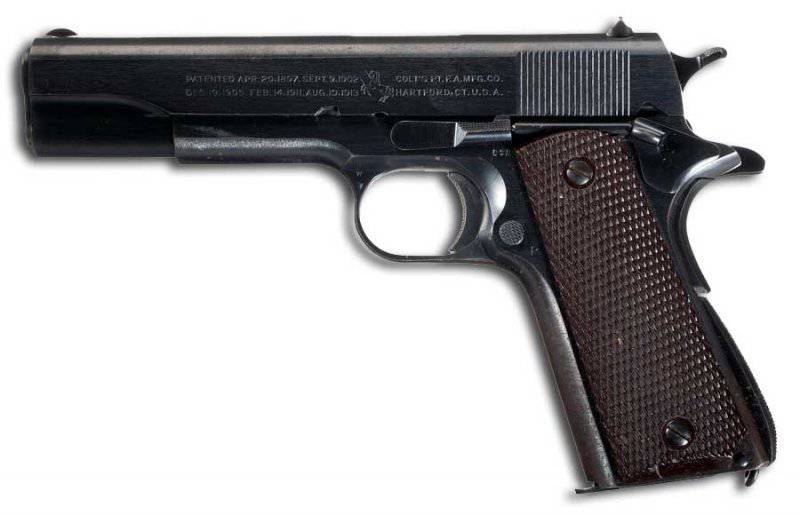 For several years, various models of pistols, both local and foreign, were tested, but the military did not stop at any of them. The pistols presented at numerous competitions, although they met the requirements, were each time rejected by the departments of the American armed vultures. After a long and hard struggle, the Italian company Pietro Beretta SpA from Brescia became the winner. 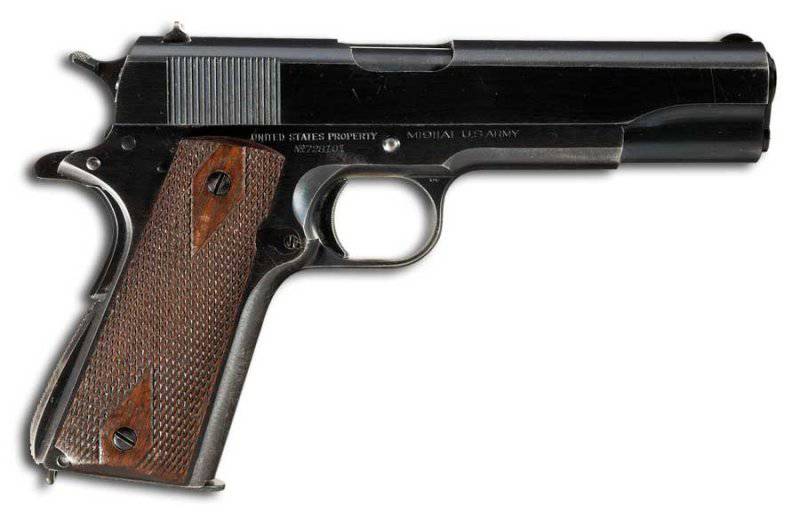 The action of the automatic pistol Colt M 1911А1 is based on the use of recoil energy of the moving barrel. The weapon has an external trigger, a fixed aiming device, a rotary safety lever, which is activated only when the trigger is cocked, and an additional pressure safety device in the handle. The width of the weapon is 32 mm, the length of the aiming line is 406 mm, the resistance of the trigger is from 2,25 to 3 kg. Firing Rate - 14 shots / min. A significant drawback of weapons, according to experts, is a large mass.

Regular handguns of the American armed forces refers to the so-called classic automatic pistols. They were exported to many countries around the world.

Weapons have repeatedly improved, improved design and parameters. Unlike the first version, the Colt М1911А1 pistol has a narrower trigger, significantly protruding from the handle, a safety catch, a convex body of a return-combat spring. From 1970, the standard model was supplied with an improved barrel mount, from 1983, with a modified sear. But in principle, the design has remained unchanged since 1911. 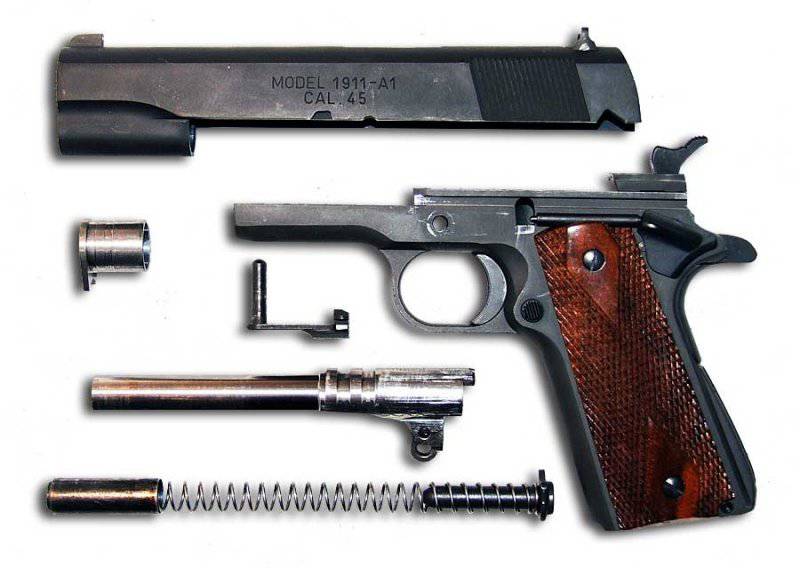 After the Second World War, many US and foreign companies tried to produce all sorts of modifications. Experiments were carried out with different calibers, shorter barrel and carriage, with a shortened handle, with a handle made of light metal, and also tried to produce sports options. In the mid-sixties, the US military, who were stationed in central Europe, received a version for the 9x19 Parabellum cartridges with a 8 magazine for cartridges.

The following modifications made on the basis of the standard model deserve special attention. These include the X-version of the Colt Super Automatic caliber .1929, the 38-mm version of the Parabellum Lüger Colt Commander, as well as the Colt Commander that appeared in 9, .45 caliber and Colt Super Caliber Commander. 38. Versions Commander were made of steel, versions of the .45 caliber and 9 mm and modifications Lightway Commander - from light metal. Since the mid-seventies, all versions of Commander and Combat Commander pistols have been manufactured using improved technologies.

According to a special press, automatic Colt pistols The 1911А1, as well as their versions of the Commander, are manufactured in the USA, which makes it easy to replace the old regular handguns with new ones.