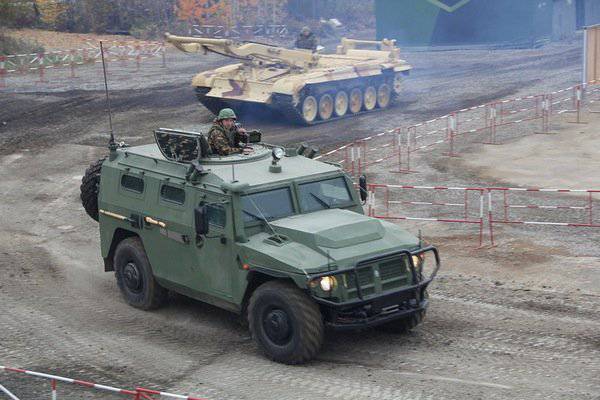 According to him, "last year the serial" Tiger "was finalized in the interests of the special forces and successfully passed state tests," the agency said.

GAZ-233014 ("Tiger") is designed to conduct reconnaissance, escort and guard columns, patrols and fire support units. It is equipped with a diesel engine power 205 hp, six-speed manual or five-speed automatic transmission. The wheel formula of the car is 4х4, carrying capacity is 1,2 t, capacity is up to 8 people, the maximum speed is 125 km / h.

The armored car has the fifth class of ballistic protection in the frontal projection and the third class - in the side and stern projections. The cabin provides space for ammunition, communications equipment and a lock of radio-controlled explosive devices, reports RIA Novosti.