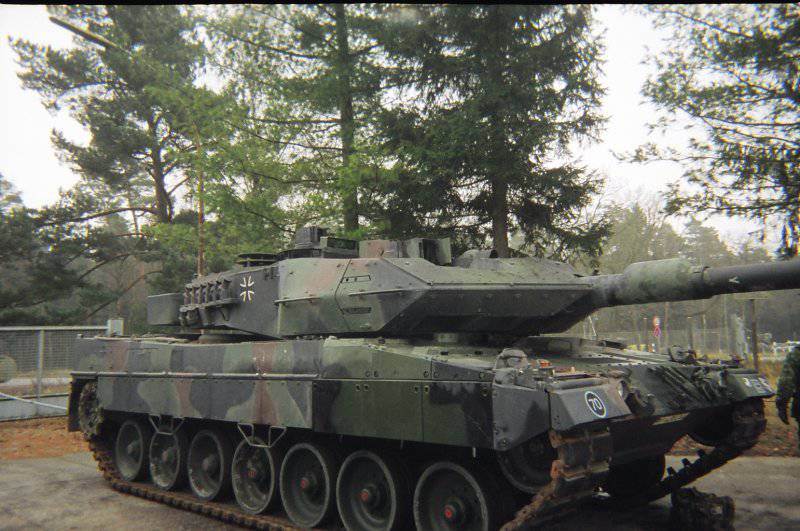 The Ministry of National Defense of Poland published some details of the procurement program for the Ground Forces of the Republic of Poland of the main combat tanks "Leopard-2", as well as related machinery and equipment.

As previously reported, in the Polish Ground Forces Training Center in Poznan 22 last November, the Ministers of Defense of Poland and Germany Tomasz Semoniak and Tomas de Mezieres signed a contract for the supply of Leopard 119 main battle tanks and related equipment from the Armed Forces Germany.

As the Minister of National Defense of Poland, Tomash Semonyak, now reported, having assessed several possible options, the Ministry of Defense of the country made the final decision according to which the tanks would go into service with the 34 armored cavalry brigade (Zagan) of the 11 armored division.

The contract provides for the supply of 119 tanks "Leopard-2", including 105 units. in version 2А5 and 14 units in version 2А4, as well as 200 units. other machinery and equipment, including:

The value of the contract is estimated at 760 million PLN (180 million euros).

The equipment will be delivered according to the following schedule:

Ctrl Enter
Noticed oshЫbku Highlight text and press. Ctrl + Enter
We are
Poland buys next "Leopards"The contract for the supply of the Armed Forces of Poland additional MBT "Leopard-2" may be signed in November
Military Reviewin Yandex News
Military Reviewin Google News
5 comments
Information
Dear reader, to leave comments on the publication, you must sign in.