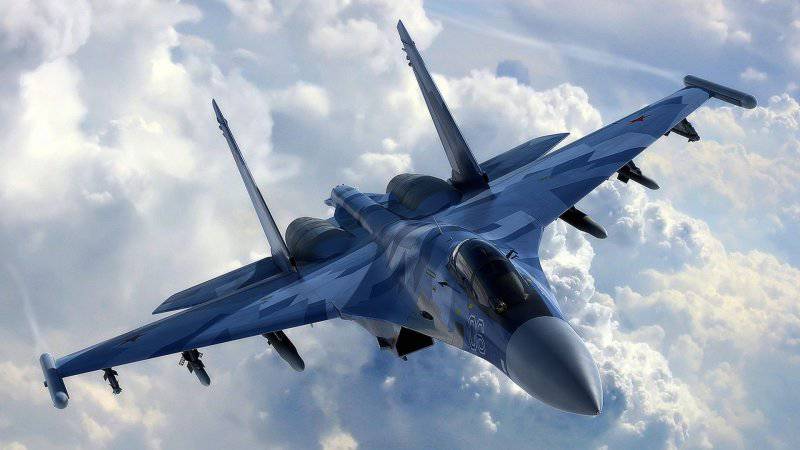 The Su-35 multifunctional fighters passed the control tests before they were delivered to the Russian Air Force, Interfax-AVN reported, citing a source in the defense industry complex. The control tests began at the end of last year and ended a few days ago. In total, more than 40 test flights were performed. The fighter fully confirmed the declared characteristics and is ready for delivery to the troops, ”said the agency interlocutor.

According to him, in the near future the first batch of four Su-35 fighters will be transferred to one of the combat units of the Russian Air Force.

The interlocutor of the agency recalled that at the end of 2012, a preliminary conclusion was received about the Su-35 fighter’s compliance with the customer’s technical requirements, which allowed the company to proceed with the mass production of the aircraft and begin its delivery to the troops.

The launch customer for the new fighter is the Ministry of Defense of the Russian Federation, which entered into a state contract for the purchase of X-NUMX aircraft Su-2009 in 48.

The fighter was developed at the Sukhoi Design Bureau. Serial production of the Su-35 deployed at the Komsomolsk-on-Amur Aviation Plant named after Yury Gagarin, part of the holding "Sukhoi". It is a deeply modernized super-maneuverable multi-generation fighter "4 ++". It uses the technology of the fifth generation, providing superiority over fighters of a similar class.
Distinctive features of the Su-35 are a new avionics complex based on digital information management system, a new radar with a phased antenna array, with a large range of detection of air targets, with an increased number of simultaneously accompanied and fired targets, new engines with increased thrust and swivel thrust vector .