Prospects for US nuclear forces: 1 trillion dollars over 30 years

January 29 2014
26
The strategic nuclear forces (SNF) of the United States of America need modernization and renewal. Nuclear weapon and its delivery vehicles become obsolete with time, both morally and physically. In the foreseeable future, the Pentagon and a number of related organizations intend to create new weapons and equipment designed to preserve the existing combat potential of the strategic nuclear forces. However, the implementation of these programs is associated with a large investment of time and money. Creating a number of new systems will cost the taxpayers extremely large sums. 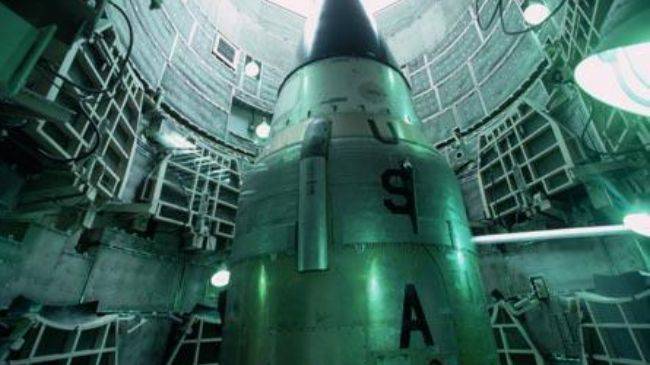 In early January, the Center for Nonproliferation Studies them. J. Martin (James Martin Center for Nonproliferation Studies - CNS) has released a report analyzing promising nuclear weapons and delivery systems, as well as their costs. The authors of the report came to not the most positive conclusions: according to their calculations, over the next 30 years, the US military will have to spend at least one trillion dollars on the development of the strategic nuclear forces. Against the background of constant cuts in the military budget, such figures look at least ambiguous.

The most expensive part of upgrading the nuclear arsenal and means of delivery is the creation of new military equipment capable of carrying nuclear-warhead missiles. Thus, the creation of a promising strategic bomber under the NGB program (Next-Generation Bomber - “Next-Generation Bomber”), according to CNS estimates, will go from 55 to 100 billions of dollars. This money will be spent on the creation of the project and the construction of no more than a hundred aircraft. It is expected that the NGB bombers will begin to enter the troops in the second half of the next decade and will gradually replace the existing equipment. It’s too early to talk about the combat capabilities of these aircraft, but the planned costs make it possible to wait for the appearance of unique equipment.

No less expensive will be the construction of promising strategic submarines. New submarines, which are being built under the Ohio Replacement Submarine program (“Submarine, replacing Ohio project boats”), will cost the treasury no less than 77 billion dollars. The upper cost limit for this project is defined in 102 billion. Currently, it is planned to build 12 submarines of a new project, which over time will replace the currently used Ohio-class missile carriers. According to reports, each of the new submarines will carry Trident D16 5 ballistic missiles.

Other items of expenditure on the renewal and improvement of nuclear arsenals, as well as on the means of delivery of atomic ammunition, imply less expenditure. Nevertheless, in some cases, the amount is much smaller compared with the construction of bomber or submarine amounts also become the object of criticism from experts. So, over the next few years, the Pentagon plans to conduct another modernization of the tactical thermonuclear bomb B61. In the framework of the LEP project (Life Extension Program - “Life Cycle Extension Program”), it is planned to create a set of equipment allowing to convert any B61 family bomb into a B61-12 modification ammunition. Such modernization should significantly improve the accuracy of the bombing, as well as allow you to raise the characteristics of existing bombs to the required level.

CNS experts questioned the feasibility of a LEP program. According to one of the authors of the report, J. Lewis, about 10-12 billions of dollars will be spent on upgrading bombs, but such spending may be useless. The fact is that the command of the air force constantly demonstrates its intentions not to equip the latest F-35 fighter-bomber with nuclear weapons. In addition, there is no consensus about the battle load of the promising long-range bomber NGB. Thus, Lewis sums it up, the Pentagon can get a high-performance bomb for 12 billion, which, however, no Air Force aircraft can carry.

Similar unjustified expenses may result in other projects within the framework of updating the Strategic Nuclear Forces. Such doubtful projects included the creation of universal nuclear warheads for land-based and sea-based ballistic missiles, the development of a long-range cruise missile and a number of other programs. All of them, according to experts, to some extent may be unjustified from an economic point of view.

In the light of current budgetary constraints, upgrading US strategic nuclear forces looks extremely difficult. It is easy to calculate what amounts the Pentagon will have to allocate annually to meet the specified trillion dollars by experts. At least 30-35 billions every year can have a negative impact on other programs of the military. Not too pleasant, but the forecast looks real J. Lewis. He believes that in the present conditions the implementation of all existing plans is simply impossible. If the military attempts to implement all the existing plans for upgrading nuclear weapons and means of delivery, this will hit hard on other promising projects.

In this regard, in the near future, the Pentagon may face a serious question. The military will have to choose between several important programs. In addition, the reduction of certain classes of weapons or even the rejection of them is not excluded. Thus, there are doubts about the need to maintain a large number of mine-based strategic missiles. Given current threats, CNS experts consider submarines to be a more effective deterrent. However, they understand that reducing or even abandoning "land" missiles will be associated with military and political difficulties.

Thus, the Pentagon and Congress are required to take certain measures that will control the costs of a particular program within the framework of the development of the strategic nuclear forces, as well as evaluate its priority. Such an approach to creating a strategy will keep the necessary funding at an acceptable level without appreciable losses in combat effectiveness. In the meantime, the development of US strategic nuclear forces is associated with a number of characteristic problems that must be overcome.