January 30 2014
12
In 2014–2018 on the world aviation the market will be delivered 471 military transport aircraft (MTC) and a Western-made tanker aircraft for a total of $ 57,2 billion. According to Western analysts, the world leader among manufacturers will be the European company Airbus Military, not only producing a heavy A400M, but also having lines for the production of small transport CN235 and C295 that are in demand on the market, which can be converted for various operations special purpose. The company will deliver 181 aircraft to the market (38,4% of the total market) and be ahead of its closest competitors - the American Lockheed Martin (157 aircraft, 33,3%) and Boeing (55 aircraft, 11,7%).


In their forecast, experts from the analytical service of Aviation Weekend Space Technology magazine did not take into account BTC manufacturers from China, Russia and India. In these countries, new machines are also being developed, but they will enter the world market only at the end of this decade. In the next five years, the leading players in the global market will include the Italian Alenia Aermacchi (37 aircraft, 7,9%), the Brazilian Embraer (29, 6,2%) and the Japanese Kawasaki (12, 2,5). %). 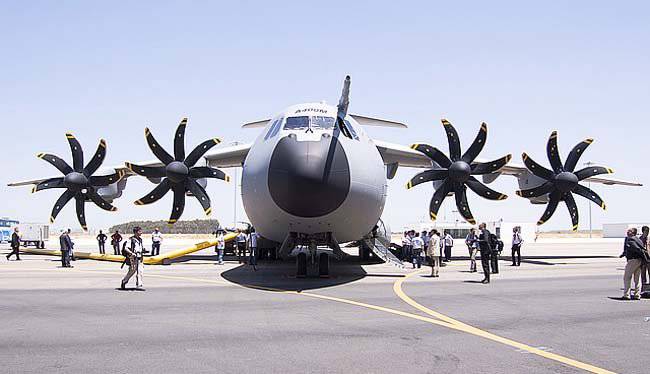 The proposed transformation of the MTC market and the shift of the center of gravity from the USA to Europe are related to the fact that in 2015, Boeing completes the production of heavy C-17. But the new alleged leader - the European A400M began mass production in 2013-m and then the first two aircraft were delivered to the French Air Force.

Although Lockheed Martin continues to issue tactical C-130J, while Boeing is developing a new KC-46A tanker for the US Air Force, a wide range of aircraft from light tactical to strategic is in demand today. Since many countries are experiencing a need for light aircraft, supplied by national companies in insufficient quantities, a steady demand has emerged on the global market for platforms of this type that can perform a wide range of tasks, from observation and reconnaissance to marine patrol operations.

Currently, the Canadian firm Bombardier is marketing the administrative aircraft of Challenger, Global and the regional Q-series turboprop aircraft, which are proposed for special tasks.

If we consider special purpose machines, aircraft manufacturers can offer various options based on the base model. Americans have a long line. Boeing produces the Poseidon P-8A for sea patrols, and its basic platform, the Boeing 737, acts as an early-warning radar detection and control aircraft (DRLO and U). Gulf Stream offers the G550 and, possibly, the following modification of the G650, not only as a DRLO and U aircraft, for reconnaissance and surveillance, but also for a naval patrol aircraft. Beechcraft is ready to supply the famous King Air C-12 turboprop as an air reconnaissance vehicle.

In Europe, ATR offers the ATR-42 Marine Patrol, and in conjunction with Terkish Aerospace Industries, also the anti-submarine ATR-72. Dassault Aviation sells commercial vehicles Falcon-900 and Falcon-2000 as maritime patrol aircraft. "Pilatus" found application for single-engine turboprop PC-12 as a scout. Piaggio is developing a version of the maritime patrol aircraft based on the twin-engine AX Aranty P180 turboprop, the prototype of which will perform the first flight in the 2014 year. 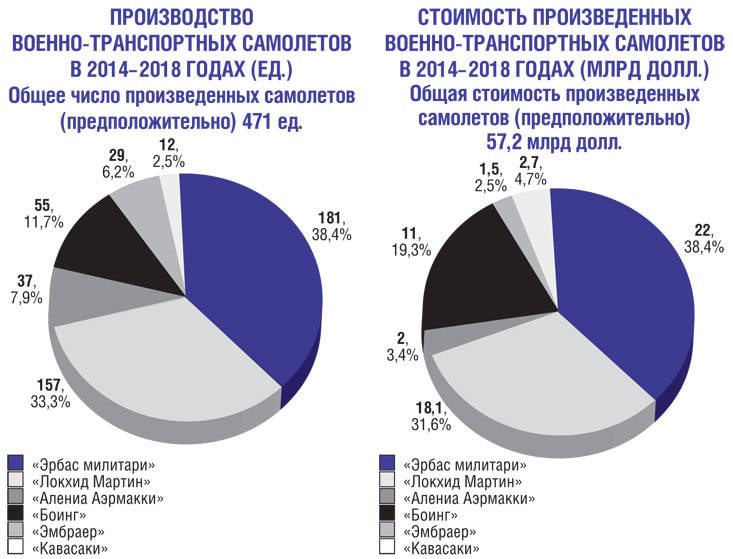 The Brazilian Embraer supplies India with EMB-145 as a DRLO and U aircraft, and also produces, based on a regional jet, options for reconnaissance and sea patrols. Even regional brands removed from serial production are offered for modification to the option that is right for the customer. For example, BAE Systems sells a cheap BAE-146 / Avro-146 tanker. "SAAB" produces marine patrol "Swordfish" and "Airtreyser" for electronic intelligence. Both modifications are based on the SAAB-2000 model, which is already in operation as an ARLO and Eriay aircraft.

Tactical transport aircraft are also suitable platforms for special missions. The Lockheed Martin Corporation demonstrated, in particular, the KC-130J US Marine Corps with the Harvest Hawk - high altitude weapons kit, as well as the Shadow Harvist surveillance and reconnaissance system. The company continues to search for launch customers for the version of the SC-130J "Sea Herk" antisubmarine defense aircraft and sea patrols. Airbus supplies C295-based models as DRLO and U aircraft with an on-board radar with active phased antenna array (AFRL) from Israel Israel Aerospace Industries, and also tests this aircraft with a set of retractable fire fighting equipment.

Alenia Aermakki, with partners from ATK and Seleks ES, received an initial order from the Italian Air Force for converting six of the X-NUMX military transport C-12J into reconnaissance-assault aircraft MC-27J, equipped with removable modules with an 27-mm aircraft gun, optical electronic equipment and other special onboard systems. Seven US C-30J are transformed into aircraft intended for command of special operations of the Air Force, but no information about their intended modification is given.

Romania intends to use its C-27J for fire fighting. Showing interest in small-sized special-purpose platforms, Boeing chose Bombardier’s administrative plane Challenger-605 to create a Maritime Surveillance Aircraft maritime patrol based on it. A Boeing-owned copy of Challenger 604 is modified by installing radar, optoelectronic equipment, electronic support equipment and special purpose systems based on Poseidon P-8. Demonstration to potential customers is scheduled for 2014 year, and in the MSA version the machine will be ready for implementation with 2015.

Following the trend of using administrative aircraft as special-purpose air platforms, the Israeli Israel Aircraft Industries created on the basis of the Gulf Stream G-550 variants of electronic reconnaissance, DRLO and U and aerial reconnaissance aircraft. The Global model of the Bombardier Company is used for reconnaissance of the battlefield and communication system. The most popular machine for manned reconnaissance flights today is the twin-engine turboprop King Air of Beechcraft. For example, the US ground forces are armed with a large fleet of various modifications of King Air under the designation C-12 and have already begun to implement the program of a promising multi-purpose aircraft to replace the 112 of the existing C-12 with a unified aerial platform. In March 2013, an aircraft company was asked to provide the necessary information on a twin-engine product with high flight performance, capable of flying in poor visibility conditions.

The US Army, together with Boeing, is also continuing to develop an improved medium-height reconnaissance and surveillance system EMARSS (Enhanced Medium Altitude Reconnaissance and Surveillance System) based on King Air 350ER. The EMARSS program provides for the creation of an observation aircraft with a wide range of necessary combat capabilities, including the rapid collection, processing, integration and dissemination of real-time intelligence information that is of great importance to military personnel in a theater of operations. EMARSS aircraft must provide ground forces with the ability to detect, locate, classify, identify, and support ground targets in all weather conditions and at any time of the day. So far, Boeing has built four prototypes, but the launch of mass production under the EMARSS program is still in question.

As for the United States Air Force, budgetary constraints may lead to the abandonment of the X-NUMX-purchased fleet of X-Men X-Numx reconnaissance aircraft MC-2009W Liberty, urgently created on the basis of King Air in accordance with operational requirements in the Afghan theater of operations.