Bangladesh will learn to fly. Armed forces of the country will acquire 24 aircraft Yak-130 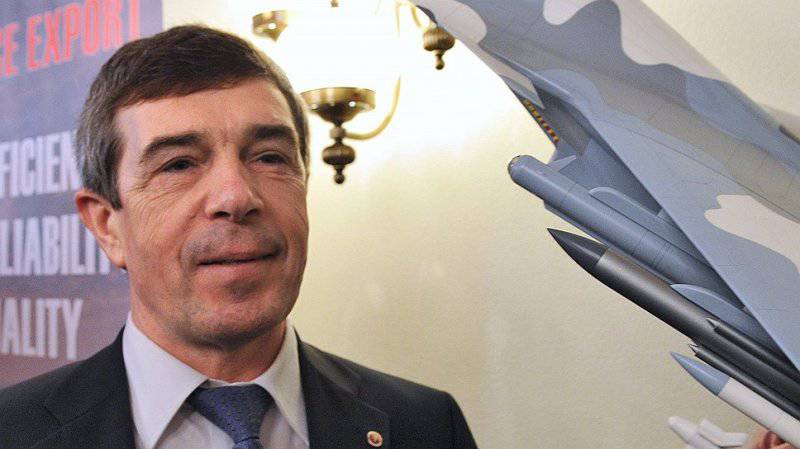 Rosoboronexport special arms exporter of Russian weapons and the Ministry of Defense of the People’s Republic of Bangladesh signed a contract for the YN-24 training and combat aircraft. As it became known to Kommersant, the deal was concluded in the fourth quarter of 130, its value amounted to about $ 2013 million, and the purchase is made on account of a loan allocated by Russia to Bangladesh in January of 800. The first aircraft are expected to be handed over to the customer next year.


Rosoboronexport CEO Anatoly Isaikin spoke about signing the contract to Kommersant (see the interview in Kommersant on January 27). The head of the arms exporter did not name the exact amount of the transaction, but a Kommersant source close to the company clarified that it was about $ 800 million, and the transaction was finalized in the fourth quarter of 2013. “The planes will be acquired as part of the state loan,” the source added to Kommersant, recalling that agreements on allocating $ 1 billion from Bangladesh from the Russian budget to Bangladesh were reached during a meeting between President Vladimir Putin and Prime Minister Sheikh Hasina Wazed in the Kremlin last January.

Sources of Kommersant working in the system of military-technical cooperation, called the allocation of the loan "geopolitical gesture", which "will demonstrate our interest in promoting weapons to the markets of South Asia. "Kommersant’s interlocutors then suggested that the republic’s main interest would be directed to Mi-171 and Mi-17V5 helicopters, BTR-80 armored personnel carriers, Tanks T-72, as well as Su-27, Su-30MK2 and MiG-29SMT fighters.

Options for the supply of these types of weapons could be implemented, a Kommersant source close to the Russian special exporter is recognized, but then the wishes of the Ministry of Defense of Bangladesh would then go beyond the scope of the loan, and Moscow did not provide additional allocations. Because of this, the military had to revise the list of special equipment several times, until the total cost of weapons was exactly $ 1 billion. As a result, aviation of the constituent parties agreed on the purchase of the Yak-130 as a kind of intermediate option: due to their tactical and technical characteristics, aircraft of this type are capable of solving several problems at once. “They will be able to train pilots on them and, if necessary, conduct combat operations,” the source said.

According to the vice-president for marketing and external relations of the Irkut corporation (it includes the Yak-130 manufacturer - the Irkutsk Aviation Plant) Vladimir Sautov, the equipment of these aircraft will be basic: the English-speaking cockpit equipment was the only wish of the customer. According to preliminary information, the plant will be able to begin deliveries of the first batch of aircraft to the customer already in 2015.

“With this purchase, Bangladesh will close the need for combat training aircraft for many years,” says Andrei Frolov, editor-in-chief of the specialized magazine Arms Export. “You can learn how to manage fighters of various generations with the Yak-130.” In his opinion, in the coming years, the Bangladeshi military will be able to purchase a batch of used MiG-29 or Chinese F-7 (analogous to MiG-21, produced in China) in order to retrofit its armed forces with heavy fighters and apply the skills gained through Yak- 130.

It should be noted that the Irkutsk Aircraft Building Plant is now loaded with orders through the Ministry of Defense of the Russian Federation - in particular, the contract from 2011 for the supply of 65 aircraft of this type is in progress. In December of the same year, the first export contract for the supply of 16 aircraft to the armed forces of Algeria was executed, and in 2013, the production of the first 36 units of the Yak-130 for the Syrian Air Force began. However, as Mr. Isaykin assured Kommersant, they have not yet entered the country.