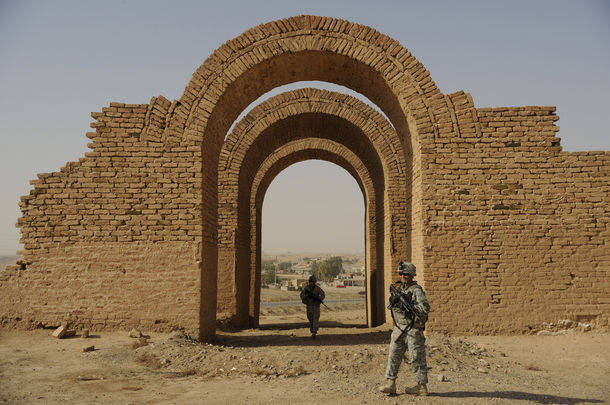 It's been more than two years, as the complete withdrawal of US troops from Iraq, and the rest do not have nor the inhabitants of this troubled country, nor any of their former occupants.


Barely begun 2014 year as an internet portal TMZ posted pictures on which American soldiers scoff at the bodies of dead militants. The photographs were taken in 2003 in Fallujah, where marines were photographed against corpses, and then burned them.

Scandal erupted just, and he was replaced already in a hurry the last details of the report to the US Congress, the Special Inspector General for Iraq Reconstruction (Special Inspector General for Iraq Reconstruction, SIGIR) Stuart Bowen (Stuart Bowen). With all the reluctance to "wash dirty linen in public" (wash one's dirty linen in public), he was forced to admit that a large part of the 60 billions of dollars allocated to this program was actually thrown to the wind. 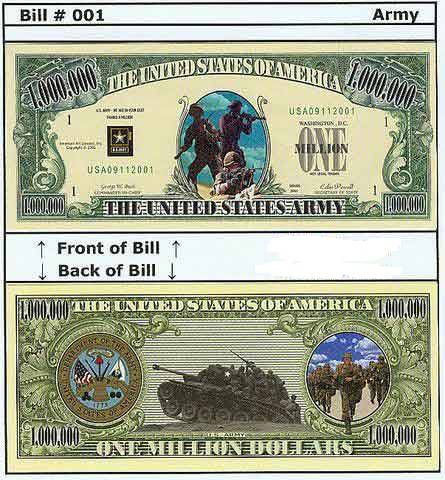 The main defendant for all the charges is the US Department of Defense, which, as the inspectors found out, lacks the normal financial documents for 8,7 billion of the nine dollars spent on rebuilding Iraq from 2004 to 2007. In the summer of 2010, when these figures were first made public, the US military said that all the necessary reports were available, but “filed to the archive” and “it will take considerable time to find it.” It took more than three and a half years, and the bureaucrats from the Pentagon have not provided a single piece of paper. Most likely, the documents were received in the same way as in neighboring Afghanistan - they burned, blew up, lost ...

The Iraq war, which began with the global deception of Colin Powell, ultimately turned into a tremendous trick. Here are just a few examples.

* Back in 2004, the Pentagon began constructing a Khan Bani Saad correctional facility in the eastern province of Diyala for 3600 locations. However, after spending three years and 40 million dollars, the US military abandoned the half completed project. The Iraqi authorities did not need a prison either.

* In the west of Iraq, in the infamous Fallujah eight years, construction of sewage treatment plants, the cost of which has already exceeded 108 million. Dollars. This year, they promised to start, providing only 9000 homes, although the initial draft of this money should be enough to 34 000 homes. This means that most of the city will still remain without water and sewage, unless local authorities find 87 million more to complete the work.

* During the invasion, the US Army bombed the strategically important Al-Fatah bridge in central Iraq, damaging the pipeline running through it. The occupation authorities allocated 75 million dollars for the restoration of objects. However, according to the tradition that has become familiar to Iraq, the final estimate was almost 30 million higher.

* The Coalition Provisional Authority (CPA) Coordinating Forces Administration in Iraq employed 8206 security guards, however, the inspectors were able to find payroll records for 602 people only. From which the suspicion arose that all others are "dead souls."

* 20 billions of dollars spent on equipment, training and arming the Iraqi security forces also raise questions. The fact that their fighting efficiency does not correspond to the astronomical sum of expenses in any way suggests that a considerable part of the money was simply stolen.

Here it is necessary to make one important clarification. Much of the money spent on rebuilding Iraq is the money that the UN got from selling Iraq’s energy resources (about $ 40 billion) in a special program and from selling Saddam Hussein’s seized assets. It turns out that the United States robbed Iraqis twice: first, at the expense of hydrocarbon raw materials mined in Iraq, they paid for the restoration of what they themselves had destroyed, and then also stole billions!

For the United States, “exporting democracy” has long been a business that makes impressive profits. Therefore, before the bombing of Iraq was completed, the Pentagon began a battle with the State Department for the right to manage the dollar flows to rebuild the country. President George Bush, in a serious fight between the military and diplomats, contrary to the law and indignation of Congress, supported the former. As a result, the US Department of Defense was charged with financing three-quarters of all projects under the Iraqi recovery program (the State Department received only one-tenth). And this is a huge market: reconstruction of industrial enterprises and objects of the oil and gas sector, civil engineering, training of Iraqi security forces, security services. Pentagon officials called on trusted companions from contracting firms, companies, and corporations, many of whom were led by former military or those closely associated with the White House, to master the wealth that fell into their hands.

For example, the Bechtel Group is one of the largest engineering and construction companies in the United States, whose proximity to the George W. Bush administration was no secret to anyone. A month has not passed since the beginning of the war, as Bechtel won a one and a half year contract worth 680 million dollars for the restoration and repair of Iraq’s energy infrastructure. By the time the money ran out, the Iraqi power plants were able to issue only 20% of their pre-war power. For comparison: in the 1991 year after the first Gulf War, local specialists, despite the UN sanctions, took only three months to fully (!) Restore the power supply of the whole country.

Another White House-affiliated company, Halliburton, worked no less "effectively" in Iraq. Dick Cheney, who later became vice president under George W. Bush, was its executive director for more than five years. If Halliburton ended the year prior to receiving Iraqi contracts with a total loss of almost half a billion dollars, then in the second quarter of the next, the company made a profit of 324 million dollars. How "money is made out of thin air" in Iraq, clearly demonstrated by Kellogg Brown & Root (KBR) - a subsidiary of Halliburton. Having simultaneously received contracts for the supply of gasoline for the CPA, and for the restoration of the oil and gas infrastructure of Iraq, KBR began to import fuel from neighboring Turkey and Kuwait, reselling it at twice the price. And in order not to create competition for their own business, extinguishing oil wells, repairing factories and pipelines was delayed as much as possible.

Anhamham LLC, a Virginia-based company based in the United Arab Emirates, was engaged in overt speculation in Iraq. Hired by the Pentagon to maintain and operate warehouses and distribution centers in the port of Umm Qasr, Anham came to the attention of SIGIR because of its exorbitant appetites. Using the well-known scheme with a chain of dummy firms and subcontractors, the company managed to overestimate the cost of work and equipment on 5000, or even 12000. For example, the water level sensor, which competitors cost 7,05 dollars, was sold to the Pentagon for ... 900! And ordinary water pipes for 1,41 dollars per meter from Anham in Iraq bought for 80 dollars. 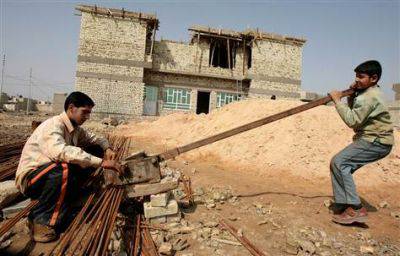 One can only guess what monstrous machinations committed on the ancient land of Mesopotamia, hide the depths of the Pentagon and the corridors of power in Washington. After all, according to the calculations of the Congressional budget service, the United States spent more than 2014 billion dollars on the Iraq war by the 767 year. Harvard University professor Linda J. Bilmes is confident that wars in Afghanistan and Iraq will be the most costly in stories countries and ultimately cost US taxpayers 4-6 trillion. dollars. "The consequences of the decisions taken by Washington during the wars in Iraq and Afghanistan,” Bilmes predicts, “will be for more than a decade more than the federal budgets of the United States.”

Ctrl Enter
Noticed oshЫbku Highlight text and press. Ctrl + Enter
We are
List of destroyed the largest and most high-tech enterprises
Military Reviewin Yandex News
Military Reviewin Google News
22 comments
Information
Dear reader, to leave comments on the publication, you must sign in.