The Russian way of the United States, or the American oligarchy

January 30 2014
95
Michael Collins Piper published in the publication "American Free Press" article under the promising title: "Putin-style politics can save the United States." The author is confident that the current United States is moving along the path taken by Russia. American “money bags” in times of crisis are ready to ravage the entire economy of the country. What the conservatives call "free enterprise" is actually similar to what happened in Russia after the collapse of the USSR, when the "vultures" took control of the economy and gained political power. 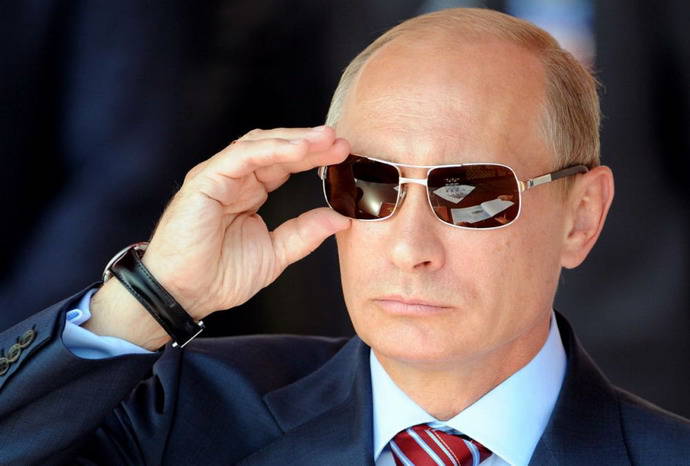 It is hardly necessary to remind readers of what happened at the beginning of the 1990-s, when gentlemen of liberal reformers ruled Russia. But nevertheless, we shall precede the retelling of the material by an American journalist with a small paragraph of his own.

The doctrine of "monetarism" (the word was purposely put in quotes, because with the help of this well-known economic scenario, awarded by the Nobel Committee, many economies were destroyed), vouchers, Chubais, Gaidar, crazy inflation, American cigarettes, coveted coca-cola and beer in fantastic prices, “exchanges”, “check investment funds”, “MMM” and “Hopper-Invest”, rampant banditry and racketeers' prosperity, shooting in the streets, massive impoverishment of residents of cities and villages who believed in western paradise, the rapid spread of alcohol ism and addiction ... In the end - a sharp decline in population, the extinction of the Russian people a million a year. All this happened against the backdrop of appeals by the authorities on TV for the “revival” of Russia and the construction of “democracy”. Apparently, in the framework of this very "democracy" fit, according to Yeltsin's concepts, and October 93. As a result, the Chubais privatization period (its first stage) was considered by the Duma “unsatisfactory” (1994). The socialist national wealth under the liberal democratic silence and the traditional propaganda of a bright future (already capitalist) in Russia was simply stolen by a handful of future oligarchs.

Approximately the same thing, obviously, Mr. Piper discovered in the present native America. Under the propaganda of the traditional values ​​of “entrepreneurship,” future oligarchs rush to the very heights of wealth and power.

The United States is dear to Russia. Large money lords, media barons and other insider capitalists took the American system by the throat. This is reminiscent of Russia after the collapse of the Soviet state. A handful of greedy vultures, a total of just over a dozen, the author writes, seized control of the Russian economy and the political apparatus that emerged from the remnants of the communist superstructure.

These so-called “oligarchs,” said the journalist, are mostly not ethnic Russians, but Jews. They became the new ruling class in Russia. Profiting from the Russian people, they plundered the economy and bought control of the media, while at the same time cooperating with the Western circles represented by the Rothschild dynasty.

In America, the picture is slightly different, the author further notes.

Former US parliamentarian David Stockman (Republican, from the state of Michigan) condemned the growth of “crony capitalism,” which, he said, is by no means traditional conservatism. It was this "crony capitalism" that dumped America on debt and generated financial collapse. Increased military spending. The US became entangled in reckless foreign operations, playing the role of a world gendarme.

What to do? But there are no decisions by supporters of such a policy.

As mentioned by Stockman, supporters of this policy are not able to offer anything to either Wall Street, or the military-industrial complex, or the Federal Reserve System.

In fact, the era of so-called “dollar-cracking” (the term used by media critics by John Nichols and Robert W. McChesney) has arrived in the United States. Dallococracy - this is what destroys America. Mass media are also serving as dollar rats.

A handful of billionaires, liberals and conservatives, the author claims, starting with a predator-speculator named Schwartz György (aka George Soros, George Soros) and ending with magnate Sheldon G. Adelson and his Israeli wife Miriam are the sources of financing American politicians. And this, the journalist points out, almost no one disputes. An avalanche of unaccountable money through the so-called super PAC (political action committees, KPD; see more here, in English. lang.) covers our choices and allows media companies to rake in billions of profits on advertising revenues from the mentioned efficiency.

And this is all exactly what happened in Russia. So yes, the author writes, America chose the path of Russia.

However, today the paradigm is changing in Russia.

Vladimir Putin, an American journalist believes, decided to face off with those greedy oligarchs who once brought him to power. While the kleptocratic princes still control 70% of the Russian media, Putin is carefully thinking through a strategy in a multi-level geopolitical chess game, leading the fight not only against the opposition in his own country, but also with its allies among schemers from New York, London and Tel Aviv.

Who will win the game? It remains to be seen.

However, the American media under Zionist control, the author writes, convince the public that Putin is a “secret socialist,” and he is going to conquer the world.

The truth is, Michael Collins Piper is sure, that if we Americans want to return to good old Americanism, we will have to follow the path of Russia and find a leader like Putin.

Observed and translated by Oleg Chuvakin
- especially for topwar.ru
Ctrl Enter
Noticed oshЫbku Highlight text and press. Ctrl + Enter
We are
Results of the week. “Excuse me, aren't you crazy?” - “No. I have a certificate "Strangulation: the context, conduct and consequences of the American naval blockade of China
Military Reviewin Yandex News
Military Reviewin Google News
95 comments
Information
Dear reader, to leave comments on the publication, you must sign in.