January 28 2014
129
A few days ago, work under the project for the repair and modernization of the heavy nuclear-powered missile cruiser Admiral Nakhimov (the 1144 Orlan project) went into the active phase. Over the next few months, the staff of the Severodvinsk enterprise Sevmash will prepare the ship for the main work. It will lead into the bulk pool, after which the dismantling of some units and the installation of others will begin. Currently, shipbuilders are preparing special equipment designed to transport the ship. 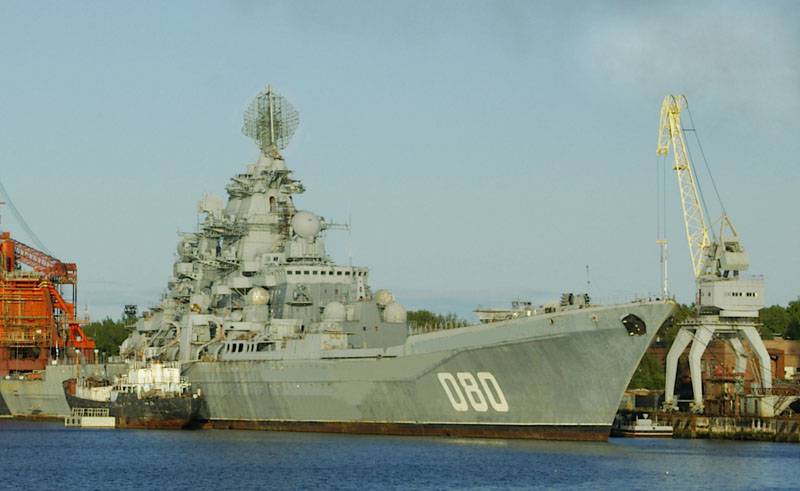 In May, 2013, the Deputy Minister of Defense, Y. Borisov, and the General Director of Sevmash, M. Budnichenko, signed a contract according to which the shipyard should repair and upgrade the cruiser “Admiral Nakhimov”. This ship in the middle of 1999, was put on medium repair. For a number of reasons, this repair was delayed and the cruiser remained until recently at the berth of the Sevmash. A few years ago, preparations began for a full-scale modernization of the ship with a radical upgrade of electronic equipment and weapons.

According to the press service of the Sevmash plant, the schedule for the current 2014 year is already ready. The first and most difficult task that needs to be completed in the near future is the transfer of the Admiral Nakhimov cruiser from the mooring wall to the bulk basin. To this end, the ship will facilitate, dismantling part of the large and heavy equipment that needs to be replaced or repaired. In addition, now employees of Sevmash are building special pontoons, with the help of which the cruiser will be transferred through the threshold of the bat-port. Also, the cruiser "Admiral Nakhimov" will soon be transferred from regular power to technological.

The project of upgrading the heavy nuclear missile cruiser “Admiral Nakhimov” is being developed by the Petersburg North Design Bureau (SPKB), which had previously developed the Orn 1144 ships themselves. Details of the project are not yet known. During the last time, various information about various features of modernization has repeatedly appeared, however, it is extremely scarce and in most cases has not received official confirmation. 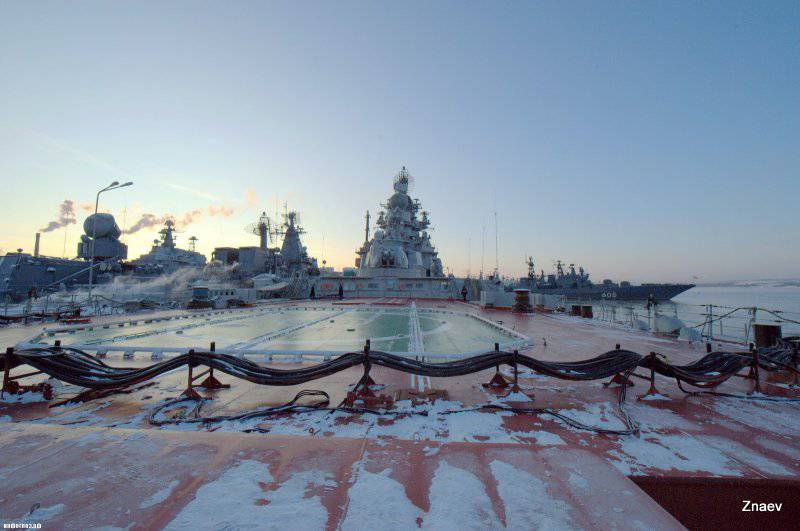 After the ship is moved to the enterprise’s bulk pool, the dismantling of the old and installation of new equipment and weapons, as well as the repair of various structures and assemblies, will begin. Last summer, shortly after signing the contract for repair work, information appeared about the possible composition of weapons that the Admiral Nakhimov cruiser would receive during the modernization. According to an unnamed source at Interfax in the naval navy, the cruiser should receive the new Poliment-Redoubt air defense systems, as well as the Caliber multipurpose missile system. With the help of such weapons, a missile cruiser can perform a wide range of tasks and hit various targets: enemy submarines and ships, as well as aircraft and coastal targets. In September last year, the Commander-in-Chief of the Navy V. Chirkov said that after modernization the Admiral Nakhimov would carry up to 80 missiles for various purposes.
According to the agency ITAR-TASS, received from unnamed sources in the United Shipbuilding Corporation, only part of the ship’s weapons and electronic equipment will be replaced. The main power plant will be repaired, but will remain the same. It is intended to increase the technological and radiation safety of a nuclear reactor and associated elements of a power plant.

According to the current plans, the repair of the cruiser “Admiral Nakhimov” will last until 2018, after which he will continue to serve in the Russian navy. In the future, the developments on the modernization of the cruiser “Admiral Nakhimov” can be used to restore or repair other ships of the 1144 “Orlan” project. Currently, there is only one such cruiser in the fleet, the Peter the Great. Two more ships, with the exception of the Admiral Nakhimov sent for repair, are in reserve. Their further fate remains unknown. They may also be restored and will continue to serve, but there is reason to doubt it.

Repair and modernization of the missile cruiser "Admiral Nakhimov" is one of the most complex projects of recent times. The available information on plans for upgrading equipment and weapons allows us to imagine how complex the modernization of the ship will be. In addition, the age of the cruiser and almost 15 years spent at the quay wall, could not but affect its condition. The result of a long and complex repair, the cost of which, according to various sources, will reach 50 billion rubles, will be the upgrade of the ship. As a result, the cruiser will be able to improve its combat capabilities. 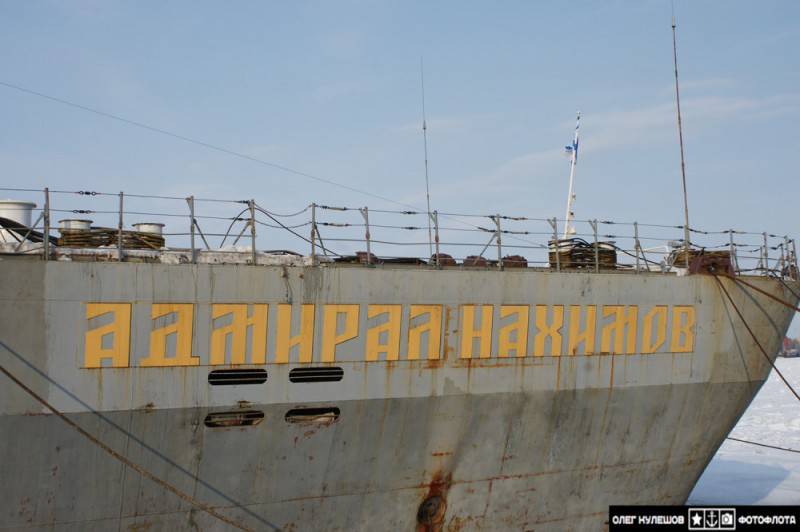 During the repair and modernization of the cruiser "Admiral Nakhimov" will be used the experience gained in the course of work on updating the aircraft carrier Vikramaditya. In this case, however, the repair of the Russian cruiser will be more difficult, since the aircraft carrier sold to India had a more modest weapon system and was not equipped with a nuclear power plant. The complexity of the project, in particular, may lead to a shift in the completion of repairs. However, the installation of new systems and equipment will begin no earlier than the last months of this year. In the meantime, the main task of the shipbuilding plant “Sevmash” is to prepare the cruiser for further work and transfer to the bulk basin. Only after that will the main repairs and modernization of the ship begin.