January 27 2014
42
Tomasz Simonyak, head of the Ministry of National Defense (MNO), carefully avoids using the phrase “a turning point for the Polish army”, since the turning point was to be already 2013, in which it was planned to allocate about 8 billion zlotys (more than 2,6 billion dollars) . However, it turned out that the budget should be sequestered and the largest reductions (ca. 2 billion zlotys, 650 million dollars) affected the INR budget. That is why the MNO is now trying to avoid accurate information about what types of armaments and when they should be in the military (about which the opposition made claims at the meeting of the Seimas Defense Commission), the Polish newspaper Vyborcha informs.


In 2014, the INR budget will be 32 billion zlotys - almost as many as planned in 2013. Thus, there is no talk about the reimbursement of expenses cut down in 2013. The modernization of the MNO Defense allocates 8,17 billion zlotys, including 3,5 billion zlotys to 14 strategic programs.

However, there are no signs that serious strategic programs have been launched, such as an air defense and anti-missile defense program or a helicopter program.

In accordance with the original intentions, in the spring of 2014, one of the most important tenders for the purchase of 70 combat helicopters was to take place. The most intense competition takes place between the American company Sikorsky, the Italian concern AgustaWestland and the French Eurocopter. The first deliveries were planned for the end of 2014. However, from the budget, which involves the allocation of 140 million zlotys for the purchase of fighters, it follows that the INR can, at best, purchase helicopters for VIPs.

Also on the air defense will go about 150 million zlotys. This means that the army will buy two Soła radar stations and Thunder anti-aircraft missiles. It will take a very long time to wait for purchases of antimissiles for the “Polish antimissile shield”.

The MNO’s budget contains 240 million zlotys for the purchase of training aircraft. This means that the tender may soon be completed, which stretches from 2010. We are talking about 8 aircraft (possibly an increase in purchases by 4). Italian M-346, Korean T-50 (presented by American concern Lockheed Martin) and Hawk of British concern BAE Systems are fighting in the tender.

Additional funding will receive the Navy. In the coming year, the INR wants to allocate 850 million zlotys for its needs. Part of the money will go to complete the construction of the Gawron corvette, which lasts from 2001, during which time the corvette, however, turned into a lązak patrol ship. The MNO signed the last treaties regarding its equipment in the autumn, and this Polish ship is a long-term builder, has a chance to finally be built by 2016.

One of the Oliver Hazard Perry type frigates will be sent to the US for repairs, although some experts criticize these costs, noting that this is an outdated vessel. In addition, construction of two mine destroyers will begin, and NSM anti-ship missiles for coastal defense will also be purchased. Perhaps next year will begin a tender for CASA-295 aircraft in the version for maritime patrols.

At the same time, there is no data on the beginning of the modern combat equipment program for the soldiers of Tytan (40 million zlotys recorded only for scientific research). It is known that the army is also preparing for the introduction of a revolver grenade launcher (similar to those used by the US Marines).

From the data of the INR, it follows that in 2014 Poland a significant part of the funds (404 billion zlotys) will be directed to the purchase of electronic systems of guidance and support for the battlefield. These tools are associated with the Rosomak program, since the guidance blocks packed with electronics are intended for use in these conveyors. In the same year, a contract should be concluded for the supply of the next 2018 machines of this type to 307. 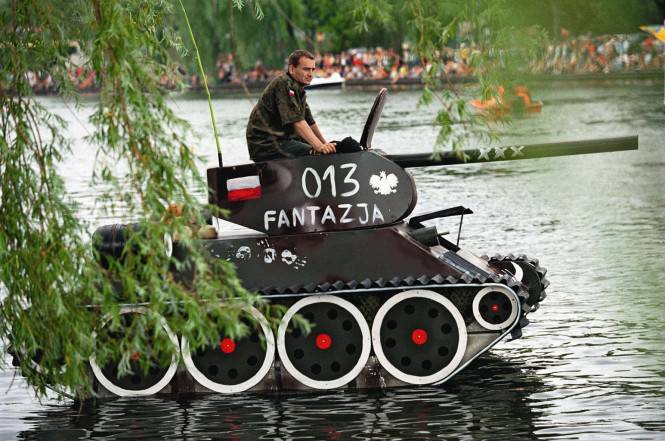 The army once again will not buy a single new tank. However, she will receive 119 Leopard tanks from the German Bundeswehr with technical equipment in addition to 128 tanks of this type, which are already in service with the Polish army and which will be modernized and additionally equipped.

One of the latest decisions of the retired General Waldemar Špischach concerned the purchase of medium-duty trucks. We are talking about targeted funds allocated to engines manufactured in Poland. The total number of new trucks should be 910 units, but the first deliveries will begin only in 2015.

However, the possibility of these purchases of MNOs will be reliably known only in the middle of the year.