March 29 2011
7
German ground forces received the first Boxer armored personnel carriers ordered, reports Defense Aerospace. Currently, the first 8 of armored personnel carriers are being trained before being sent to Afghanistan. It is expected that the cars will be sent to Afghanistan in August of this year. They received the 292 th Jäger battalion.

They are also used to train drivers in the military school of drivers in Dornstadt - the school received 7 training armored vehicles in the 2010 year. Conducting training on new cars, the German military also conduct their evaluation. In case of detection of any problems, the corresponding notification will be sent to the manufacturer - Boxer PD.

The contract for the purchase of such armored vehicles was signed at the end of 2006 of the year. In total, the German Ministry of Defense acquired the 272 BTR Boxer. The AFV for the German Armed Forces will be manufactured in three versions: 135 BTR, 65 command and control vehicles and 72 armored ambulances. At the same time, in the future, the total number of such vehicles in service is planned to be increased to 1000 units. 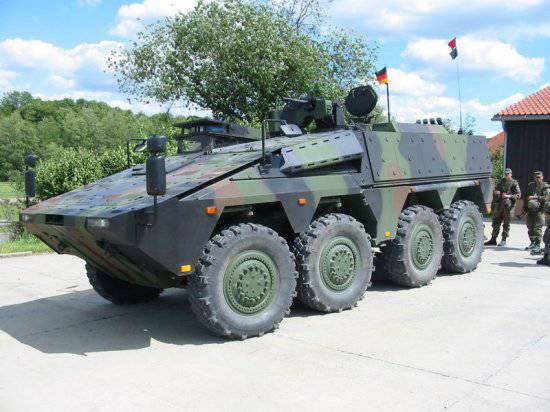 The governments of Great Britain and Germany in November 1999 signed an agreement on the joint design of a new generation of armored personnel carriers, which received the name Boxer. In England, the program was called MRAV, and in Germany it is known as Gepanzertes Transport-Kraftfahrzeug (GTK). In February, 2001 will be interested in the project by the Netherlands, and then they will join it. In the Netherlands, the project received the code Pantser Wiel Voertuig (PWV). And in December 2002, it was announced that the BTR will be called "Boxer".

The project was managed and overseen by the European Arms Agency, OCCAR (Organization for Joint Armament Cooperation). In July, 2003, the Ministry of Defense of England, announced its withdrawal from the project, citing the creation of its own system of FRES. The first prototypes were built on December 2002 of the year, in October the first modification of 2003 appeared - the command post based on the BTR Boxer. BTR testing ended in the 2006 year. In July 2006, the Dutch parliament approved the purchase of the first batch of 200 BTR Boxer, and in December of the same year, Germany approved the purchase of 272 machines (including the 72 sanitary option). The production contract was signed on 19 in May of 2006 with ARTEC. 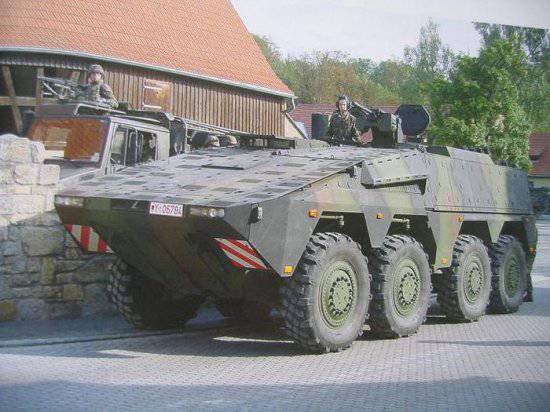 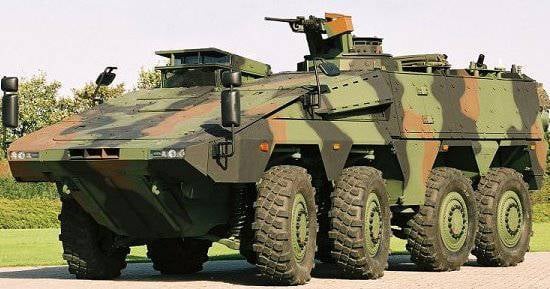 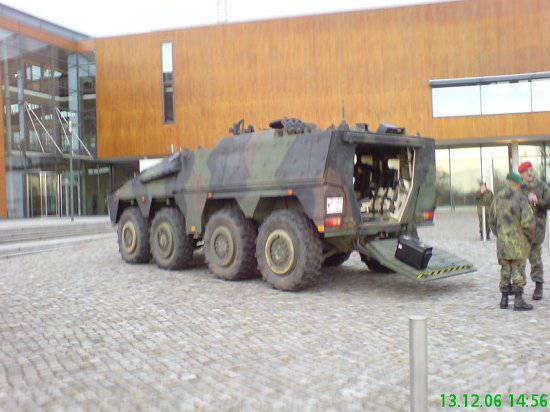 The main body of the vehicle consists of solid steel, and is equipped with "modular armor", it provides protection against bullets and fragments of artillery shells and anti-tank mines. It is possible to install new armor, which will provide protection against RPGs (of course, it is not indicated which RPG with which charge). The machine performs various tasks and has several modifications: armored personnel carrier, command vehicle, ambulance, “fighter tanks". Cost - 3 million euros.

The layout is modular. That is, the undercarriage and the department are produced as a base, and then, depending on the order, an airborne or sanitary department, an office for calculating an ATGM or a mortar etc. are mounted.

In front of the car, the designers of Krauss-Maffei Wegmann used the same layout with rational armor slope angles, as on the Puma BMP, and the same front engine layout. It should be noted that the "rational angles of inclination" of the upper armor plate are actually made based on the use of active armor, and not at all out of hope to cause a ricochet of a sabot projectile. Although rebound with such a strong slope is quite likely. 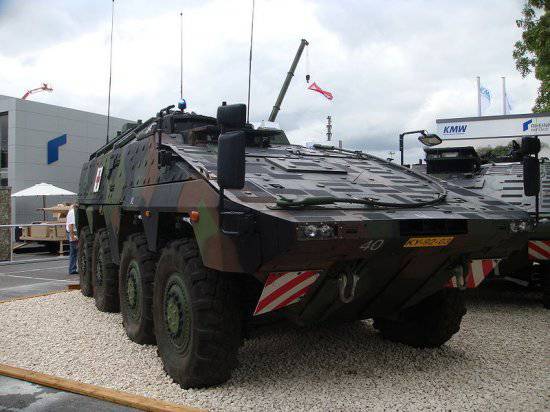 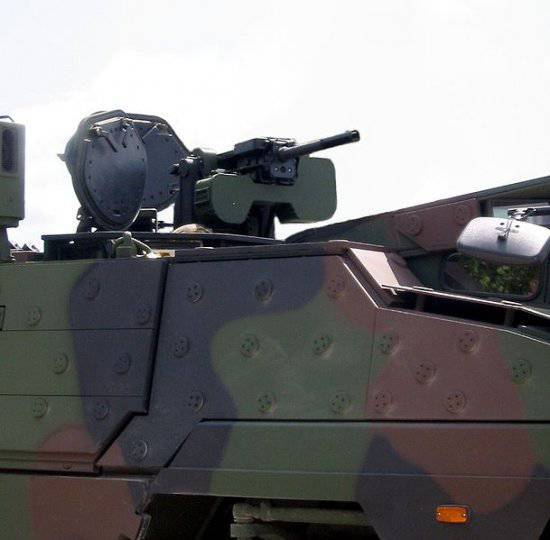 It is assumed that this BTR will replace in the Bundeswehr part of the Marder-1 BMP and the М113 BTR. During the Eurosatori-2010 exhibition, Krauss-Maffei Wegmann presented a prototype of the Boxer BBM equipped with a module with an 30-mm stabilized Mk.44 ATK gun with two-sided power and a twin machine gun. At the same time, Rhinemetal Defense introduced the Boxer in the BMP version, which was equipped with a twin Lance tower with an 30-mm MK-30-2 stabilized cannon and a paired 7,62-mm machine gun. 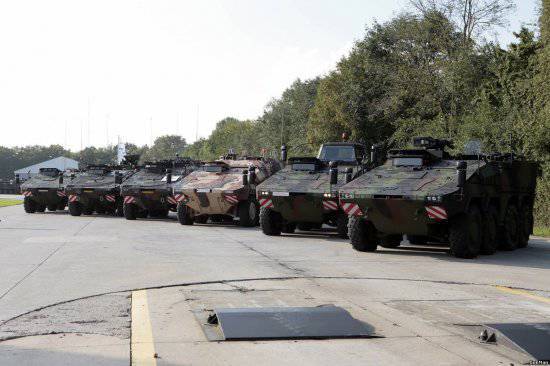 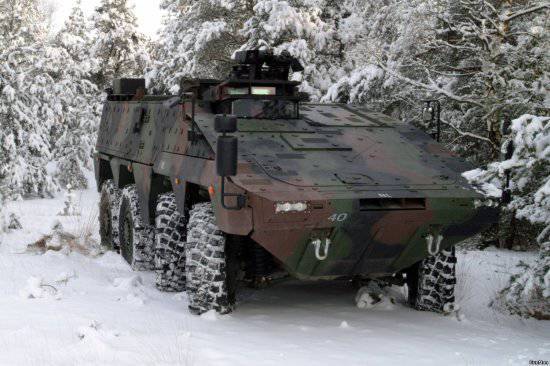 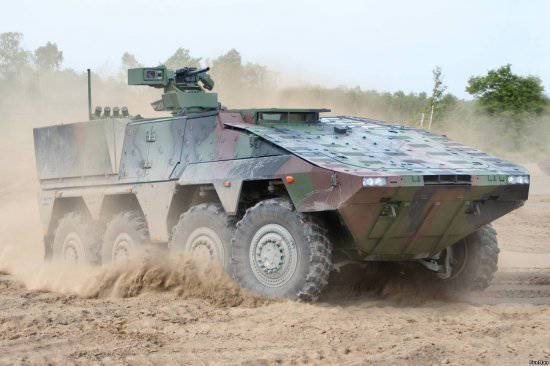