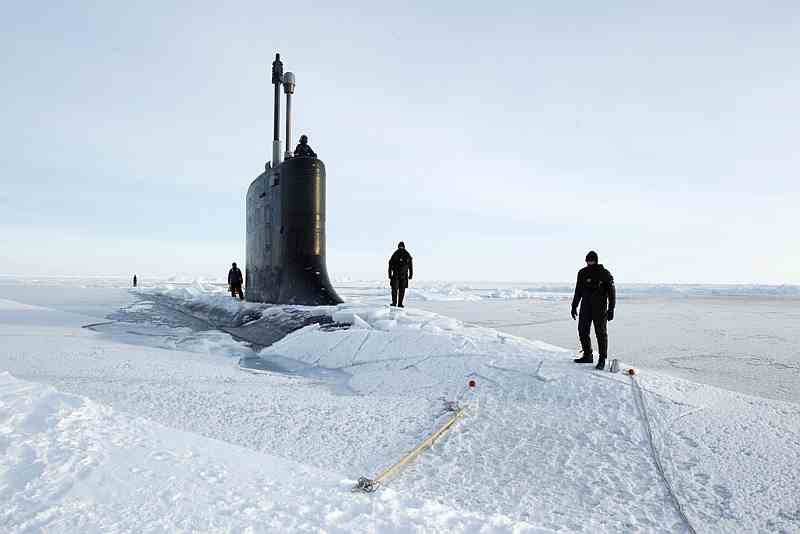 In connection with the upcoming shortage of natural resources, the world's leading players are increasingly paying attention to remote corners of the globe. One of these places was the Barents Sea, whose economic potential is steadily increasing. But at the same time, rivalry between key countries in the region, including between Russia and Norway, is intensifying. So far, Moscow and Oslo prefer mutually beneficial cooperation to open confrontation, but for how long?

New life of the New Earth

The Barents Sea region covers areas such as northwest Russia, as well as the north of Norway, Sweden and Finland. 5,2 has a million people living here, most of them Russian citizens. In addition, Russia owns the largest cities in the region, the largest part of water and land.

It turned out that the Barents Sea, since the Middle Ages, has become a place of cooperation and confrontation between Russia and the countries of Western Europe. For example, European seafarers tried to penetrate into Asia through the Arctic Ocean, but after it turned out that their vessels were not adapted for this, they preferred to trade with Russian merchants. The trade route from Europe to Arkhangelsk was lively until the beginning of the First World War.

In the interwar period, the Barents Sea turned into a bear corner of Europe: the Entente severed trade ties with the young Soviet Union. And during the Great Patriotic War, on the contrary, increased attention was focused on the region: Germany and its allies tried to strengthen their positions here, but the USSR impeded these plans. During the Cold War, the Barents Sea remained an important arena of confrontation, but this time between the ATS and NATO. The Northern Fleet, which is considered the largest and most powerful fleet Russia is the legacy of that era.

Now, after a century of confrontation, the Barents Sea is once again turning into a zone of mutually beneficial cooperation. Moreover, it is not only about mining operations: it is difficult to overestimate the importance of transport routes passing through the waters of the Barents Sea. The intensity of the transport of goods and goods has steadily increased in recent decades, while the number of cross-border social exchanges is increasing.

Aware of regional trends, Russia and Norway signed an agreement on the introduction of a regional visa-free regime in 2012. In 2013, the number of crossings of the Russian-Norwegian border reached a record high mark, which indicates an economic convergence of the border areas of both countries.

In addition, Russia, Sweden, Norway and Finland are members of the Council of the Euro-Arctic Region. The main goal of this organization is to solve infrastructure and economic issues. Also, countries washed by the Barents Sea are represented in the Northern and Arctic Councils and participate in the EU Northern Dimension program.

Experts predict that the growth in commodity exchange in the Barents Sea region will lead to increased competition between the largest cities of Russia and the Scandinavian Peninsula states. So, each city will claim leadership in a particular economic sector. However, such competition will not lead to the rupture of trade relations between Russia and Northern Europe: Europeans are too interested in free access to the Russian market, and therefore are unlikely to resort to sanctions or violent confrontation.

Although the Barents region is rich in natural resources, it has two significant drawbacks: remoteness from the consumer and very low population density. The first problem can be solved by building oil and gas terminals and pipelines, in particular, Nord Stream, which will allow gas to be delivered to Europe from wells located in the European part of the Far North. And the second question requires a more balanced approach and is in close contact with the social policies and economies of the region.

In addition to hydrocarbon production, fishing and forestry are developed in the arctic regions of Russia and Norway. However, these sectors of the economy gradually fade into the background, giving first place to mining, processing and transportation of minerals. But we must bear in mind that the further development of oil and gas enterprises in Scandinavia and in Russia depends solely on global demand for oil and gas, so experts refuse long-term forecasts, so it’s not worth writing off woodworking and fishing.

Despite mutually beneficial cooperation, Norway wants to press Russia into the Barents Sea right now, appropriating part of the region’s wealth. So far, countries are competing for consumers, while, oddly enough, without departing from the principles of cooperation: Gazprom worked together with the Norwegian Statoil, which also signed a contract with Rosneft in 2012. In 2010, in the framework of joint cooperation, Russia and Norway managed to resolve the protracted territorial dispute in the Barents Sea, which remained unresolved for about 40 years. And those fields that are on the border line, it was decided to develop jointly.

However, in the future, ordinary competition may escalate into unfair competition, especially if the demand for oil and gas rises. Of course, as mentioned above, Norway and other countries in the Barents Region will not openly break trade relations with Russia, and try to find other ways to solve the problem. For example, Norway is already in favor of expanding NATO military exercises in the Arctic. Oslo hopes to oust Russia from the Barents Sea, using the protectorate of the North Atlantic Alliance.

Back in March last year, Russian President Vladimir Putin stated that he considered such actions unacceptable and aimed at destabilizing the situation in the region. The speech of the guarantor was pretty tough: the president made it clear that any attempts to interfere in the interests of Russia would be stopped. And this can be understood, since Moscow did everything possible to ensure that the Barents Sea was not a confrontation zone, but peace and prosperity, including giving up part of the shelf in favor of Norway. And now Oslo, with the support of its NATO allies, is attempting to get involved in yet another conflict, this time connected with the militarization of the Arctic.

It is characteristic that the interests of Norway in NATO are most actively lobbied by the United Kingdom. In turn, the curator of Finland is the United States, which last year sent its special forces to this country to train the Finnish military. I wonder who the Finns and Norwegians are going to fight in the waters, mountains and forests of the North?

Despite the militarization of the Arctic, Russia is not refusing military cooperation with Norway. For many years, the naval forces of both countries have participated in the Pomor joint exercises, which allows for the exchange of experience between the Russian and Norwegian military personnel. Dialogue between the countries of the Barents Region is an indispensable condition for deterring Anglo-American power. The stronger the economic and diplomatic ties between Russia and the Scandinavian countries are strengthened, the more collateral damage Norway will suffer in the event of a military conflict, losing one of the most important partners.

Thus, Russia's actions are now aimed at stopping the threat from the north: we have enough problems in the south. Despite the fact that NATO is trying to manipulate Norway (to be honest, the Norwegians themselves are even happy with such manipulation), Moscow manages to maintain stable partnership with Oslo. We have too many ties with Norway to break them at the initiative of the Norwegian government: many Norwegian oil-producing companies will lose this, which will certainly have a negative impact on the state of the national economy of Norway.

In the event of a force collision with Norway, we will win: Oslo is one of Moscow’s main competitors on the European market. If an armed confrontation begins, Norway will not be able to secure the extraction and supply of energy resources, and then Western Europe will start looking for more reliable suppliers. The lack of resources of some European companies can be compensated by contacting us.

Oslo is well aware of this, and despite attempts by the United States and Britain to establish themselves in the Arctic, they are trying to maintain good relations with Russia. However, under the friendly guise there is a grin: it is possible that the Norwegians will still try to squeeze us out, relying on their allies in NATO. This is precisely why militarization of the Barents Sea is carried out: what if it happens?

Ctrl Enter
Noticed oshЫbku Highlight text and press. Ctrl + Enter
We are
Migrants go north. The specifics of the migration situation in ScandinaviaFinland and Sweden: who will last more than a week against Russia?
Military Reviewin Yandex News
Military Reviewin Google News
62 comments
Information
Dear reader, to leave comments on the publication, you must sign in.