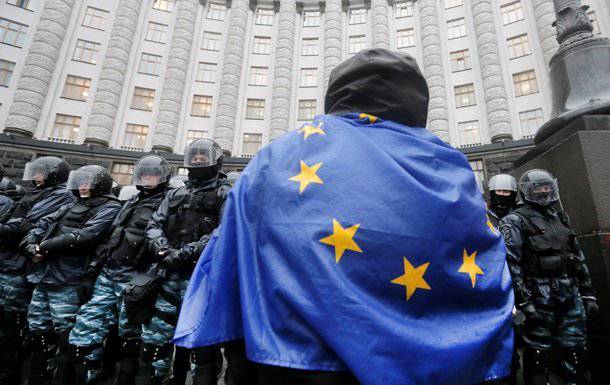 When a year ago I began to write articles on the Military Review about the position of the Russian ethnic group in south-eastern Ukraine, I secretly hoped that not only Russian patriots would read them, but maybe by some miracle and side analysts in the Kremlin. My naivety was great. What is happening in Ukraine today is a symbiosis of two or even three currents:

1. Dissatisfaction with power and corruption.

The tragedy of the Russian and Russian-speaking Ukrainians seems horrible and ironic at first glance. Think about it yourself: how did the multi-million Russian-speaking industrial southeast lose the battle for the ideology of the farms and district centers of Western Ukraine? Sometimes it seems to me that the West deliberately, in 2010, let Yanukovych win, so that he would finally discredit the Russian idea, wringing it in the mud of corruption and crime, so that the only bright path would be to the west of the Dnieper. How quickly everyone forgot that the Orange Revolution just ended with the growth of corruption, raiding and a crisis. So what's up? Really - in the short political memory of Russian-speaking passport holders of Ukraine?

Everything is much deeper and more serious. And the point here is not even the presence of an extensive entrepreneurial class as a conductor of European integration, which seeks salvation from excessive administration. Just again and again, Russian experts in the studios of TV channels are attacking the rake, relying on the fact that the south-east of Ukraine will not allow the “Banderevs” to seize power. And I, as the hero of the TV program S. Yu. Belyakov, spit on the TV and shout to them: “Yes, even a quarter of Russians and Russian-speaking Ukrainians in the east are Bandera!” And my words are easy to check even to the residents of Novosibirsk, Lipetsk or Vladivostok, though they know how to make good use of the search engine on the Internet, using the tab “Time and chronology”. Show me, dear experts, where in Shakhtar in 2004 in Donetsk, during the orange events, they came out not just in support of Maidan, but as a combat wing, whose goal is to protect European people from wild Russians and Ukrainians, whom the monopolistic media calls titushky , even if they have St. George ribbons on their chest !? Then they even threatened to withdraw from the Championship of Ukraine, and more precisely, not to play on the territory of Western Ukraine. Only 9 years have passed, and we read: "Shakhtar fans came to the defense of Donetsk Euromaidan“And if we consider the geography of attempts to capture and picket the RSA in the eastern and central regions of Ukraine? In 2004, this was not even close to the east of the Dnieper. So much so that even in Lugansk they went under the regional administration. Read the article:"In the Lugansk, the storm of the RSA did not take place“Tell me, is it enough? Believe me, not only dissatisfaction with power and corruption, but also the humanitarian component derives them, even partially unconsciously.

23 of the year in million-plus cities where 95% of the population communicate in Russian was taught in Russian-speaking Russian-speaking schools история Ukraine, where Tsarist Russia first oppressed Little Russia, then bloody Soviet Russia finished off Ukraine with the Holodomor and the Gulag. And not a single textbook on the history of Russia as opposed to it (so that pupils and students themselves choose which version is preferable). And recently (it was generally insulting to tears) asked one Russian-speaking Russophobe in the Russian city of Berdyansk (I write in Russian, because it was founded by the Russians in 1827 year). So:

Listen, berdyanets. What did you do wrong with 1956 to 1991. Russia condemning the cult of Stalin? You now live in Berdyansk, where 80% infrastructure is from the USSR! And how is it not disgusting for you to communicate in Russian? Every year I am convinced that that Berdyansk, which I knew, is dying. Despite the fact that in the city 90% communicate in Russian, residents become Russophobes.

Russia did a lot of bad things both before and after the period you specified, but I will give a couple of examples from that period.

1. Afghan war. Who needed her?
2. Chernobyl disaster. The nuclear power plant was built on the age-old Russian “Avos” in a tectonically unsafe place.
3. Persecution of the Ukrainian intelligentsia. In particular, Vasil Stus, a lawyer (it is clear for whom he worked) who was Medvedchuk.

In general, I almost fell off the chair. And I am ready to argue for anything, that he has a classic Russian surname such as Petrov or Vetrov. Dear Sirs, we are no longer even talking about Russian-speaking Ukrainians like Sidorchuk or Boyko. The literary Ukrainian language, which is based on the Poltava dialect, completely loses to the Galician language. Especially in this Ukrainian media sin.

What to do? If it were calm now in Ukraine, it would be possible to initiate the creation of Russian communities. But, forgive me, how can you create a Russian community, for example, in the city of Lugansk? There, without exaggeration, 97% communicate in Russian. This is equivalent to creating Russian communities in Pskov. True, in fairness, we reject ourselves from the fact that “the speaker of the Russian language” does not mean that a person is Russian. But why is this possible? Because 23, in Russian, he was told that he was not Russian. Dead end coming out? If we begin to create Russian communities in Russian-speaking cities, we thereby limit ourselves in the right to consider these cities as Russians. Which is better: to have 20% ideological Russians among 80% Russian non-ideals, or to cling to all Russian-speaking, even Russophobes, where the main gift will be the possibility of military-political maneuver throughout the Russian plain?

But this debate was worth starting at least after 2004. Today I observe how regional state administrations in Cherkassy, ​​Poltava, Chernihiv, Sumy, as well as bold attempts in Dnepropetrovsk and Lugansk are storming. And all this is under the flag of the European Union and under the slogan "Glory to the Heroes!" Maybe at the time of publication of the article, even in Zaporizhia, what the hell is not joking.

Why do I primarily focus on the humanitarian component, rather than economic, social and political? Yes, because if we close our eyes today to the fact that the young guys from Donetsk are united because of real problems with corruption and authorities, but they are in solidarity with those in Kiev who dance to the music: “Who does not jump, that mos ... "And honors Bandera, and with those who already on Saturday banned activities in the 10 areas of the Communist Party and the Party of Regions without a court decision !!! What's next? Shooting for dissent?

Thus, Russia must get ready for the appearance through 5-7 of twenty million Russian-speaking Russophobes (which will be useful for sabotage in Russia itself) and, of course, Galicians on its borders. This script will available in the event that today Yanukovych accepts the conditions of the opposition, and the elite of the southeast, in exchange for preferences, will continue the work of the melting pot of "Ukrainians".

Those who first learned about the increase in the number of Russian-speaking Russophobes in eastern Ukraine, I return to the article a year ago: Manifesto to Russian in Ukraine! (Supplemented).

PS At the time of sending the article to the corrector (may God bless him with health and patience) news from Donetsk - that Afghan veterans dispersed “euromaidan” there. But who will do it in ten years? Retired? How much can you retreat? Already on the streets of Donetsk we stop! .. 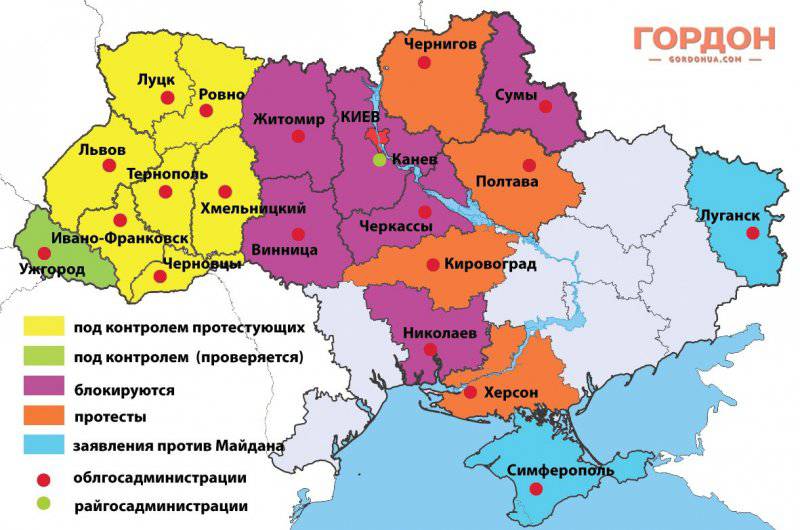 Ctrl Enter
Noticed oshЫbku Highlight text and press. Ctrl + Enter
We are
About Stalin and KhrushchevWhat you didn't want to know about England
Military Reviewin Yandex News
Military Reviewin Google News
348 comments
Information
Dear reader, to leave comments on the publication, you must sign in.