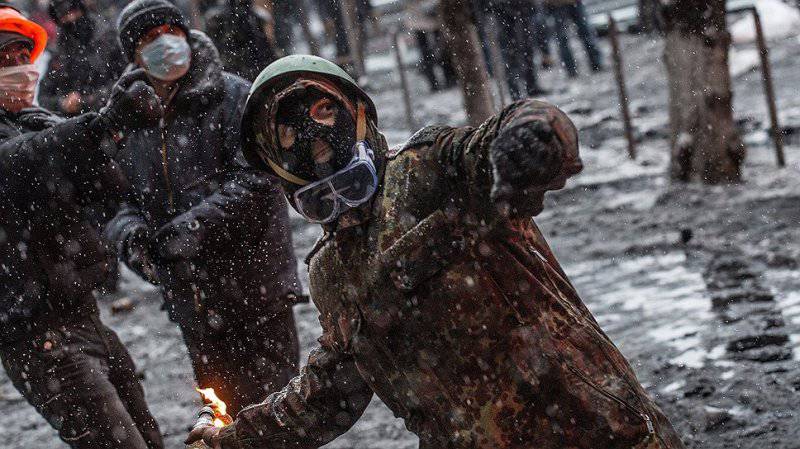 They say: “Risk is a noble cause!” But no one no longer runs the risk for us: the designer does not build bold theories and machines, the judges do not risk condemning influential bandits - and so on. But the risk does not rise noble, the thieves and just idiotic: rob the treasury, take bribes, rush with the risk of life in the stolen cars. It is evident that not only the loss of punishment entails this — not the court, so death punishes the mad bribe-takers and drove — but also the profit of some kind of protest for the soul. Everyone is unhappy with life; the most contented are their children, wives and mistresses; Well, if so, burn all the fire!

Hence the popularity of bloodthirsty computer shooter games. A decent-looking clerk with such excitement crumbles virtual men, as if in his soul - a complete Jack the Ripper! And give him a real trunk and say: they fell into people, will there be nothing for you? The excitement of these shooters was heated to the point that one investigator in Kungur hanged himself because of a loss in the game "Tanksonline. " I played the night away, I was blown away and hello And offer him to commit suicide with a martyr’s belt in a world where death is much redder?

Hence the general demand for criminal television series with a mass of corpses, massacres and torture. Like their pattern - a good cop is stacking a bad lesson - should produce good in the hearts. But since nothing of the kind is observed in life, only the craving for the trigger and this “gnawing in the face” - serving as an eyeliner to steeper computer battles, breeds.

And when the individual, tormented by this spiritual thirst, can give her a way out on the political Maidan relatively with impunity, he is glad to play tricks from the heart. I think that the majority of participants in our marsh, with their vague meaning, shares this way they take away the soul in this "reality game." They took it - and forgot about it, like a sober Monday about a drunken weekend. The only intelligible action of my last years in our memory — our pilots in defense of our aviation industry — has not attracted a single areal rowdy. Neither the West nor the native thieves will give a penny to such a thing - and it is not interesting for our gamers.

The meaning of our protests so far is only to move some thieves in power in favor of others - but not to eradicate the very theft, inevitable in the country of idlers. The power with this boil, partly to her as well as started, like the gladiator games called “Bread and circuses!”, Managed easily. And not only because she is such an iron chipper. But when someone is in the woods, who is on firewood, and in general, they are satisfied with their free-flowing incomes, they will not rage for a long time. Indeed, on Monday it is necessary to return to its revenue side: business is time, and fun is an hour.

But in Ukraine, which is close to us by the absence of any decent ideology, all of this was ignited much brighter. Why - everyone probably has their own answer: their lumberjacks are weaker, the shtetl nationalism is stronger, there are no oil surpluses that allow us to live comfortably and rebel sweetly. But at the heart of the Ukrainian lighter is a typical, in my opinion, computer game that has spilled out into reality. Their gamers, having reached the embodiment in a real game, and even with a good surcharge of the West, are crazy about their shooters on the Maidan, which hit the top of YouTube and the world News. And from such an embodiment of a bad dream you can no longer drag them by the ears.

The insane game moment of Maidan is already in the fact that it seeks to achieve the declared order of the European order through arson, murder, seizure of state institutions, etc. But even this can be justified by some kind of extreme dialectic: blow up a thin order to establish a good one. The main nonsense - in the complete absence of any organizational program. And in fact - the perpetuation of some kind of antediluvian democracy such as the Novgorod veche, which was simmering on the Volkhov bridge: whoever squeals someone, who throws more enemies into the water is right! But in the free Novgorod lived only 20 thousands of people; in a country with tens of millions of inhabitants, such “immediate” democracy is already delusional.

Western sponsors of the Maidan, who caught his gaming essence, give him a wild slogan, like fireballs: to abolish all law enforcement agencies and the responsibility for arson and pogroms. If they offered this to their countries, they would not even go to court - in a madhouse. But Ukraine, where there is a riot for the sake of rebellion, since the meaning of any game is in the game itself, and it has become just such a madhouse. For dexterous cheaters, warming up the gambling hopes of fraers - expanse; and the fraer and should, according to all the rules of the game, end up without pants.

As the same supergame, it took Maidan and Russia, where the interest of the public in this game coincided with the interests of politicians, for whom any war is a mother, giving plenty to turn around. According to their political postscript, they are cooing directly in defiance of each other: “Long live the Maidan!” And “Damn him!” Along the way, I pull them, leading, as it should be, in two opposite directions at once, we have fun and rejoice at this online game all the people. All social networks have become one playground, where other Russians, who have forgotten for a while, with the bliss of strangers, indulgently indulge in this war. And many are openly jealous of Ukrainian gamers who have come to the level of real blood: “In their way! So would we! ”

But becoming a kind of gaming console for the fun of Muscovites, the Maidan for Ukraine also became a retribution for its treachery, deception and self-deception and mockery of common sense. As a result of this budohorogi Yanukovych, or not, I do not want to guess, and that’s not the point. But when the “Game over” window pops up in Kiev, and sooner or later it will pop up, the hangover will surely be grave - and maybe scary.

In the meantime - walk, guys; buzi buza; Play the game - when is it still so amazing to shoot on the main square of your country!