Syria and Ukraine about American mistakes in relations with the Russian 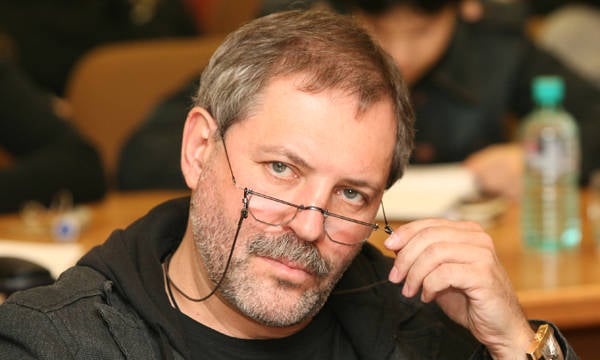 In Geneva peace conference opened in Syria, the first task is - to stop the violence. In Kiev vengeance unfolds provocation, the first goal is - to provoke widespread violence. It would seem - that common?


And the common thing is that both are products of Russian-American relations, as they have been developing over the past 30 years. More precisely, the US-Russian. And this is how Robert Gates, one of the pillars of American politics, rated this product. The former head of the Pentagon believes that all these thirty years, this policy, as he put it, "suffered from bad management."

“The arrogance of Americans, who told Russians how to conduct their affairs, led to deep rejection and bitterness,” says Robert Gates, a councilor, former head of the CIA and Pentagon, who worked with four presidents, in his new book.

The hasty inclusion of the former Soviet satellites - the Baltic countries, Hungary, Poland, the Czech Republic, Slovakia, and then Romania and Bulgaria - in NATO, he considers a mistake.

“Attempting to invite Georgia and Ukraine to NATO was an exaggeration. The roots of the Russian Empire go from Kiev, so it was a huge provocation. Were the Europeans ready, not to mention the Americans, to send their sons and daughters to defend Georgia or Ukraine? Hardly. So the expansion of NATO was not a carefully considered military commitment, but a political act that undermined the goals of the alliance and irresponsibly ignored what the Russians considered their vital national interests, ”writes the recent Pentagon chief.

What should be noted? Gates is definitely the enemy. More precisely, politically correct, "potential adversary." He just thinks that it was necessary to be slower and more thorough. And that America should adequately pursue its interests, and not entertain inappropriate ambitions.

That is why he articulates his full support for Obama as regards restraint, realism and willingness to negotiate. To which McCain, the Republican senator and party member of Gates, who was not adequately adequate, responded: “I could keep quiet until at least the next election.”

America is tired. America does not pull in conflicts around the world. Russian America, not a threat. With Russia it is necessary to negotiate rather than to provoke. On the question of the Air Force, they say that America has lost the ability to project power in the whole world, as before, Gates replied:

“An interesting addition is“ as before. ” She has been doing this all the time since 50's, while other nations have become stronger, restored after the war, with the rise of China, and with a decrease in our share of global GDP in the last 50 years, while other countries have become richer. Our unilateral influence in the world between, say, the end of World War II and Vietnam is obviously in the past. ”

It's worth it: According to Gates, America is weaker in the world than after Vietnam. When it is still alive USSR ?! Especially, the agreement with Russia has no alternative. And the current administration is sort of understand. Ukraine only for us, sorry, on the order of closer and more important than Syria. And who keeps a tight leash on the Ukrainian opposition, they know everything. So keep!

Ctrl Enter
Noticed oshЫbku Highlight text and press. Ctrl + Enter
We are
The analytical program "However," with Mikhail Leontyev 22 January 2014What you didn't want to know about England
Military Reviewin Yandex News
Military Reviewin Google News
59 comments
Information
Dear reader, to leave comments on the publication, you must sign in.