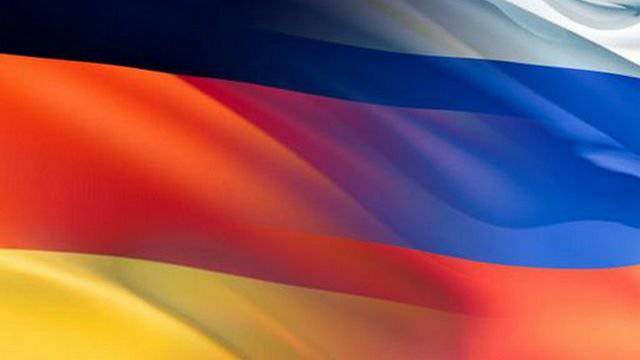 In November, when Ukraine’s foreign policy was not entirely clear, and Brussels advocated Kiev's peremptory involvement in European integration networks, the split occurred not only among the Ukrainian elite, but also among European politicians. No matter how Europe tried to appear monolithic, it did not work out a common opinion on the Ukrainian issue. The most opposing position for European integrators was Germany, which insisted on including Russia in the negotiation process.

How can such German maneuvers be explained? And why is Europe against?

Berlin wants to connect Moscow to the negotiation process

The split between Berlin and Brussels began when Viktor Yanukovych declared last November that the signing of an association agreement with the EU by Ukraine is possible only with the participation of Russia. A few days later, Vladimir Putin agreed that Russia could take part in resolving the problem, and European politicians did the exact opposite: they categorically refused any compromise solutions.

And only Germany, led by Angela Merkel, approached the question carefully: the Chancellor said that Berlin was ready to take into account the legitimate interests of Moscow. Angela Merkel tried to assure Vladimir Putin that the agreement between Ukraine and the European Union was not directed against Russia. Gernot Erler, Commissioner for German-Russian Relations, openly expressed the idea of ​​signing a trilateral agreement between Russia, Ukraine and the European Union. The Chancellor did not argue with this idea, although she did not insist on its implementation.

In Brussels, such actions of Germany were met with open hostility. José Manuel Barroso, chairman of the European Commission, said that the proposal of Gernot Erler is unacceptable, and the EU categorically refuses to conclude any tripartite agreements with Ukraine and Russia. According to European diplomats, if Russia gets a veto over Ukraine, then irreversible processes will begin in other Eastern Partnership countries, as they will lose their support from Brussels. Simply put, Europe is afraid of losing its satellites.

At the same time, the proposal to include Russia in the negotiation process is still in force. This was said last week by Vladimir Chizhov, the Russian ambassador to the EU. According to Chizhov, the upcoming 28 January summit of Russia and the European Union is great for discussing the Ukrainian problem. The diplomat proposes that Ukraine sign agreements with both the European and the Customs Union at the same time. Chizhov said that the Customs Union is not a competitor to the European Union, so Ukraine is able to maintain friendly relations with both Moscow and Brussels.

In addition to the Ukrainian problem, the summit will discuss issues of scientific and economic cooperation, as well as the prospects for introducing a visa-free regime between the European Union and Russia.

Fight for the Russian market

Germany took a compromise position not because Angela Merkel is an altruist. In fact, economic interests are hiding behind political interests: German corporations do not want to aggravate relations with Russia, because they want to continue cooperation with Russian oil and gas companies. And the Germans have enough competitors: the willingness to cooperate with Russian enterprises was expressed by corporations of France, Italy and some other European countries. The loss of Germany is uncritical for us: at any moment it can be replaced by someone more and more compliant.

Berlin is well aware of this. German industrialists interested in strengthening ties with Russia are opposed to the rash actions of the German Foreign Ministry. Any differences, whether they are related to Ukraine or any other country, can lead to a breakdown of agreements in the economic sphere, and, as a result, to oust Germany from the Russian market.

In turn, the competitors of Berlin are aware of his little weakness, and therefore they are pushing Germany to take radical action. If the European Union manages to embroil Berlin and Moscow, it will kill two birds with one stone: first, it will disrupt the negotiation process about Ukraine, and, secondly, it will kill German companies that cooperate with Russian oil industry workers.

This turn of events is beneficial for the United States: Washington is making every possible effort to weaken business ties between Russia and Europe. First of all, the States want to disrupt the supply of energy, "planting" the Europeans on the Middle East "oil needle".

The secret of the three headed serpent

Do not forget that Vitali Klitschko - one of the contenders for the presidency - is a German citizen. Accordingly, the German Foreign Ministry is more interested in it than anyone else. In Germany, Klitschko is considered to be a German boxer who represents the German people in the international arena, and they are even surprised: what does a German athlete do on the Kiev barricades? Is he a Ukrainian?

To have your henchman in Kiev is good for Germany. For the rest of the European countries, the Klitschko figure remains controversial: his coming to power would mean the domination of Berlin in Europe. The United States is also against the boxer, since if Ukraine were to fall into the German sphere of influence in Eastern Europe, a counterbalance to the pro-American Romania, Bulgaria, Poland, Lithuania, Latvia and Estonia would appear. In general, Germany’s gain for Washington is a sore subject. Do not forget that the United States has not withdrawn its forces from the Federal Republic of Germany, and formally Germany is still under American occupation.

In this connection, there is no unity in the Western countries. That is why the opposition is “three-headed”: in contrast to the German boxer Klitschko, Western Europe and the United States are trying to nominate two other oppositionists, Oleg Tyagnibok and Yury Lutsenko, while the Americans are leaning in favor of the latter: after all, Yushchenko, a former pro-Westernist. Communication with Yuri established, the patient studied in detail from all sides. And the burden is odious, Poland will certainly come out against it, which until now has not come to terms with the pranks of the Ukrainian nationalists, Germany, which supports Klitschko, as well as many Western European states too worried about tolerance.

But back to the statements of Gernot Erler. Eskivoki of Germany testifies that German diplomacy would like to find such a compromise with Russia, when, on the one hand, German companies will cooperate with Russian oil industry workers, and on the other hand, German protégé Wladimir Klitschko will have a real chance of becoming president. Angela Merkel is ready to bargain for the right of a boxer to take part in the upcoming presidential election. Moreover, Germany is well aware that it will not be possible to impose a foreign president on Ukraine just like that, since Russia will oppose it, and therefore, in search of support, does not turn to Viktor Yanukovych, but to Vladimir Putin. It is not known how the guarantor will answer - this is the problem of Russian diplomacy.

At the same time, Berlin has an effective instrument of pressure on Russia, namely the position of Germany on the introduction of a visa-free regime. Perhaps in the upcoming talks, German diplomats will begin to be capricious, portraying concerns about the “security” of the European Union from migrants. But recall, Russia has a stronger trump card - economic cooperation with Germany, which undoubtedly does not want to lose its eastern partner.

Thus, the Ukrainian problem for Germany is more important than, say, France or the UK. The power of Berlin directly depends on who will rule Ukraine, and Berlin has serious disagreements on this issue not only with Russia, but also with the countries of the West. We could use this slack to resolve the situation in Ukraine, easing Western pressure on Kiev and removing some of its important participants from the game.

Ctrl Enter
Noticed oshЫbku Highlight text and press. Ctrl + Enter
We are
Situational analysis of the death of the MH17 flight (Malaysian Boeing 777), made on the basis of engineering analysis from 15.08.2014Results of the week. “You are already indebted to the sea: neither the bottom nor the coast”
Military Reviewin Yandex News
Military Reviewin Google News
100 comments
Information
Dear reader, to leave comments on the publication, you must sign in.