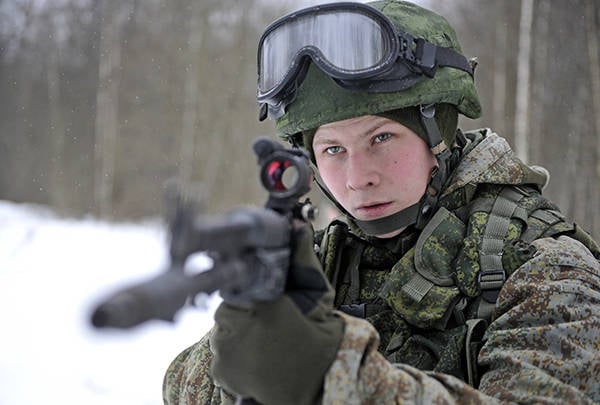 Fighters of the 76-th Pskov Guards Airborne Division began military trials of the “Warrior” combat gear kit. It is reported by ITAR-TASS.


“Our task is to test the new spetskomplekt under intensive load, in the approximate conditions of the areas of possible hostilities, and to make our comments to the developers,” deputy division commander for work with personnel Yuri Grushko told the agency.

The soldiers and platoon officers of the reconnaissance unit of the division will have to try out a new uniform at the training ground, exercises involving the landing of personnel from aircraft and helicopters of military transport aviation, as well as in everyday activities, and at any time of the day or night.

"Warrior" - Russian combat equipment of the "soldier of the future", combines modern small arms, effective protection kits, reconnaissance and communications equipment, all in all about 10 of various subsystems. It includes about 50 various elements, including small weapon, systems of aiming, protection, electronic communication, navigation and targeting.