January 27 2014
15
In the middle of the last century, gunsmiths of the leading countries of the world were engaged in the creation of promising rifle systems. At the same time, work was carried out, the purpose of which was to increase the rate of fire, accuracy, power of ammunition, etc. Some of the developments remained at the design stage, others did not stand the test, and some bold decisions reached mass production. In the late sixties, American designers from the company TRW Ordnance Systems, trying to create a super-rate weapon, able to make a unique machine gun. According to calculations, with certain modifications it could fire at a rate of up to 60 thousand shots per minute (thousand shots per second).


The purpose of the HIVAP project (High Velocity All Purpose - “High-Speed ​​Universal System”) was to test existing and future weapon schemes for their maximum rate of fire. The rate of fire was a kind of "fashion" of the sixties, and engineers from TRW Ordnance Systems intended to determine the boundaries of the possible. 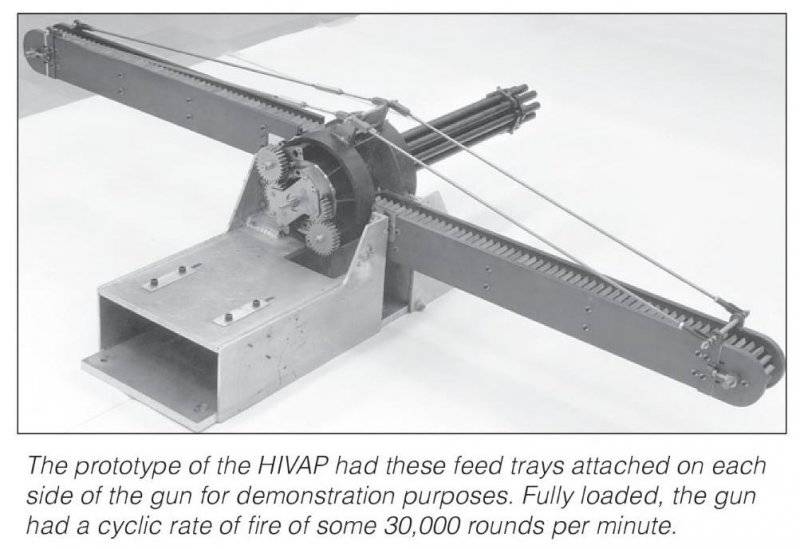 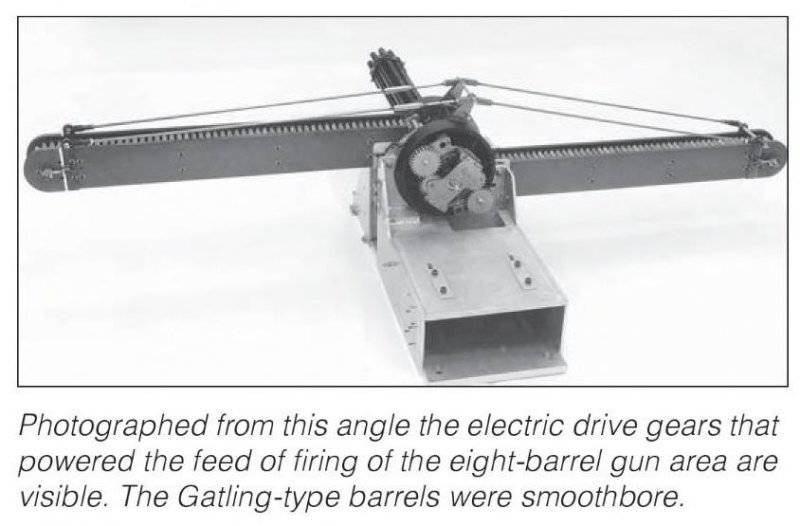 Achieving the highest possible rate of fire was associated with the solution of several complex issues, both constructive and technological. As part of the preliminary work on the HIVAP project, TRW employees had to conduct a serious analysis of existing systems and technologies. According to the results of this analysis, the overall appearance of the prospective machine gun was determined. Due to the complexity of the tasks assigned, research and design work had to be carried out in three areas: ammunition, firing devices, and the ammunition supply system.

All existing weapons systems have limitations on the rate of fire, primarily related to the heating of parts and the allowable speed of their movement. The most convenient and promising in this regard are systems with a rotating barrel (so-called Gatling system). It was for this system, it was decided to build a new machine gun HIVAP. In a single unit installed eight shafts caliber 15,2 mm. To further increase the possible rate of fire in the design of a promising machine gun used an interesting idea. In all existing types of Gatling weapons, shooting is fired from each barrel in turn. The HIVAP machine gun had to fire two shots at the same time.

This method of firing has led to the emergence of additional requirements for ammunition and their filing system. The “classic” sending ammunition into the barrel chambers imposed restrictions on the rate of fire. For this reason, it was decided to use a new cartridge, the filing of which would not have such flaws. In the fifties, American engineer D. Dardik created a revolver with an original cartridge. He suggested using a cartridge with a sleeve close to the triangle cross section. Such a cartridge, according to the plan of Dardik, was supposed to fit tightly into the drum chamber. Two surfaces of the cartridge while touching the chamber, and the third during the shot had to be pressed against a special plate. The cartridge, inserted and not inserted into the chamber, promised a significant increase in the rate of fire, which affected the final selection of ammunition for the new machine gun.

Cartridge 15,2x79 mm received a plastic sleeve characteristic shape, as well as the original bullet. In order to improve the fighting qualities for the cartridge, an arrow-shaped feathered bullet of caliber 7,87 mm was developed. The bullet was proposed to be placed in a detachable pan, allowing the barrel to pass through the barrel without rifling. 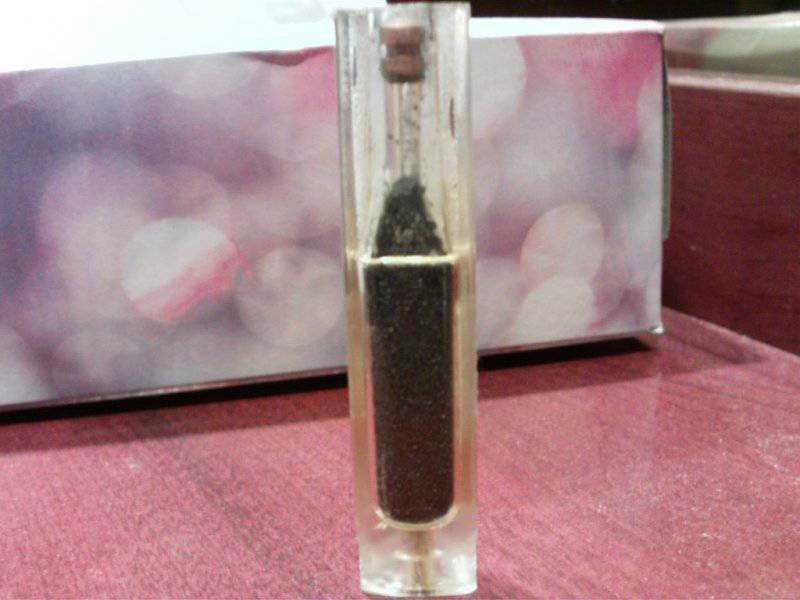 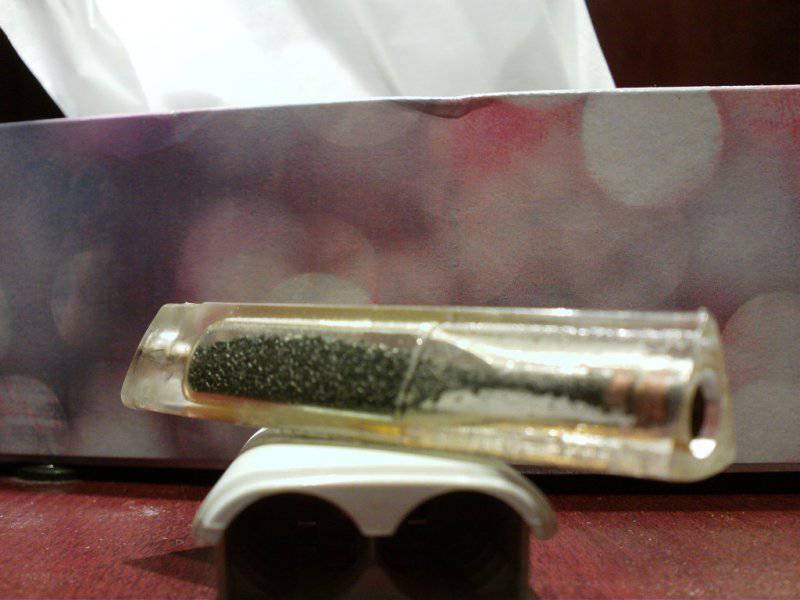 The specific form of the cartridges complicated the already difficult task of creating an ammunition supply system. It was originally intended to place the cartridges in the box with a conveyor belt based on fabric tape. The rollers connected to the mechanics of the machine gun, had to stretch the tape. The latter, in turn, was supposed to bring the cartridges to the chamber holders. Calculations have shown that each of the two ammunition feed systems will provide a rate of fire of up to 350 shots per minute. The reliability of the fabric tape caused some doubts, which is why the prototype model of the HIVAP machine gun received a new ammunition system. It consisted of two boxes on 100 cartridges each, which had a mechanical system for feeding cartridges to the machine gun.

The prototype of the HIVAP machine gun was assembled on a heavy and durable machine. In the center there was a barrel block and automation mechanisms on it, and two boxes for cartridges were placed on the sides. It was in this configuration that it was used during test firing. The use of several new ideas promised high characteristics, since the design capabilities of the new machine gun were several times higher than those of the systems existing at that time.

The mechanics of the stores filed triangular cartridges to the breech of the machine gun. Eight barrels in the breech were connected by a common drum with triangular chamber. At the time of the passage of the chamber near the store window, the cartridge fell into it and when the barrel block was rotated, it was clamped with a special plate. When the barrel ready for firing was in the right position, the firing mechanism was triggered and a shot occurred. After the barrel was moved, the chamber was released, and a new shot from another barrel took place. A characteristic feature of the HIVAP machine gun was shooting from two barrels at the same time. Thus, having made one revolution around the axis of the block, each of the barrels produced two shots.

The first model of the super-fast machine gun was equipped with a separate electric motor, which set in motion all the mechanisms. Engine power 60 HP could unleash a block of trunks up to speeds of the order of 1875 revolutions per minute. Calculations and tests showed a certain potential of vapor automation. With appropriate refinement, such automatics could provide some increase in the rate of fire. In addition, the possibility of using a different electric motor was not excluded.

During the first trial shooting with a queue length of no more than a few dozen shots, “childhood diseases” of the structure appeared. Some parts of the machine gun were destroyed or deformed due to high thermal and mechanical loads. It is noteworthy that the solution of such problems was quite expensive. So, trunks capable of sustaining a queue of several thousand shots would have to be made from expensive alloys. Therefore, it was decided to use the available materials, limiting the maximum duration of continuous firing. During the tests, the HIVAP machine gun did not fire more than 500-600 shots in a single burst.

By the end of 1969, TRW Ordnance Systems was able to complete the bulk of the development work and bring the characteristics of the experimental machine gun to the expected level. By this time, the maximum rate of fire was reached at the level of 30 thousand shots per minute (500 shots per second). Moreover, the applied weapon architecture made it possible to double the rate of fire. For this, it was proposed to use new materials and alloys, an electrical ignition system and a number of other innovations. In such a case, an HIVAP machine gun could fire a thousand bullets per second.

In 1970, the TRW HIVAP machine gun was shown to representatives of the Pentagon. The military was fascinated by the characteristics of this weapon, but was not interested in it. After some theoretical and design work, the project was closed as unclaimed. Probably, the decision of the military affected the complexity of the new machine gun, as well as the extremely high cost of its operation. The use of a new cartridge in combination with a colossal rate of fire promised huge costs for ammunition alone. In addition, a uniquely high rate of fire had to affect the required volume of ammunition, which, among other things, led to a significant increase in the mass of ammunition.

The HIVAP pilot project was designed exclusively to explore the potential of small arms. TRW was able to determine the maximum achievable rate of fire, but they also affected the future of the project. After successful test firing and some research, the HIVAP project was closed. Since then, from time to time there are new proposals concerning a radical improvement in the characteristics of weapons, but none of these “record” systems have ever reached mass production and mass exploitation.


Based on:
http://raigap.livejournal.com/
Jack Lewis "The Gun Digest Book of Assault Weapons"