About the future of Euromaidan put in a word 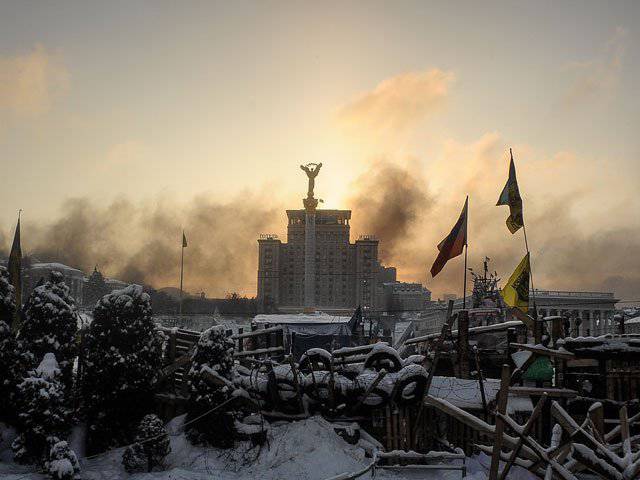 Only the lazy does not comment on the situation in Ukraine. Here Klitschko said ... so the Nazis staged ... and here is the "sacred sacrifice." What is going on and what it will pour out?


Options - a great many. But to really assess the situation, you just need to understand three things:

1. Parties concerned.
2. Strategic and tactical goals of the parties.
3. Whose side is the initiative.

Everything is clear with the parties: the Ukrainian opposition is a united front with the financial and moral support of the EU and the US against the current government.
The objectives of the EU and the United States have been voiced by Z. Brzezinski: to take Ukraine out of Russia's sphere of influence. Work in this direction was still under the Russian Empire, and the last quarter of a century was just some kind of holiday for all Russophobes, Atlanticists, gay integrators, neo-fascists, and so on.

As for the Ukrainian opposition, when EM (Euromaidan) started, it had strategic goals: to show strength, score more points for the upcoming elections. Well, the tactical goal is that all this “happiness” is not accelerated as long as possible, for which they began to build barricades.

The government of Yanukovych either blundered frankly, or, on the contrary, calculated everything in advance. And this is the main question on which the future actions of the Ukrainian authorities directly depend. And there is no unequivocal answer to this question, and there will not be. After all, inaction is also an action. And it can be action conscious, purposeful.

The initiative was at the beginning of the opposition. And success was. But all this turned out to be so much, and the will is so little that they could not take advantage of all the opportunities, lost the initiative, and now they themselves would be happy to finish it all and live normally, but it is too late. Everything has gone too far. Yes, and there is no command.

Now I eat like a cancer cell, which is not allowed to grow. She will bite, but more will devour herself, sitting in their barricades in a cage. If the opposition does not have enough intelligence and courage together, as it was at the beginning, to finish EM by itself, then the collapse of the united opposition, with all the consequences, is inevitable - there will not be a single candidate (Klitschko) in the presidential election. The Nazis will further discredit the opposition as a whole.

In addition, Ukraine has adopted laws toughening responsibility for unrest, and allowing for the removal of parliamentary immunity. Not immediately, but they will begin to work. And they will work against the opposition.

So now the strategic goal of the opposition should be the end of the EM, and the tactical one is the preservation of unity and person. Instead, we are seeing escalation, sacrifices, for the sponsors of the EM seem to be even more stupid than the performers and are not able to take into account the change of the situation and maneuver. Such a heavy, uncompromising and frankly narrow-minded style is characteristic of all the revolutions of the last decade. And always these revolutions, riots and pogroms had some defenders in the EU and the USA.

This is due to one specific point - all modern upheavals occur in the capital. On camera, in public, in the city center. This is the pain point of any state. This is the power of protest - it is possible to overthrow the government with small forces if it gives up the slack. This is also a weakness - a handful of radicals seize the square and lock themselves in barricades. Question: what's next? Nothing. Life goes on behind the barricades. The revolution occurs only in the heads of the participants and on television screens. Revolution, protest, coup - is primarily a psychological event. It should happen in the minds of the most active and influential citizens of the state and only then can it turn out de facto.

And now about the future of EM.

It is possible to disperse from day to day, as well as the gradual attenuation of the protest over a long time. It is impossible only to stop the opposition by the initiative of the opposition for the reasons mentioned above.

But most importantly, given the inevitable radicalization, the EM will continue to lead Ukraine away from Europe and split it into pieces. If Maidan was the only problem in Ukraine, this would not have happened, but there are still countless problems of others. In the end, it is strange that Ukraine is still a single state. So to mock the people and the country, to turn brain, management, culture, all aspects of life and part of the state into a mess - you need to be able and need to try. And apparently, they can and try ...