January 24 2014
16
One of the ways to improve the combat effectiveness of aircraft during the Second World War was to increase the caliber of barrel weapons. The German Henschel Hs-129B-3 attack aircraft, equipped with a BK7.5 caliber 75 mm gun, became a record breaker in this regard. However, an increase in the caliber of the guns appropriately affected the recoil and made new demands on the strength of the aircraft. Recoilless artillery could be the solution to the problem, but a number of experiments with similar systems (in particular, the infamous projects of the Soviet designer L. Kurchevsky) called into question the very possibility of creating such weapons. 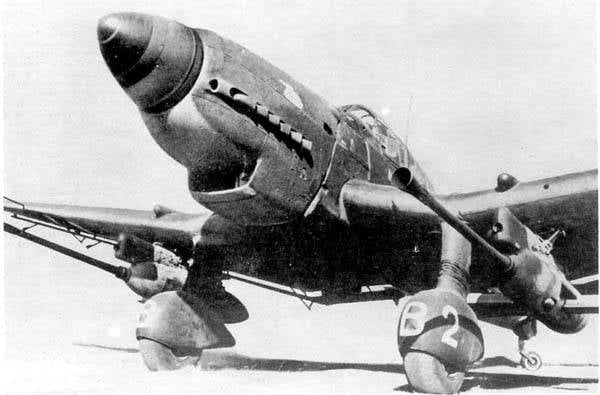 In 1945, a few months before the defeat of Germany, the German company Rheinmetall-Borsig developed a project for automatic aviation guns MK 115 caliber 55 mm. In one gun it was proposed to combine all the best features of both traditional and recoilless artillery. Thanks to this, a promising 55-mm gun could be installed on some existing fighters. The used recoil reduction system made it possible to reduce the strength requirements of the power elements of the base aircraft.

The automatic gun MK 115 used automatic flue gas with a sliding wedge. At the bottom of the gate was a cutout, which included a locking wedge. An interesting feature of this tool was the placement of the return spring. Because of the need to place the nozzle of the flue pipe on one straight line with the barrel bore, the spring had to be moved downward relative to the axis of the gate. The basic elements of automation were also located below the chamber and the shutter.

The MK 115 automatic cannon can be easily distinguished from other weapons of this class by a characteristic venting tube. One of its ends was combined with the barrel's chamber, and the other one was brought out in the back of the gun and installed a nozzle on it. The dimensions of the receiver affected the shape of the tube: it had several bends.

On the upper surface of the barrel chamber there was a hole through which the powder gases were to enter the main exhaust pipe with a nozzle at the end. On the bottom surface, a hole was provided in the second tube connected to the gas piston of the automation. A chamber with holes in the walls required the use of original ammunition. The new 55 x 175 mm projectile received a burning sleeve with a brass tray. The latter was intended to rigidly connect the walls of the sleeve with the primer.

As is clear from the available schemes, the operation of the MK 115 automatic cannon should have been as follows. When moving forward under the action of the return spring, the bolt seizes the shell of the clip and sends it to the chamber. Having reached the extreme front position, the bolt with the help of special stops moves the part that performs the functions of the gas piston and the thrust of the locking wedge, and is fixed in this position. Next comes the ignition of the primer (according to some information, a new weapon should have used an electrical ignition system) and a shot. Powder gases disperse the projectile in a rifled barrel. In addition, after combustion of the liner, the gases flow into the two vapor pipes. The flow of gases escaping through the main tube must break through the nozzle and compensate for some of the recoil. The second stream goes to the lower tube, to the gas piston. The piston of complex shape releases the locking wedge and gives impetus to the bolt. The released bolt goes back, returns the unburned shell of the projectile to the clip, and then, under the action of the return spring, moves forward again. The shutter captures the new projectile and the cycle repeats.

The gun MK 115 turned out quite heavy and large. Weighing on the order of 180 kg, it had a total length of 3300 mm. Less than half of the total length of the gun accounted for the barrel length 24 caliber (1320 mm). Such dimensions and weight of the gun without ammunition greatly reduced the list of aircraft that could carry it. The dimensions and weight of the MK 115 can compensate for its other characteristics. Thus, the calculated rate of fire reached 300 shots per minute, and the initial velocity of the projectile, despite the discharge of a part of the powder gases, reached 600 m / s. Finally, the use of recoilless circuit has significantly reduced the recoil force. According to some reports, this parameter 55-mm gun MK 115 could be compared with German guns caliber 37 mm.

The development of the MK 115 gun ended in the first months of 1945. For obvious reasons, she did not have time to get to the front. Some sources claim that Rheinmetall-Borsig managed to assemble one or even several prototypes of a new gun, but the tests were not completed. According to other information, the MK 115 project remained on paper in view of the rapid onset of the forces of the anti-Hitler coalition.

Regardless of the actual stage of the MK 115 project as of the end of spring 1945, the prospective recoilless automatic gun could not influence the course of the Second World War. The project documentation went to the allies. The sharing of automation and recoilless systems turned out to be too complicated and therefore the further development of artillery, with the exception of a few experimental projects, went along the already beaten paths. In the future, the designers created either automatic guns of the worked-out schemes, or recoilless guns without automation. 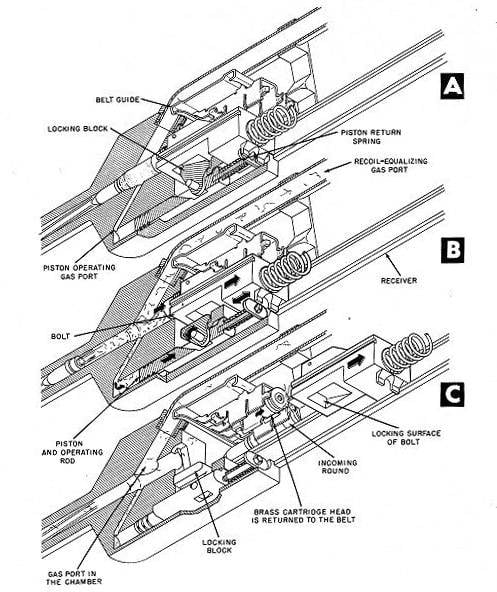