Dmitry Medvedev: the economy is normal, but it does not please anyone

January 24 2014
50
In the first half of December last year (that is, quite recently), a number of government economists declared that by the end of the year the Russian economy would grow by 1,8%. This was "confirmed" by various analytical calculations and presented through the press. At the same time, a part of high-ranking officials of the Ministry of Economic Development (MED) announced that 1,8% is an increase, which, according to the results of 2013, can become a “ceiling”, and it would be quite good if growth would be at least 1,5% . 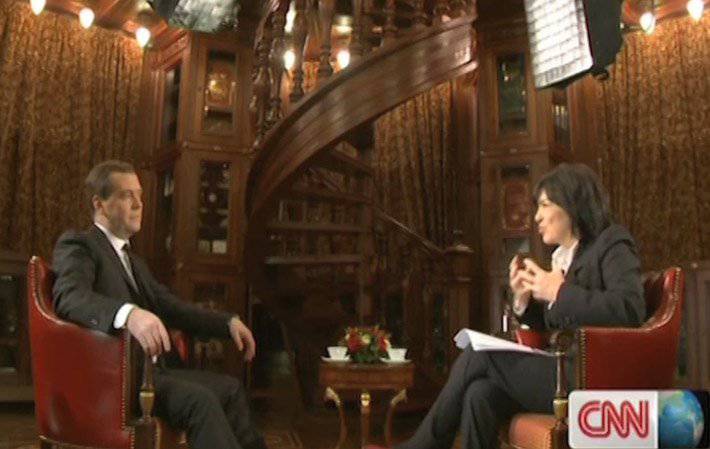 How is it necessary to translate the words of Dmitry Anatolyevich into the public language, if the economy is “normal”, but “nobody likes”? At the household level, such a thesis is similar to how it’s: our chief, Ivan Ivanovich, is generally a good person — a world peasant, but he doesn’t like anyone in the team ... Well, or quite anecdotal: our salaries are good, but small ...

The translation is given by the Prime Minister himself. “In general, the normal” economy, according to the second person in the state, is considered if its growth indicators are 1,4%. Recall that at the beginning of 2013, the forecast was at the level of 3-3,5% growth, at the end of the year - 1,5-1,8%, and now we learned that we did not reach this forecast. Indeed, there is hardly any reason to be happy for the Russian economic system, especially for those people who work in the power system. After all, economic indicators are one of several, let's say, litmus papers, according to which one can judge the effectiveness of these gentlemen.

Interestingly, Dmitry Medvedev called the economy “generally normal” when answering a question from CNN journalist Christian Amanpour. The question was whether he (the prime minister) was afraid of losing his job due to the fact that President Vladimir Putin was not satisfied with the state of the economy. The journalist did not wait for a direct response from Medvedev, but everyone learned about the advantages of the Russian economy. The Prime Minister seems to have hinted that the chair under him does not even think about staggering, because, in his personal opinion, the economy has many advantages. What kind? We list the advantages of the chairman of the government:

The best ratio of external and domestic debt to GDP
.

And here one could say that Dmitry Medvedev is frankly disingenuous, since inflation figures in the Russian Federation last year amounted to 6,5% (for comparison: Germany - 1,4%, China - 2,1%, USA - 2%, France - 1%, United Kingdom - 2,8%). But the prime minister at the mention of the term “low inflation” immediately added: “for Russia” ... An interesting addition ...

However, on closer examination of Russian unemployment, it can be seen that unemployment “behaves” extremely differently in certain age groups. High rates, for example, in the youngest age group: age from 18 to 24 years. Here, the 2013 indicators of the year stood at nearly 30%. In calculating unemployment, people who are not educated, do not serve in the army (for men), do not care for children under the age of 1,5 years (for women), and have no medical disabilities that prevent them from working are taken into account. In other words, there is an impressive group of young people in Russia who either cannot apply the education they have (if they have one), or do not want to do it due to certain circumstances, or work in such a way that state bodies simply do not know about this ...

By the level of registered unemployment among young people, Russia today is about 2 times the world average. And this can hardly be attributed to the economic advantages.

On the words of “low unemployment”, Dmitry Medvedev’s reflections on Russia's economic “pluses” are over. However, in an interview with CNN, the prime minister pondered on the other questions asked by the journalist. One of these questions: the Russian economy is hampered by poor management (according to the OECD report) and corruption; further - quote:

Do you recognize it? What is happening with management and how to achieve the rule of law, which will inspire investors with the confidence necessary to conduct business in Russia?

Dmitry Medvedev in the first part of his response objected to the interviewer, saying that he has other data from the OECD (OECD). The Prime Minister, obviously, intending to add some indirect "advantages" to the Russian economy, said that the OECD leader quite recently literally praised Russia for saying, "Even a crisis in your country is better than in other countries ..."

To be honest, “praise” is clearly peculiar, especially if you report that “crisis is better” or “crisis is worse” are very strange definitions for the economy. In style: your whooping cough will be better than ours ...

Further, however, Medvedev acknowledged that corruption in Russia is one of the main inhibiting links of the economy, as well as the problem of creating a “normal business climate”. The prime minister didn’t recognize the problem of inefficient economic management, he simply ignored this part of the question, starting to talk about such broad concepts as the “problem of institutions”. Phrases: “We are working on the so-called road maps for business” and “... I think we are moving forward”, it seems, should have dissuaded CNN and everyone else that the economic management system of Russia works, to put it mildly, poorly.

Summing up the summary of the “economic” part of the interview (the full version is presented on CNN and on Russian government website) with Prime Minister Medvedev, we can say one thing: the chairman of the government remains fully confident that today's work of the government is the only possible option for the domestic economy, that there are no more efficient and effective options a) no, b) ... And where does such confidence? ..

Ctrl Enter
Noticed oshЫbku Highlight text and press. Ctrl + Enter
We are
Situational analysis of the death of the MH17 flight (Malaysian Boeing 777), made on the basis of engineering analysis from 15.08.2014The state and prospects of development of the naval forces of Ukraine (2013)
Military Reviewin Yandex News
Military Reviewin Google News
50 comments
Information
Dear reader, to leave comments on the publication, you must sign in.