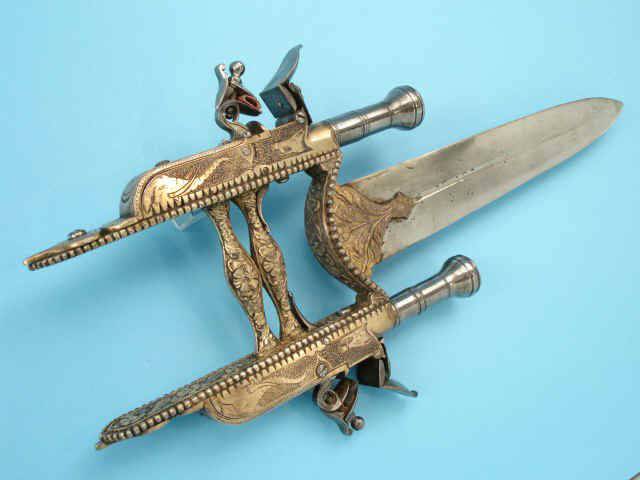 Qatar, or as it is also sometimes called jamadhar, refers to the pinch daggers or daggers that have a brass grip. In translation, the word "Qatar" means: a tooth, a blade, or the most exotic meaning "the language of the god of death." Qatar is typically Indian weapon, although it is sometimes found in Indonesia, China and even Europe. The first mention of Qatar is dated to the 14 century, but Qatar was most prevalent in the 16-18 centuries.

Qatar is designed for stabbing, its blade often has the shape of an isosceles triangle and a diamond-shaped section. A characteristic feature of Qatar is a special form of the handle. Two plates (sometimes two rods) are attached to the base of the blade, which are arranged with the usual grip along the forearm. Most often they are parallel, or diverge at a not very large angle. Plates are interconnected by two crossbars, performing the role of the handle. 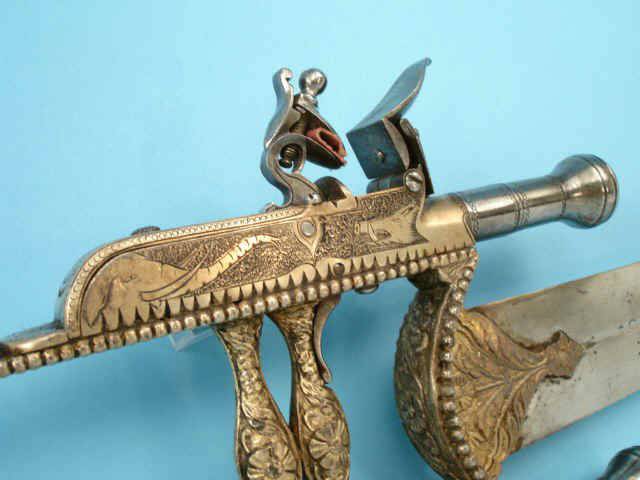 In the 18 century, due to the widespread use of firearms, they began to manufacture combined weapons everywhere. The design of the Qatar dagger made it easy to place firing devices on the side plates. In this form, the side plates served not only the role of protection for the hand and forearm against enemy strikes, but also served as the basis for attaching a firearm. 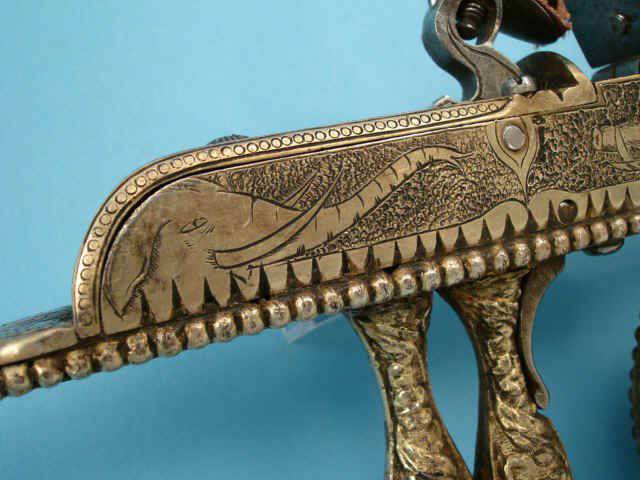 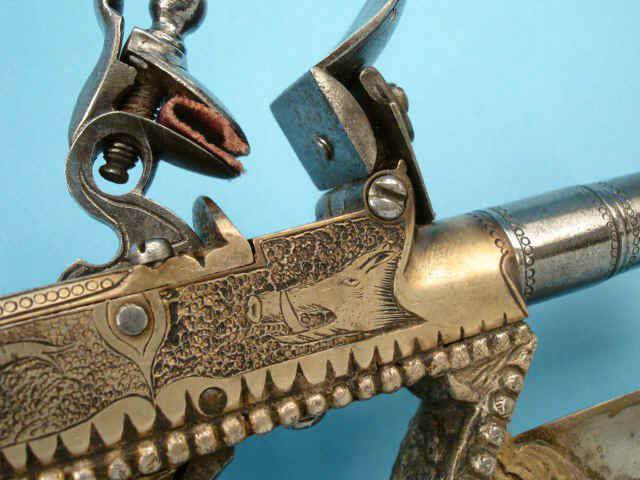 Flint pistols mounted on Qatar are most often box-construction.

Flintlock pistols, on the Qatar dagger presented, consist of a framework with a flintlock and a table. The frame is brass, on its side surfaces there is an engraving in the form of the head of an elephant and a wild boar. Locks without safety devices. 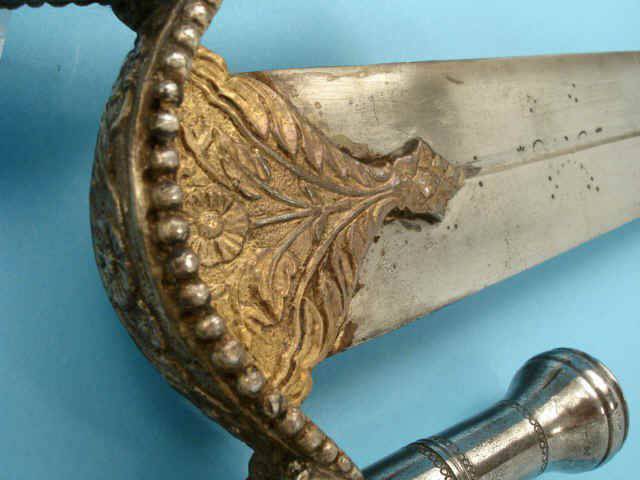 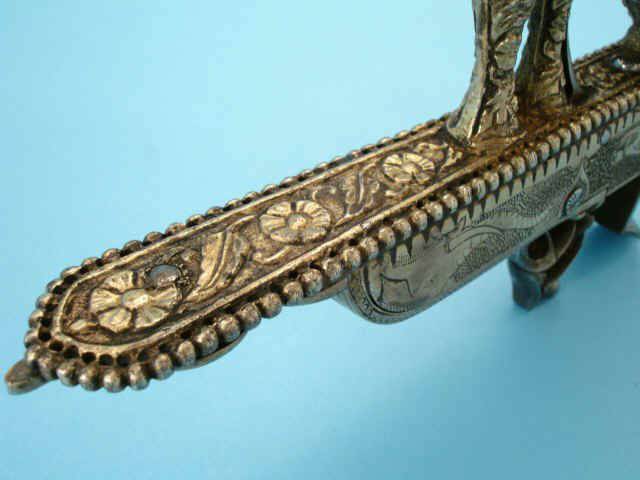 The Qatar dagger with flint pistols (Katar Flintlock Pistol), shown in the photo, has a narrow blade (usually this indicates the import origin of the blade). The base of the blade is attached with a triangular protrusion of the front part of the cross. The handle, side plates have decorations in the form of floral and floral ornaments and are trimmed along the contour with bead-shaped balls. 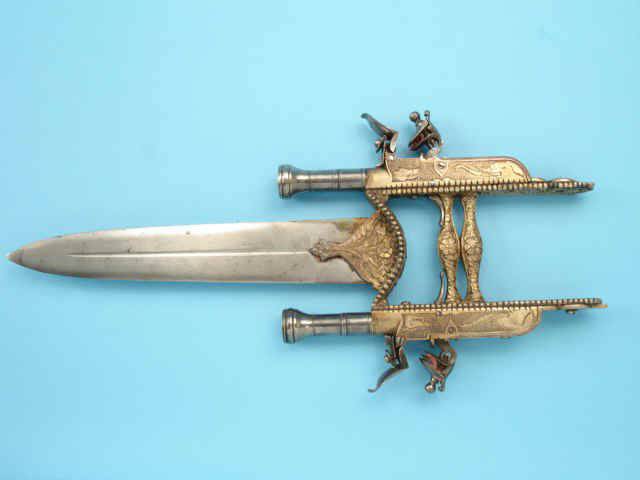 The blade of the Qatar is double-bladed with a central dale, has a length of 240 mm. Barrels steel pistols, length 50 mm. Two transverse plates of the handle have a rounded section. 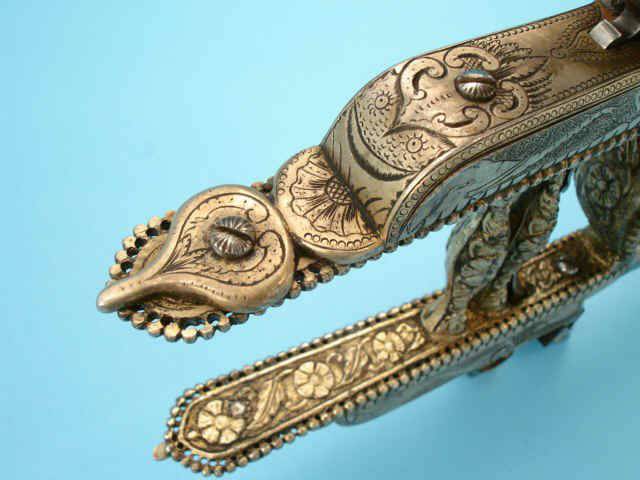 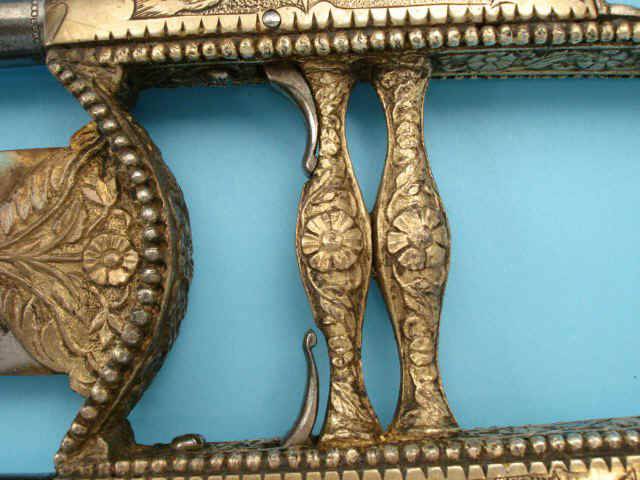 Firing devices are attached to the side plates with screws. Triggers with non-cocked triggers fit snugly to the front bar of the handle and do not interfere with the hand when stabbing with the blade. 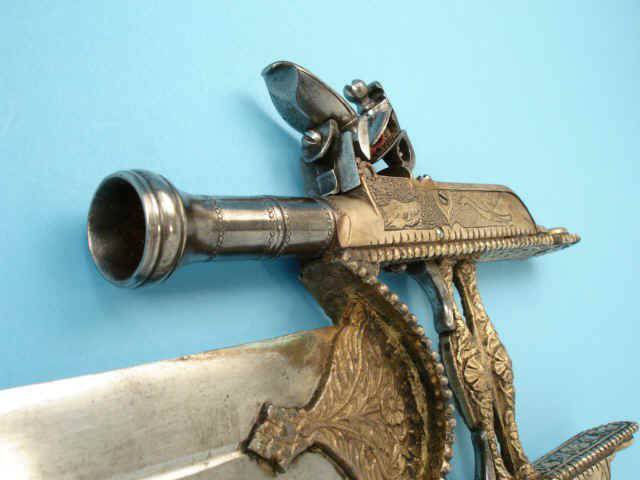 The barrel of the pistols at the muzzle has a bell like a trombone. The outer surfaces of the trunks also have a decorative finish. 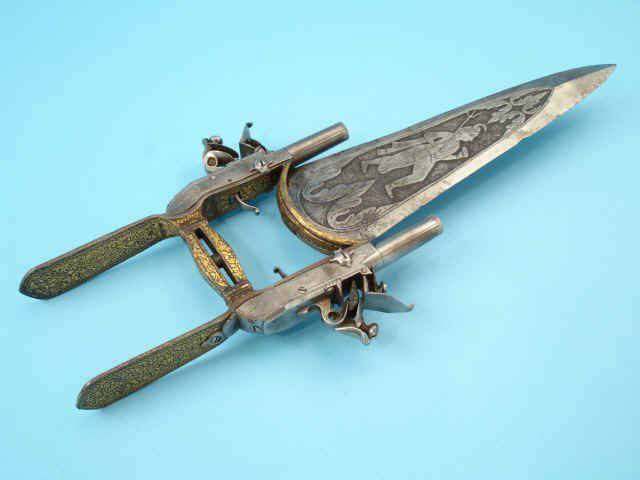 The Qatar dagger with flint pistols presented in this photo has a characteristic Indo-Persian blade. The blades of the Cathars were usually made of Indian damask (cast Damascus) or "wutz", most often they were wide at the base for inflicting heavy stab wounds. 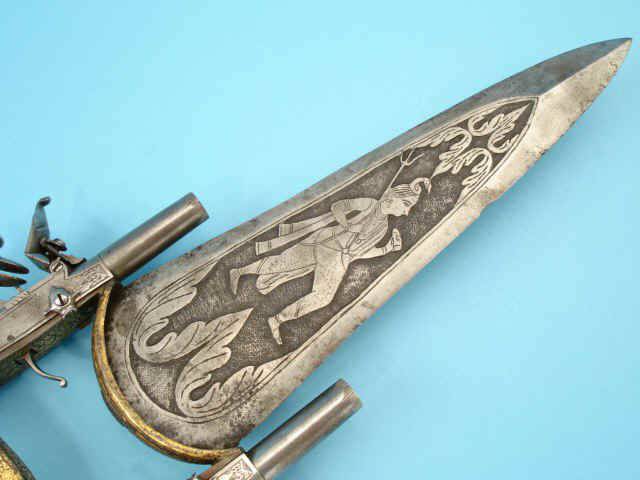 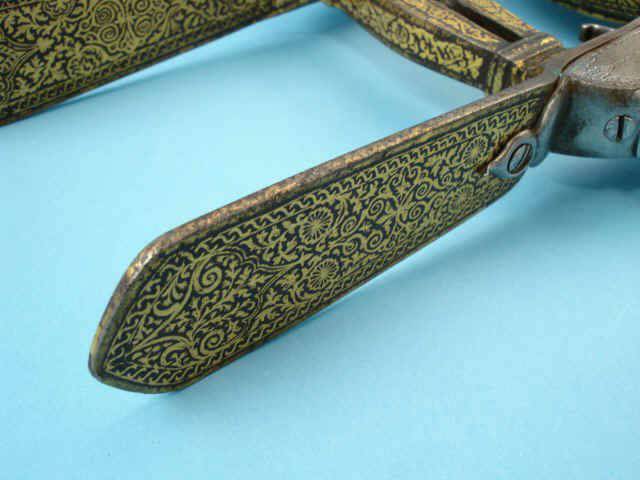 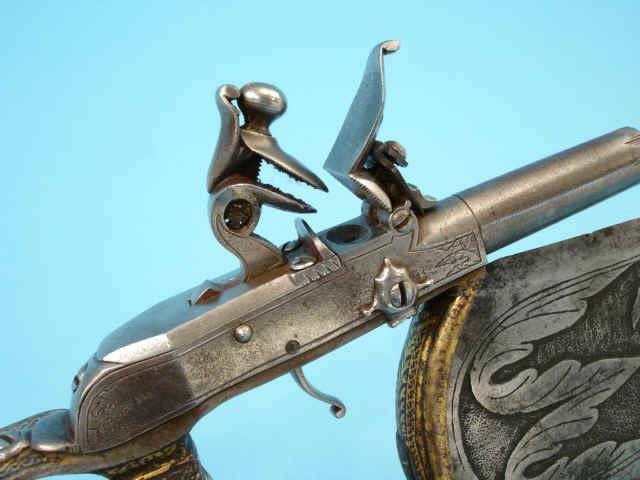 The surface of the handle and side plates are inlaid with gold and decorated with complex floral and geometric patterns. Shooting devices - flint pistols boxlock construction, made entirely of steel. On the side surfaces of the frame there is an engraving. Triggers in this case are located closer to the base of the blade, so as not to interfere with the comfortable grip of the handle. 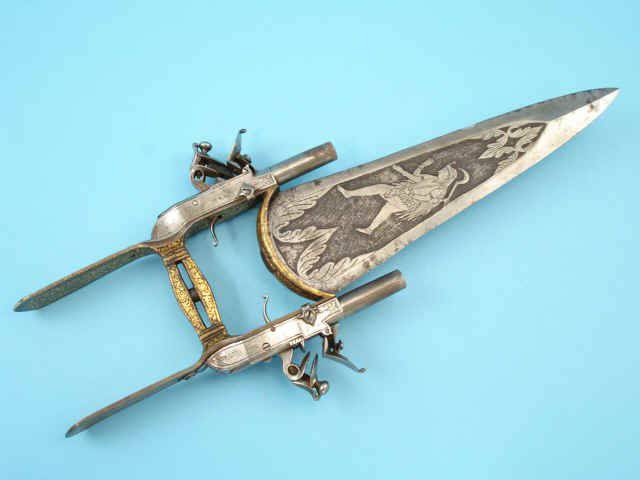 The side plates are flat, two transverse rods connecting them, which act as a handle, are slightly curved and have a rectangular cross-section. Silicon guns are fixed with screws on the first half of the side plates, between the base of the blade and the handle. The total length of the dagger pistol 422 mm. 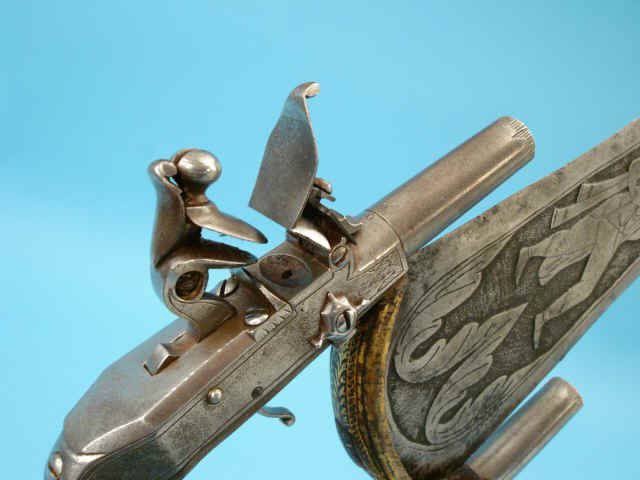