South Stream: European Commission Against All

January 27 2014
28
In early December, Russian and Western media reported on a letter from the European Commission, the addressee of which was the Ministry of Energy of the Russian Federation. The European Commissioners decided that the agreements concluded with transit countries for the construction of the South Stream gas pipeline should be revised. The reason for the upcoming revision: Gazprom allegedly has no reason to carry out such activities in Europe. The laying of the pipeline violates the legislation of the European Union, namely, the third energy package - the rules for ensuring competition in the European energy market. This is no good: Gazprom will export gas, set tariffs, and control the pipeline. Some direct monopoly is obtained. European commissioners were afraid that a part of the EU would fall under dependence on a Russian company. 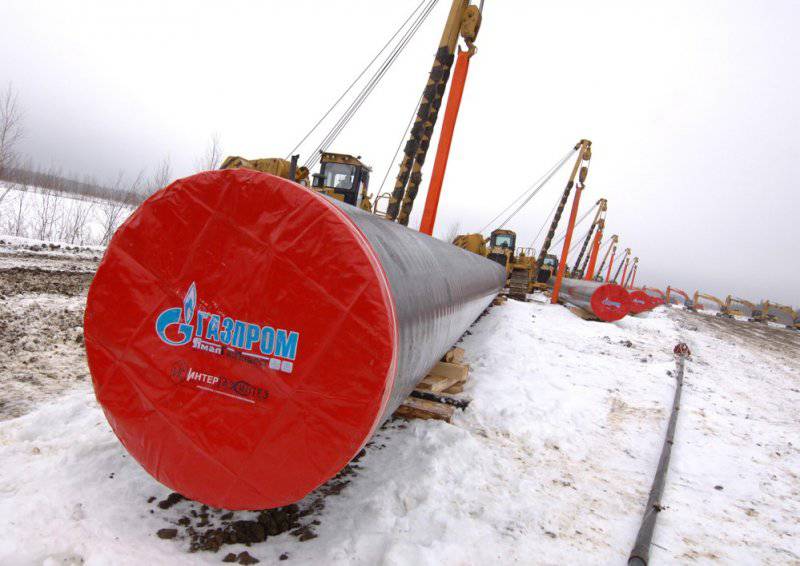 The European Commission, on the other hand, considered in December that the agreements should be brought into line with EU legislation. Gazprom did not like such statements, and the company responded in the sense that the EU, they say, will not stop South Stream. Then Minister of Economic Development Alexei Ulyukayev said that Russia is preparing lawsuits for the EU related to restrictions on the third energy package. There were other speeches and statements. At both sides.

And EU Commissioner for Competition X. Almunia argued in general that the European Commission suspected Gazprom of abusing its dominant position in Central and Eastern Europe. And the concern has nowhere to go: it will be forced to make concessions in order to avoid official accusations.

In response, Russia sent its proposals to the European Commission on the adjustment of the third energy package. You can recognize the South Stream part of the international energy infrastructure, as the Nord Stream. The second way to get along with the package is to create an operator company associated with Gazprom.

Russian Energy Minister Alexander Novak and Ettinger agreed to set up a working group to discuss the legal and technical issues of the project. Speech on the revision of the agreement on the "South Stream" is no longer. The task of the group is to resolve the issues that the South Stream can function normally according to EU laws. This was announced by Deputy Minister of Energy Anatoly Yanovsky. The timing of the work of the group has not yet been determined, the representative of the European Commissioner said, and as for the relations between Russia and the European Commission, they are now constructive.

What is this? .. The spears broke for more than a month, when suddenly ... Therefore, Ukraine turned to Russia in front, and back to the EU, the Kremlin gave Kiev money, lowered the price of gas - and the European commissioners were instantly behind South Stream? As if there were no violations of the Euro-laws, which were just mentioned? A fresh tradition, but hard to believe! After Putin "unwrapped" Yanukovich, everything should be the other way around ...

“South Stream,” recalls the journalist, is the Gazprom project for the construction of a gas pipeline with a capacity of 63 billion cubic meters. m. It will pass through the Black Sea to southern and central Europe. The project cost is 16 billion euros. The gas pipeline should reach its design capacity in 2018. With the help of South Stream, Russia will be able to provide customers with gas without transit through Ukraine, the current agreement with which ends in 2019.

Europeans objectively need the South Stream, it increases the energy security of the region, says Sberbank CIB analyst Valery Nesterov. The European Commission, he says, pursues several objectives in negotiations with Russia. The main one is to achieve access to the gas pipeline of “third parties”. First of all, we are talking about Azerbaijani gas. And in the future we can talk about the transportation of Turkmen or Middle Eastern gas. Another goal of the EU, according to Nesterov, is to achieve lower gas prices.

Yuri Barsukov (Kommersant) is far from bright estimates of the prospects of South Stream. After all, the "substantive discussion" did not even begin. According to Kommersant, Moscow and Brussels did not find a compromise on any item. Creating a working group? But neither its composition nor the format is defined.

The main purpose of the visit of the European Commissioner for Energy Günther Oettinger to Moscow on Friday last week was closed negotiations on the status of South Stream. It was expected that at these negotiations the position of the European Commission, which acts both as an opponent of the project and as a representative of the countries that have signed agreements with Russia, will be clarified. The latter, at the same time, also entrusted Brussels with negotiations, and unequivocally spoke in favor of building a gas pipeline in their territories.

And what? “There is no compromise on any point,” a source familiar with the course of the negotiations told Kommersant. Oettinger arrived at the talks by ten in the morning and, at one o'clock in the afternoon, headed back to Brussels.

Another unnamed source, "Kommersant" said: "The immediate opportunity to achieve progress in the negotiations will be at the Russia-EU summit in Brussels on January 28." The Russian delegation will be headed by Vladimir Putin.

Meanwhile, the summit will be marked by the cooling of relations between Moscow and Brussels - just after the struggle for Ukraine. And the program of activities on the proposal of the EU reduced to one day. Therefore, it will be difficult to reach mutual understanding on South Stream, according to a source of Kommersant in diplomatic circles.

This material does not state that the European Commission and Russia will search for a decision on South Stream without revising intergovernmental agreements. On the contrary, Yury Barsukov points out: the position of Brussels is that Gazprom should ask the European Commission to exclude from the norms of the third energy package for its gas pipeline. So at least Jonathan Stern, director of the gas program at the Oxford Institute for Energy Studies, believes.

The Russian concern did not specifically ask for an exception: it wants to completely remove the “Yuzhny” from under European regulation; the appeal with the exception will mean recognition of the correctness of the European Commission. But here is a dead end. According to Stern, if the EU wants to meet Russia, it will be difficult to reach a compromise: after all, the EC will have to admit that Gazprom can play on the European market by special rules, not like other players.

In general, the cola bast, start from the beginning.

By the way, the European commissioners do not even discuss the issue of reliability. However, speaking at an energy conference in Berlin on 22 in January, Chairman of the Board of Wintershall, Rainer Seele, said that Nord Stream and South Stream contribute to strengthening the reliability of gas supplies to Europe. Reports about it Quote.rbc.ru.

True, the European commissioners may consider Mr. Seele to be an engaged expert. Seele himself admitted that his company plans to “give more intensity to interaction with the Russian Gazprom.” “This year Wintershall will be more involved in the production of gas and condensate in Siberia, working directly from sources of raw materials. In response, Gazprom will fully take over the gas trading and gas storage business in Europe. ”

As is known, Wintershall Holding GmbH, along with the Italian concern Eni SpA and the French company EDF, is Gazprom’s partner in the implementation of the South Stream project’s maritime part.

It remains to assume that the European Commission at further negotiations will seek access to the gas pipeline of "third parties". This very goal, probably, will be devoted to the activities of the so-called. "Working group". Gas supply diversification is the favorite topic of the European commissioners. The “third parties” will ensure this diversification, at the same time making competition to Gazprom through its own gas pipeline. A brilliant decision, of course, but Gazprom itself will not go for it. In addition, the parties to the transaction (transit countries) want the gas pipeline to pass through their territories. This is beneficial for the economy: both transit and thousands of jobs.

In short, there was a question of priority: whose laws are more important - the EU or the governments of sovereign countries. Gazprom believes that governments. But the European commissioners are confident, apparently, that supranational institutions are higher. In the predictions that the EU is about to crack, is there any grain, aren't you?

Delaying the decision on South Stream is therefore at the same time a demonstration of the power of European institutions to the authorities of the EU member states and a political confrontation with the Russians, whom the West has always wanted to weaken. It is obvious that after January 28 the conflict of interests will enter a new phase: we will witness violent disputes both of Russia and the participants of the South Stream project with the European Commission. The latter is not going to retreat: its power and authority are at stake.

Observed and commented on Oleg Chuvakin
- especially for topwar.ru
Ctrl Enter
Noticed oshЫbku Highlight text and press. Ctrl + Enter
We are
The past, present and future of the Russian energy strategy ("Stratfor", USA)Results of the week. “The whole world is a theater, but the troupe is no good”
Military Reviewin Yandex News
Military Reviewin Google News
28 comments
Information
Dear reader, to leave comments on the publication, you must sign in.