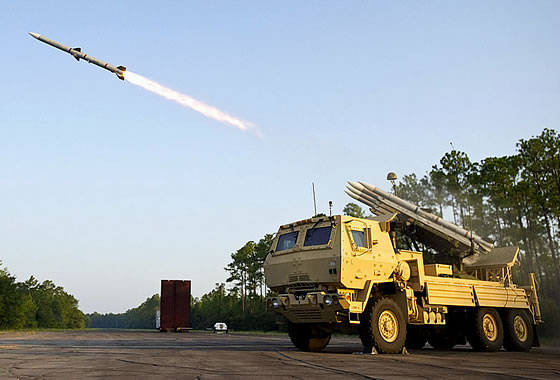 For the first time, US Secretary of State John Kerry reported on the ongoing negotiations with the United States on the supply to Oman of air defense systems manufactured by Raytheon in May 2013. The cost of sale at that time was estimated at 2,1 billion dollars.

As stated, the discussion began in January 2013. The purchased systems are planned to be integrated with similar complexes in service in other countries of the Persian Gulf.

These messages do not disclose the type of systems purchased. However, with high probability it can be argued that it will be a combination of AMRAAM-based SAM systems (SL-AMRAAM), as well as, possibly, Avenger SAM system.

According to Vice President of Raytheon Sanjay Kapoor, told Bloomberg in June 2013, Oman was considering the possibility of purchasing a National Advanced Surface to Air Missile System (MIM-120 NASAMS). Currently, NASAMS is not adopted by the Middle Eastern states, but in September 2008, DSCA sent a notice of the possibility of selling SL-AMRAAM to the United Arab Emirates. According to the information of the French newspaper “La Tribune”, the Air Forces of Oman will receive stationary launchers NASAMS and mobile launchers SL-AMRAAM.

In October 2011, the Defense Cooperation and Security Agency (DSCA) of the US Department of Defense notified Congress of the planned sale to Oman of the Stinger missiles and AMRAAM, as well as other equipment worth up to $ 1,248 billion, in the framework of the Foreign Military Sales program.

Oman became the first buyer of AMRAAM air-to-air missiles in the Middle East after concluding a contract with XenumX for the supply of 50 SD in July to 2002.

In June 2013, the US Department of Defense signed a contract with XenumX million for the US Air Force Air-to-Air AIM-534,8 AMRAAM air defense contract, which included the sale of AIM-120C120 missiles as part of the Foreign Military Sales program for Air Force Saudi Arabia and Oman.

Ctrl Enter
Noticed oshЫbku Highlight text and press. Ctrl + Enter
We are
Russia firmly occupies a place in the global arms market 2 and will maintain its position in the foreseeable future.Armored Vehicles Market in the Middle East in 2005-2012 and forecast for 2013-2016
Military Reviewin Yandex News
Military Reviewin Google News
4 comments
Information
Dear reader, to leave comments on the publication, you must sign in.