US plans to double cybersecurity costs

January 23 2014
7
In 2014, the Pentagon increases the cyber command budget by more than 2 times. The increase in costs is due to the growth of cyber attacks, as well as the need to expand the staff of specialists who will deal with the elimination and detection of various cyber threats. In total, the US authorities expect to spend 447 million dollars for the needs of the US Department of Defense cyber commands, which is 2,3 times more than was spent on the same goals in the 2013 year (191 million dollars). The increase in the budget of the unit has become known from the publication in the publication Nextgov, which, in turn, refers to official documents promulgated by the Budgetary Appropriations Commission.


Pentagon officials explained to reporters that the increase in cyber command spending was mainly due to a significant increase in staff. For March 2013, the unit employed about 830 employees, however, in accordance with the program adopted by the US authorities, before the 2016, the staff of the cyber division of the Ministry of Defense should increase by 2 thousands of employees annually. Currently, American cyber warders are engaged in identifying and blocking threats that emanate from other countries and primarily affect military and industrial computer networks. In addition, the list of their tasks includes protection against hacker attacks of the communal and social infrastructures of the country.

According to the US Department of Homeland Security, in 2012, the number of cyber attacks on various American computing networks increased to approximately 153 thousands. For example, compared with 2011 year, growth was 42%. It is also reported that at the same time the costs of cyber defense will be increased, which are laid within the budget of the Ministry of Internal Security. This year 792 million dollars will be allocated for this article, which is 35,5 million dollars more than was allocated in 2013 year. Thus, in total, the Pentagon and the Department of Homeland Security in the 2014 year are going to spend more than 1,2 billion dollars on cybersecurity and cyber attacks, which is about 30% more than the amount allocated a year earlier. 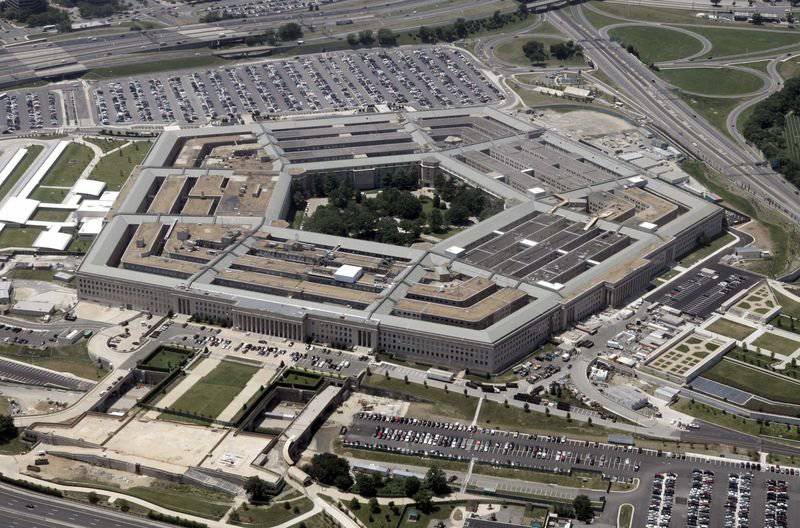 The order to create a special cyber command in the US as part of the Pentagon was signed in June 2009 by US Secretary of Defense Robert Gates. In May, 2010 was appointed the head of this department, he became Keith Alexander, who previously headed the National Security Agency (NSA). The task of the Cyber ​​Command was to ensure the security of the country's main military networks. According to experts, only the networks belonging to the US Department of Defense annually withstand about 6 millions of hacker attacks. In 2010, the budget of the educated agency was 120 million dollars.

It is noteworthy that Lieutenant General Keith Alexander was appointed head of the new unit, who previously headed one of the most secret intelligence services not only in the United States, but also in the world. He led the NSA engaged in the implementation of electronic surveillance around the globe, using for this listening station, as well as reconnaissance satellites. The need for the formation of a separate cyber command by Pentagon representatives explained the increase in the incidence of theft of various secret information from military networks, as well as the malicious disabling of computers and computer equipment and computer networks.

Prior to this, the media leaked information that indicated the penetration of hackers into the network of the US Department of Defense. The main culprits of the attacks were two countries - China and Russia. In total, according to representatives of the Pentagon, today more than 100 foreign intelligence agencies are working to gain access to closed US computer networks. This is not taking into account the growing strength of industrial espionage, as well as the threat from criminal and terrorist groups. 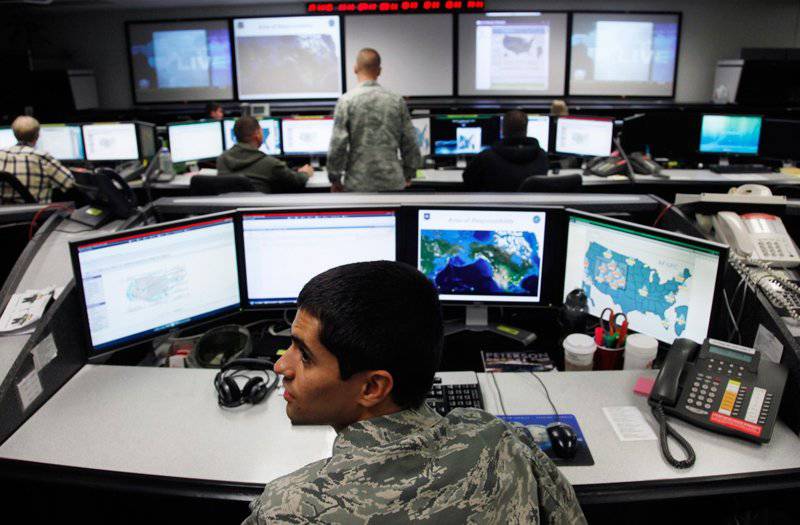 To date, the activities of the Cyber ​​Command, although unfolding under the completely peaceful slogan of “protecting American interests”, are not limited to defense alone, of course. According to Igor Korotchenko, the editor-in-chief of the National Defense magazine, at present many states consider cyberspace as a completely independent field for conducting combat operations. In this regard, ahead of the rest, of course, the United States. This can be judged at least by the disclosures made by a former NSA employee Edward Snowden, who was granted temporary asylum in Russia. The fact that the Pentagon’s cyber command was headed by the former head of the NSA demonstrates to us that today electronic intelligence is engaged to the maximum extent in real combat operations in cyberspace.

Some details of the work of the US National Security Agency became known to the general public only after revelations by a former employee of this service, Edward Snowden. Thanks to Snowden, it turned out that US intelligence agencies not only monitor the worldwide computer network, but bypassing security protocols, they study the state of bank accounts and correspondence of citizens, tapping the phones of millions of citizens and intercepting millions of SMS messages daily. All this is being done under the high banner of the fight against terrorist danger.

The individual attention of Lieutenant General Alexander deserves special attention. Not so long ago, in the magazine Foreign Policy, he was called "supergikom." It turns out that back in 2005, by creating his own operations control center, the officer invited the Hollywood designer to work. At the request of Keith Alexander, he completely recreated the atmosphere of the captain’s bridge from the famous science fiction series Star Trek: The Next Generation.

The lieutenant’s favorite brainchild — the now-famous surveillance program hiding under the abbreviation PRISM — was helped to develop by the “evil scientist” James Heath, who is the creator of many data-processing solutions. In certain circles, James Heath is known as a "crazy and dangerous genius." At the same time, some believe that the head of the Cyber ​​Command Command and his “Doctor Evil” do not know where they spent the taxpayers' money. Currently, their tandem collapsed, but the created developments are successfully applied. 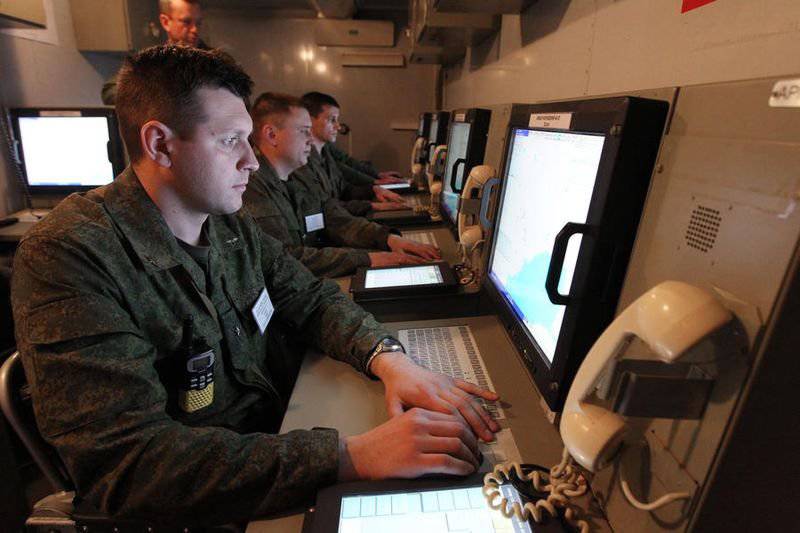 In Russia, they also did not avoid this problem. The decision to create his own cyber command in the country was made by Sergei Shoigu back in 2013. According to the head of the Ministry of Defense of the Russian Federation, cyber command should be finally formed by the end of this year. The benefit of computer scientists and computer security specialists in the Russian open spaces is still enough. Moreover, very often the software created in Russia is significantly superior to foreign analogues, says Igor Nezhdanov, who holds the post of head of the Information Wars Department of the Advanced Development Laboratory.

According to him, they were able to convince themselves of this when they were working on a review of software used by the American command team. For ourselves, we drew the conclusion that they created it in order to effectively control their own part of the Internet and get into other people's segments. We found that the algorithms they use are fairly simple, we almost managed to repeat them, somewhere else in 6 months we will have working analogues that we can pass on to our state, said Igor Nezhdanov. Currently, any details of the Russian project, of course, are kept secret.

Against this background, Russian senators are working on Russia's Information Security Strategy. It is planned, in particular, to recruit specialists with experience in detecting vulnerable points of information systems that are not associated with various criminal structures, these are the so-called white hackers. It is planned that they will work in close cooperation with the Russian special services. It is planned that cyberdrugs created in Russia will be engaged in checking the security of government sites and will carry it out on a regular basis. After all the improvements, this “Strategy” will have to be submitted to the consideration of the Security Council of Russia.