January 23 2014
18
The re-equipment of the strategic rocket forces continues. In addition to missile systems, the Strategic Missile Forces receive auxiliary equipment of new types. So, last year, units of the rocket troops began to receive 15М69 engineering and camouflage machines (MIOM) and the Foliage 15М107 remote clearance machines (MDR). This technique is intended to increase the survivability and maneuverability of mobile ground-based missile systems of various types, including the latest Yars.


The construction of engineering and disguise machines began in 2009. Last year, 2013 completed the delivery of MIOM vehicles to the Teikov missile division. Three regiments of this compound received a total of nine new machines. In addition, last year three 15М69 vehicles entered the 39 rocket division and two - into the 42 rocket division. This year, the delivery of machines MIOM will continue. During the year, seven units of this technology will be transferred to the engineering units of the 39 and 42 th missile divisions. Thus, in the foreseeable future, the number of divisions fully equipped with 15М69 machines will reach three. In the future, the construction of this technology will continue: new auxiliary machines will be supplied to other formations of strategic missile forces. 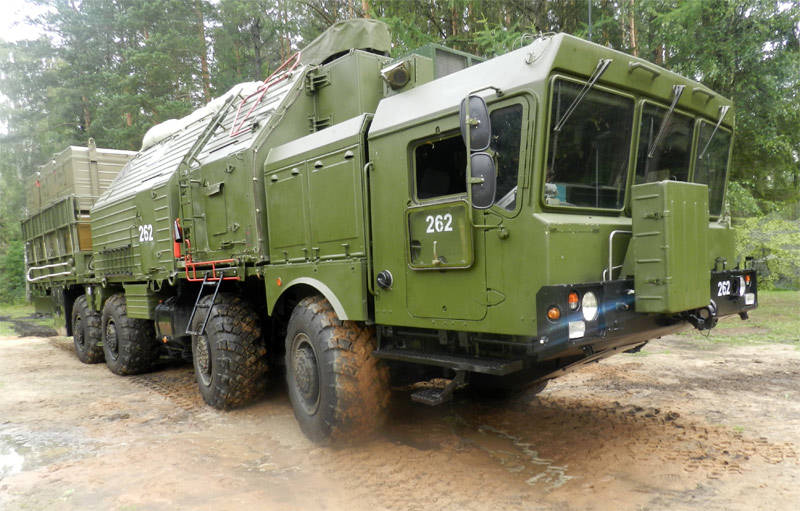 In the early autumn of last year, there were reports of the completion of tests of the auxiliary machine for the Strategic Missile Forces. The 15М107 “Foliage” remote clearance machine is designed to search and destroy mines laid along the patrol routes of mobile launchers of the Topol, Topol-M or Yars missile systems. As reported in September 2013 of the year, at that time the Russian defense industry was completing the fine tuning of the new MDR and was preparing for its mass production. The timing of the start of deliveries of these machines in the Strategic Missile Forces were not called. Now it became known about the first deliveries of Foliage vehicles to the rocket troops. Until the end of 2014, two such machines will be delivered to the Teikov Rocket Division. In the future, obviously, will begin construction of this technology for other compounds of the Strategic Missile Forces.

15М69 engineering and camouflage vehicles are capable of performing several functions that facilitate the combat work of mobile launchers. MIOM machines are equipped with a complex of various equipment designed to examine and, if necessary, change the environment. Thus, a set of sensors allows the crew of the 15М69 vehicle to examine the roads or bridges along the way and determine their characteristics. Thus, MIOM establishes whether the launcher can follow this route or not. In addition, on the roof and sides of the engineering and disguise machine there are special frames with sensors, the dimensions of which correspond to the size of mobile launchers. This framework allows you to determine whether a car with a rocket can pass a certain part of the path, for example, a narrow clearing. 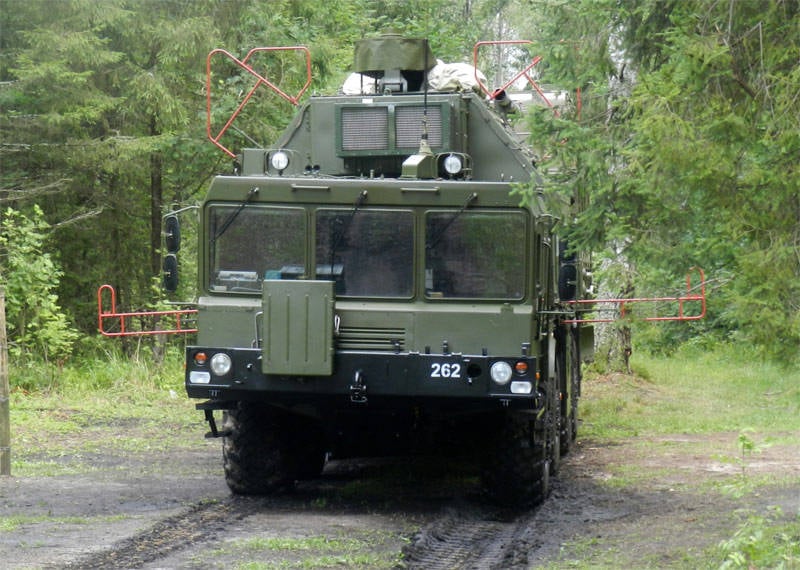 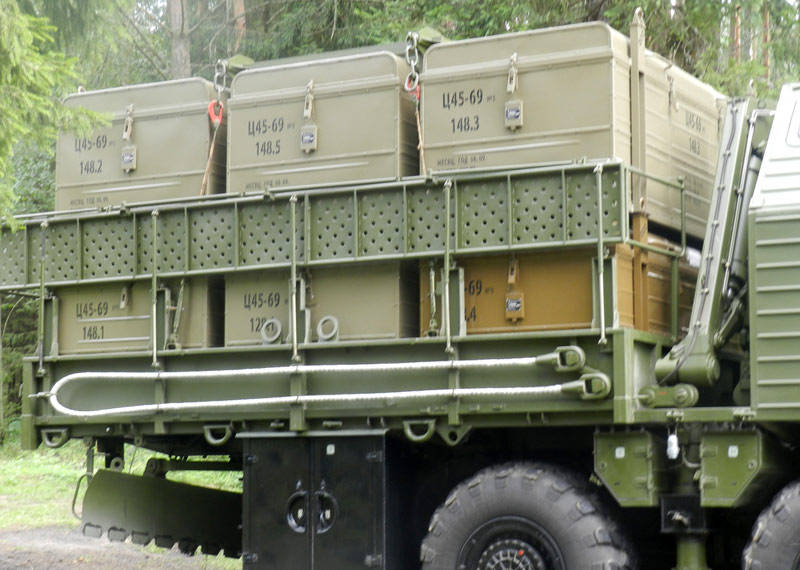 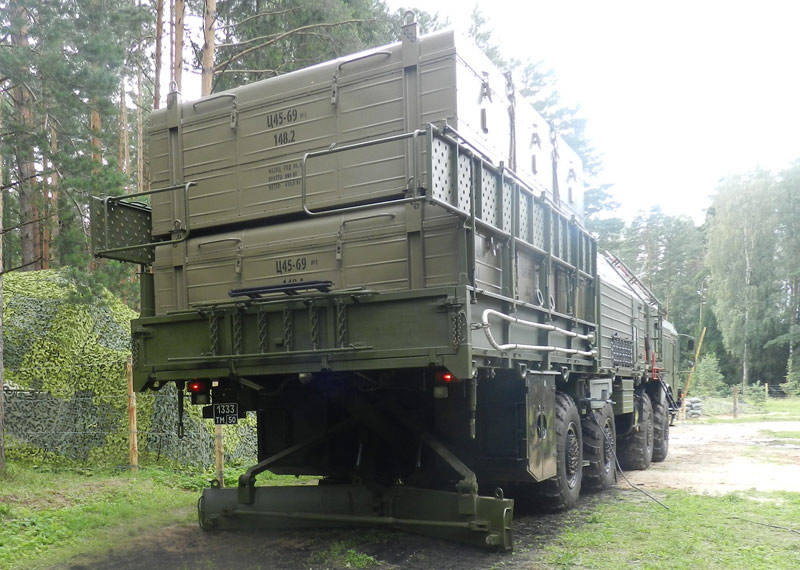 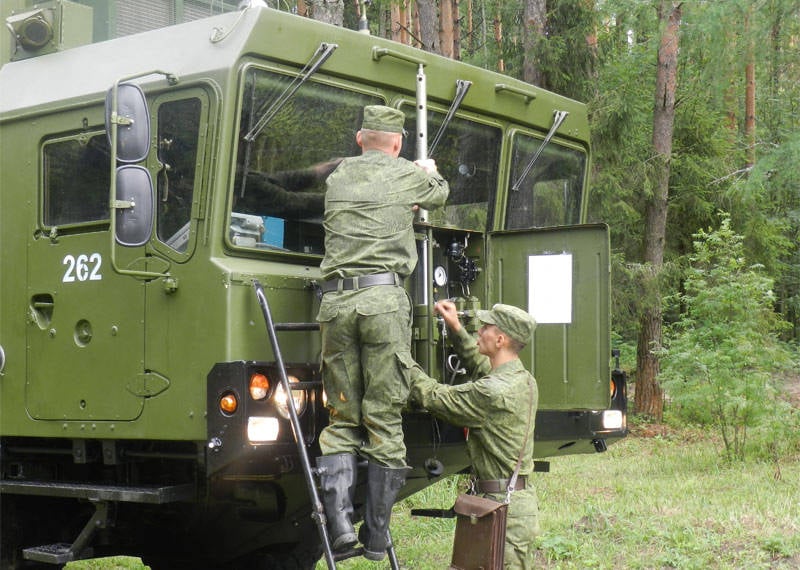 For masking machine 15М69 has a set of special graders. With the help of this equipment, it can literally erase traces of the launcher or other machines of the missile complex. In addition, the available equipment allows you to leave a false track launcher on the desired dirt road. In the cargo compartment of the MIOM vehicles, false targets are simulated that simulate launchers. In the infrared and radar ranges, spurious targets look just like mobile launchers. According to reports, one machine engineering and masking 15М69 is able to ensure the work of the division, which includes six mobile launchers. The MIOM complex allows you to inspect the route, erase the real traces and make false ones, and also place equipment imitating equipment in the right places.

The remote demining machine 15М107 “Foliage”, as well as MIOM 15М69, is designed to provide combat duty for mobile ground-based missile systems, but it has other tasks. On the wheeled chassis “Product 69501” (KAMAZ plant) a complex of electronic equipment is installed, as well as a set of antennas and emitters of a characteristic form. A parabolic antenna is mounted on the roof of the base machine, a movable frame on telescopic rods is mounted on the engine hood. The purpose of these units is not completely clear. Probably, the front frame is used to search for explosive devices, and the antenna on the roof serves as an “electromagnetic gun” and is designed to destroy the electronics of the detected ammunition. However, it may be that a parabolic antenna is used to search for mines, and a front frame with radiators is needed to destroy them. 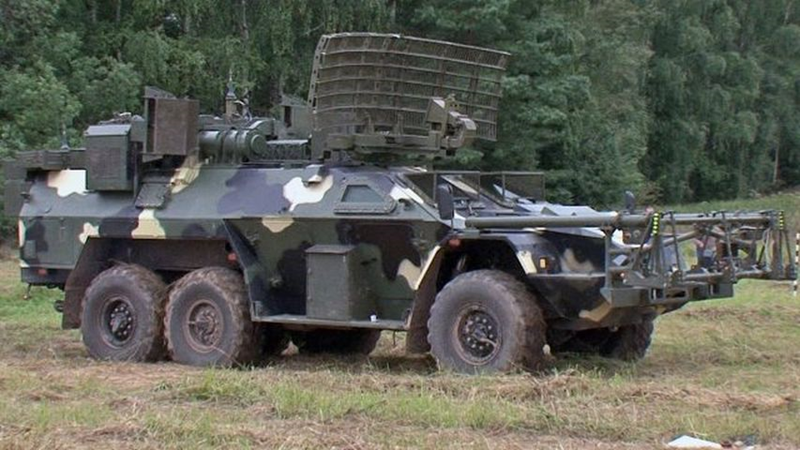 According to the open data, the Folktaking MDR radioelectronic equipment is capable of searching for mines at a distance of up to 100 meters from the vehicle in a sector in width 30 °. As follows from previously published data, the combat operation of the Foliage machine is as follows. In front of the Topol, Topol-M or Yars missile systems, at some distance from them, the remote mine clearance complex is moving. Using radar tools, he surveys the road and searches for mines. When an enemy ammunition is detected, the crew of the “Foliage” reports this to the rocket men and stops the vehicle. The crew of the MDR 15М107, based on the available information, must decide on the method of mine clearance. Depending on the type of an explosive device, two sappers, entering the crew of the vehicle, or the operator of radio-electronic systems can deal with its deactivation. In the latter case, the machine is removed to a safe distance and includes a microwave emitter. If there are electronic elements in the composition of the found explosive device, the radiation literally burns them and makes the mine unusable.

To protect against radio-controlled explosive devices using civilian electronics (mobile phones, walkie-talkies, etc.), Foliage carries a special radio transmitter that simulates the corresponding signals. In this case, the remote-controlled mine will explode, barely hitting the area of ​​the “Foliage” machine. According to reports, such a suppression system works in a radius of 70 meters. 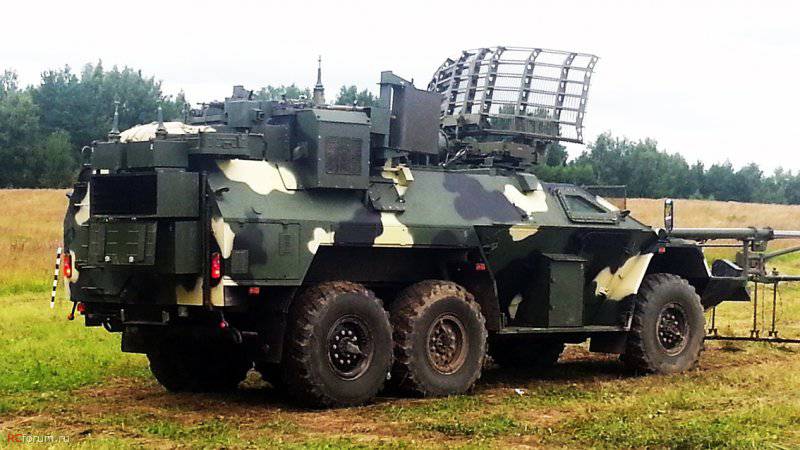 The construction and supply of new assistive technology for strategic rocket forces should lead to an increase in their combat capability. Two types of equipment, 15М69 and 15М107, can solve two important problems. For example, engineering and camouflage vehicles will help rocketmen inspect movement routes and mask their positions, and remote mine-clearance vehicles will be able to secure movement along patrol routes. Thus, two types of equipment will be able to simultaneously protect mobile missile systems from both intelligence and saboteurs of a potential enemy. As it follows from the available information, the RVSN compounds will be fully equipped with the MIOM 15М69 and the FDR “Foliage” by the end of this decade. The total needs of the troops can be estimated at several dozen cars of both types.