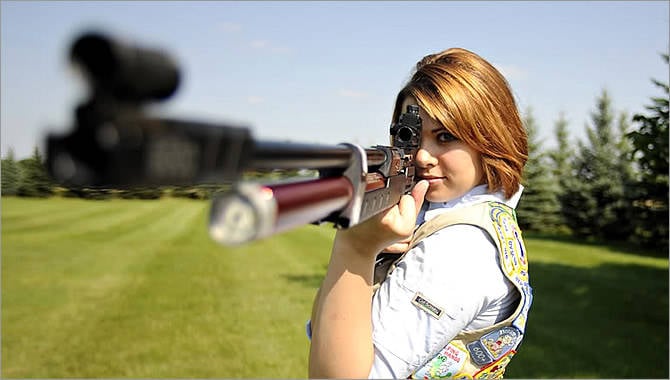 It is difficult to imagine men indifferent to small arms. After all, a good and accurate shot is for any representative of the "stronger sex" a source of incomparable pleasure. Shooting and enjoys a sufficiently large number of women.

Particularly popular with fans weapons enjoy air rifles and pistols. And this is not by chance. In its development, pneumatic weapons over the past decades have gone far ahead compared with traditional Soviet models, such as Izh-38 or MP-512. The choice of the modern buyer has become much richer with the advent of new models of rifles and pistols, such as Gletcher CLT 1911 air gun. Specialized stores sell pneumatics from domestic and leading global manufacturers. In this case, the characteristics and cost sometimes differ significantly. What parameters should be used to choose the weapon that is most suitable for you?

First of all, it must be remembered that the combination of the highest power with the highest accuracy is unattainable for weapons of any kind, including the pneumatic one. And designers, as a rule, have to sacrifice one of these two characteristics. Almost all high-precision rifles are low-power, and when you buy a “cool pugach” you will have to forget about sniper accuracy.

By power is meant the energy imparted to the pool during a shot. Therefore, it is also called muzzle energy. As in the case of any energy characteristic, the unit of measurement is the joule. If instead of joules, the manufacturer indicates meters per second, then we are talking about a completely different parameter - the initial velocity of the bullet. When specifying the mass of a bullet, energy can easily be calculated by simple multiplication. However, if the mass is not specified, which happens quite often, the initial speed can only serve as a value for comparison, and in no way indicates the power of the rifle or pistol.

Why is it so important to know the power of pneumatic weapons? The fact is that it depends on it, what weight the bullet should be used when shooting. For example, for weapons with high muzzle energy, the heaviest bullets should be used, since lighter ones in this case may behave unstably when fired.

The letter F in the name of the weapon is used for low-power “pneumatics”, the letter J is for wide-spectrum rifles and pistols, the letters FAC indicate the highest power.