Stop "sailed". To US cartel collusion with drug lords 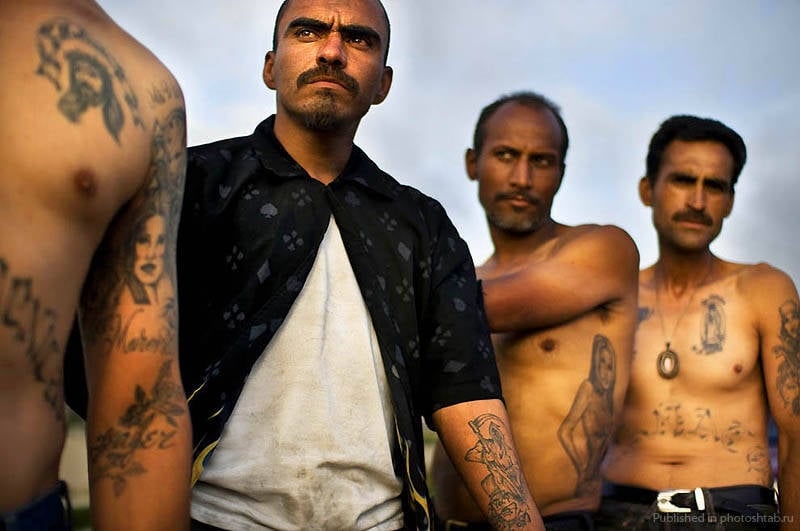 As is known, the United States has a simple and cheap way to help close its eyes to its own problems with crime. It is called the Mexican drug cartels. Compared to them, even Detroit doesn’t look like a criminal trash. In criminal Mexico, someone is regularly sewn into a bag, thrown into a river from a cliff, parts of the body are cut or sawed with a hacksaw, they simply hunt with a gun in the mountains, and so on. Methods - whether the Middle Ages, or the most pitch nineties in Russia. The attitude of ordinary people is appropriate. But the media has a constant and reliable source of dill, if you suddenly need to give it to the air. For example, to show that somewhere is much worse.


Cartels have long become part of the local landscape, and hunting for their couriers with drugs, the flow of climbing into the States, has become a traditional occupation of border guards and parts of the US Coast Guard. Part of the couriers were caught, some still transported the potion across the border, but the money there was huge and they could not see the end, so the whole process was perceived as an inevitable and habitual evil.

And then the bomb exploded.

Who is to blame

The newspaper El Universal published an investigation that irrefutably proved that the US government concluded an agreement with 2000 to 2012 the year with the infamous drug cartel Sinaloa, allowing Mexicans to bring drugs worth billions of dollars through customs in exchange for agreeing to knock on competing cartels. It's not anyhow who, the leader of Sinaloa, Joaquin Guzman, nicknamed El Chapo, is recognized as the most influential drug dealer in the world. Rumors about connections in the highest circles of the United States have long been circulating about him, but no one could have imagined that this was not at all about bribing, but about a conscious union.

The investigation of El Universal is the first, supported by reinforced concrete evidence, there is an official document for every word, including the testimony of former agents under oath. The journalists interviewed more than 100 interviews of current and retired police officers, drug couriers and other direct participants in the events.

It turned out that the officers of the Drug Enforcement Agency had only personally met with the leaders of Sinaloa more than fifty times. It all began with the arrests of a number of major functionaries of the cartel, who were released in exchange for an ardent desire to cooperate. Friendship went so well that UBN organized for them a corridor at the border and legal immunity inside the country.

It is noteworthy that before 2006, other people reigned in the drug market, however, by a strange coincidence, it was at this time that contacts of the security police and the cartel became most active, and a wave of violence and redistribution of power swept through Mexico. Sinaloa entered the narrow circle of the most influential gangs precisely after this small war. Now it became known that even weapon Sinaloa was supplied by the United States. To this end, from 2006 to 2011, the Federal Bureau of Alcohol, Drugs, Tobacco and Weapons Control conducted a surprisingly innovative operation. FBCO agents threw huge batches into the arms market and loosened control, “in order to trace the illegal supply of weapons to Mexican drug cartels and plant their leaders”. The operation was a complete success - if a batch was thrown at 2000 trunks, 710 was able to collect small buyers from the detainees afterwards. Of course, not a single leader was even arrested. The operation became public only in December 2010, when one such machine gun was shot by border guard Brian Terry.

I bought weapons for those super profits that Sinaloa got from unhindered business in the USA. In exchange, UBN received full information about the rivals of the cartel and built a wide network of informants who signed written cooperation agreements in exchange for the removal of possible accusations in the US courts. Good thing after all bureaucracy.

One of the leaders of Sinaloa detained during the scandal by the name of Zambad-Niebla openly confirmed the existence of an agreement between themselves and the federal prosecutor's office, together with representatives of the highest echelons of power, and also told how he bought weapons during the FBCO operation. The Mexican authorities, by the way, as early as April 2010 reported to Stratfor analysts that, according to their data, the US had entered into an alliance with Sinaloa "in an attempt to reduce the level of violence in Mexico."

Thus, the year in America begins with the largest public scandal.

And what to do

I must say that for the "cattle on pickups" from the southern states all these revelations about surveillance and Internet-facebook are a distant matter. The Internet, of course, is used there, but not really immersed, and no one will worry about the opening of the correspondence of any New Yorkers at all. The South of the United States lives closer to the earth than the North, and it is his personal concerns that concern him first, and only then abstract matters. Even if it is freedom, the constitution, the rights of an American, and so on. Still in second place.

And then suddenly it turns out that the guy who pushes drugs in your child’s school is actually working for the government! And in the next school too. And those guys who sawed off the leg of the brother of that Mexican's wife, they then went to drink the viskar with all the same feds. Which, it turns out, they do not catch these clowns, but make sure that they are not accidentally seated, otherwise they will stop knocking on the others who are dragging drugs here. It's a good thing, they are given the right only as a reward for it ... right, to bring more drugs here, and then what is the point ?!

And this is personal and universal, so the reaction of the local to news difficult to overestimate. 750 has thousands of views in a couple of days with just one note on The Business Insider, not to mention how the bones of the feds that have finally lost their shores are now being washed up in all kinds of eateries, where e-mail is worried much less than about the dope flow from Mexico.

It happened unprecedented. The Americans, after all, very often in the comments are divided by party affiliation, and those from whose party the president is now elected protect his administration from the attacks of the losers in the elections. However, in this case, neither Obama can be defended, nor driven on him - because there was still no Obama in 2000, and Bill Clinton collected things in the White House, intending to give way to Republican George W. Bush. Whose administration and supervised the project the first years of its existence, just at the time when Sinaloa rose on the wing. So the main argument of all disputes "Republicans / Democrats are to blame" suddenly dropped out of the discussion, because everything was to blame.

In the ensuing silence (it should be understood literally, 110 comments under the editorial, which was read by a quarter of a million people - this does not happen) suddenly became tirelessly audible American paranoid and marginalized. And that's symptomatic. If people who write about the guilt of someone's particular administration, get equal to several dozen pros and cons, then the absolute champions are those who write the following:

“(Answering) you started with the right thought (that all federal agencies are ready to sell their own mother), and then moved on to party accusations. This is not a problem of any one party. Understand, pointing the finger at half the country, you already assume that we are divided and rule over us. Tip: the same people who spend millions of dollars on both parties and buy influence in them. ”

“When the US government participates in what it considers to be a crime, and at the same time some unreal number of people sit in jails - it loses its legitimacy.

It is either criminal or not.

If the state rises above its own laws, the integrity of the entire system is violated. ”

“When I read this, I begin to think, or even hope, that all this is part of a big performance. Maybe it’s just the price of the lives of those who died in this war on drugs less than the lives of people who will be saved after winning this war? Maybe the point is that the US uses this information to crush the rest of the cartels, and then they will have everything at hand to wipe out this one too? May be.

But the fact that not a single large gang was destroyed, that not a single large victory was won, at least I have never heard of it, or it says that journalists are hiding it from us ... but already enough optimism, it seems around just one solid crooks. We will soon have to be friends with this village in Mexico, where people are so fed up with so much that they rebelled against the government and against their cartels. ”

Notice, even steadfast patriots can't stand it. And they are not alone - judging by the unanimous favor of these commentators, it seems that they are no longer marginal.

Ctrl Enter
Noticed oshЫbku Highlight text and press. Ctrl + Enter
We are
Valentin Katasonov: “Monopolies are starting to divide the world“ by force ””When far Syria is more important than a neighbor. Drug parallels
Military Reviewin Yandex News
Military Reviewin Google News
30 comments
Information
Dear reader, to leave comments on the publication, you must sign in.