Ukraine disrupts the repair of the Croatian MiG-21bis fighters

January 21 2014
16
According to the Croatian press, the delay in the timing of the delivery of repairs repaired in Ukraine to SE Odessa aviation the plant ”of the MiG-21bis and MiG-21UM fighters is already 100 days old. During the inspection of the repaired equipment, the Croatian test pilot Ivan Selak (Ivan Selak) found problems (in the form of noise of unknown origin) in the radio equipment. It should be noted that the Czech company ČLS was also responsible for the repair of radio equipment. At the same time, a satisfactory quality of engine repair was noted. 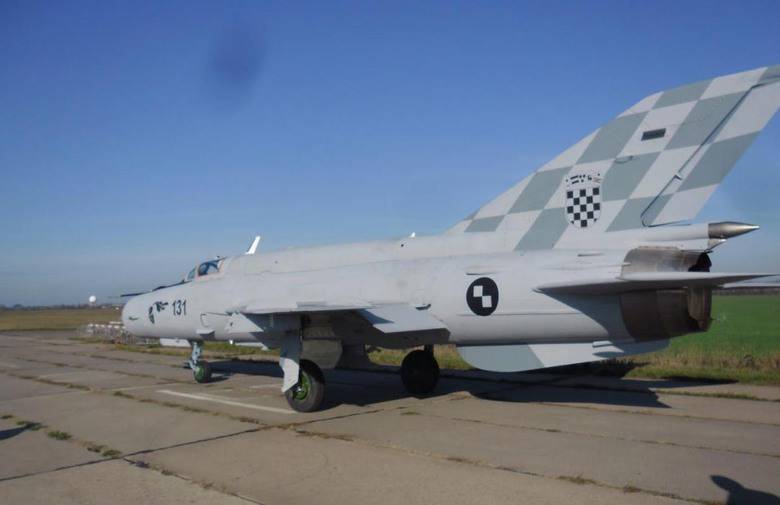 According to our blog, the Croatian Ministry of Defense has not yet publicly expressed concerns about delays in repairing, citing one of the reasons for the delay as “bad weather conditions in the area of ​​the aircraft repair plant.” Representatives of the Ministry of Defense are optimistic and promise that in the near future the country's air force will receive repaired airplanes, from which even real air-to-air P-60 missiles will be launched. This is all the more relevant for Croatia, which, as of mid-January 2014, has not a single operational MiG-21 left.

In addition, according to the information received by bmpd, even if formally MiG-21bis are transferred to the Croatian side, they will not be able to use their Sapphire RP-22CMA radar, which are virtually inoperable. Repairing them turned out to be too difficult (or expensive).

Note bmpd. History with the Croatian MiG-21 in Ukraine once again confirms the complexity and risks of contacting dumping repair companies in Eastern Europe and the CIS, which do not always have the necessary capabilities for full repair. For Croatia, this is the second such case after the failure of an appeal to Romania to repair and upgrade the same MiG-21 at the Aerostar enterprise.