Dr. Udo Ulfkote. “The Twilight War. The real power of the secret services " 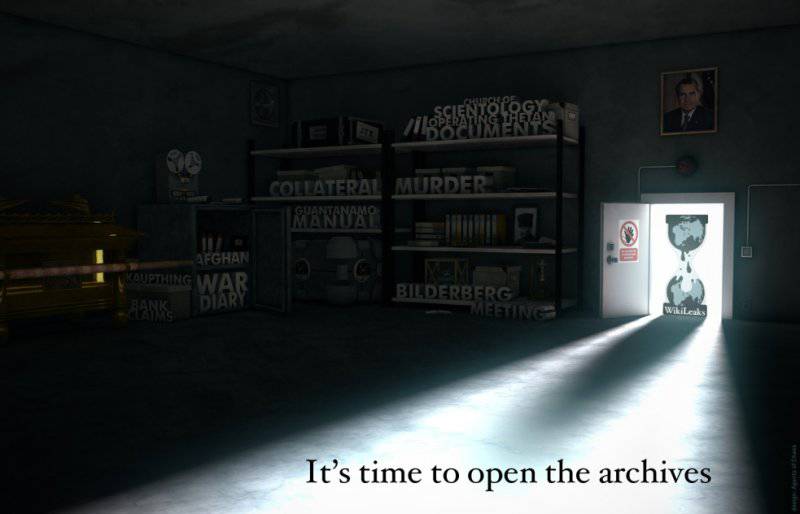 It is believed that John Dimitri Negroponte is primarily a specialist in psychological warfare. It is in this capacity that he can contribute to strengthening one of the most controversial divisions of the CIA — the covert action staff (CAS) in the Operational Directorate. This department is trying to overthrow foreign governments through propaganda, political and economic manipulation, as well as military or paramilitary operations.


If you visit UAN, then it will seem to you that you are in the office of a large daily newspaper. Here are sitting the CIA employees who write articles, as well as journalists, and then transmit them to foreign media. Political campaigns are being developed in these offices, propaganda materials are being created here, from stickers on cars to posters, the purpose of which is to help pro-American candidates come to power through elections or keep them in power. Other CIA officials are developing plans to destroy the adversary’s financial systems through thoughtful investment outflows.

The CAS is the department of the CIA, the results of which work almost daily in newspapers, never mentioning, however, the reasons leading to these results, and without naming those who created these reasons.

Whether it is a “peaceful revolution” in Ukraine, Georgia, or demonstrations in Kyrgyzstan, Azerbaijan, and Uzbekistan, very often the CAS officers are involved in this game. In the 2005 year, for example, they were preparing to influence the presidential election in Belarus 2006 of the year. Many opposition groups of Belarusians were offered assistance in the amount of up to 150 thousand dollars - if they agree to unite with other groups after the “revolution from below” and create a pro-American government. The staff of the CIA Secret Operations Headquarters have extensive experience in such matters. Many new rulers of Georgia and Ukraine received fees from them. In Belarus, according to information from circles close to the BND, experts from the American KAS have been recruiting since the end of 2004, primarily among youth associations. They set up their “mobilization campaigns”, similar to those that were so successfully conducted in Ukraine. At the same time, they were thrown by the idea that they should openly turn to pro-government newspapers with articles and statements directed against President Alexander Lukashenko.

The goal of such actions is the hope that these students will be expelled from universities for oppositional activities and can be presented as victims of Lukashenka authoritarianism, after which, as open opponents of the regime, they will be able to occupy important places in the opposition. According to information from the German Federal Intelligence Service, the Americans at the same time did use the services of NGOs (non-governmental organizations), many of which are located in prominent places by agents or employees of UAN. It was they who, for example, conducted “seminars on democracy” and trained activists in destabilization tactics.

Viktor Yushchenko’s opposition movement in Ukraine also did not spontaneously emerge. Former head of the CIA’s own security department, Charles Kane, who had extensive experience in organizing “flower revolutions”, was sent to Ukraine back in 1996 to prepare and set up opposition groups for a peaceful coup d'état. (It was this Charles Kane who, four years later, in 2000, was accused of manipulating the US presidential election, which included the disappearance of ballot boxes, in Martin County, Florida.). The main role in the events in Ukraine was played by the European Network of Election Monitoring Organizations (European Network of Election Monitoring Organizations, ENEMO). ENEMO has the status of a UN NGO.

Although the Ukrainian Constitution did not provide for any monitoring of the elections by any non-governmental organizations, about a thousand ENEMO "observers" stayed in Ukraine for a long time and supported opposition groups as much as they could. OSCE monitors had nothing to do with this activity. And only ENEMO constantly reported about “election fraud”, while the OSCE knew only about one such case.

ENEMO includes 17 organizations from 16 of the countries of the former USSR and the "social camp". They are most supported by the National Democratic Institute (NDI), led by Madame Madeleine Albright, former US Secretary of State. The ENEMO secretariat is funded by the George Soros Open Society Institute. And the same thousand ENEMO observers were paid by the House of Freedom of the former CIA director James Woolsey, the National Democratic Institute Madeleine Albright and the International Republican Institute (IRI) John McCain. But secretly all this was coordinated by the CIA Secret Operations Headquarters.

The leaders of the Ukrainian youth organization “Pora” and the Committee of Ukrainian voters, totaling more than ten thousand members, received a month up to 3000 dollars paid by the United States Agency for International Development (USAID). The origins of this one of the successive "flower revolutions" of the CIA are rooted in the well-known Ajax operation 1953 of the year, which led to the overthrow of the regime of Prime Minister Mohammed Mossadegh in Iran.

Many readers will find these words about the “Orange Revolution” the usual regular conspiracy theory. Have we not all seen on television how hundreds of thousands of people in Ukraine peacefully took to the streets and caused a change of power in the country?

26 November 2004 of the year Englishman Ian Trainor in the Guardian newspaper spoke in detail about the American organizations that stood behind the activists in Kiev, who, at first glance, took to the streets of their own accord. Traynor reported that although all the Pora activists were indeed Ukrainians, their slogans, stickers, posters, and even their Internet page were still of American origin.

The whole campaign was “all American”. Traynor recalled how the American Embassy from Hungary (Budapest) in 2000 had organized a coup in Serbia by financing and supporting a youth opposition movement. And he writes that the same Serbs who overthrew Slobodan Milosevic were sent by the Americans to Ukraine. He told how professionally American “advisers” united opposition youth into groups in order to increase their energy. According to him, 14 million dollars were allocated for a coup in Ukraine. In Serbia, however, a whole 41 million was needed.

The series of “democratic revolutions” that began in 2000 in Belgrade (where President Kostunica won the election with the help of American advertising firms) was to continue in September 2006 with the removal of President of Belarus Alexander Lukashenko from power. Since it was clear how important the names, colors and symbols are for such “revolutions”, the name “Cornflower Revolution” was already invented. Here the opposition was supposed to go under a blue, cornflower flag. The scenario followed a scheme successfully tested in 2000 in Yugoslavia, in 2003 in Georgia and in 2004 in Ukraine: after the presidential election, their results will be more or less legitimately declared fraudulent. Then mass protest demonstrations are held, causing attention by the media, and then the opposition "takes" power, relying on a significant part of the ruling apparatus and the elite, who will no longer see the point in defending the power of the "loser" president.

In addition to the state-run “flower revolutions”, the CAS CAS repertoire includes targeted falsifications of election results. In July 2005, an American journalist Seymour Hersh wrote an article in the New Yorker newspaper that in the first free elections in Iraq in 2005, Washington purposefully supported the then Prime Minister of the Transitional Government Ijad Alavi and his list of candidates to limit the influence of pro-Iranian Shiites in the constitutional assembly. Alavi received 30 in January 2005 of the year 14%, although according to surveys he could count only on 2-3 percent. Seymour Hersh reported that even before the election, President George W. Bush ordered the use of all CIA resources for covert support for democracy throughout the world. Although the document was sustained in general terms, but, as Hershu was told by one retired high-ranking CIA officer, everyone clearly understood that this was about Baghdad. The money for this "secret operation" in Iraq came from the "black cash" so that Congress would not know about it. The operation was entrusted to pensioners of the CIA and other former officials, formally no longer associated with the government.

The agents of the CIA secret operations headquarters usually stand under the guise of diplomatic corps officers in US embassies in the former Soviet republics. These “CIA diplomats” “lead” people in parties, unions, student organizations, trade unions, in the media, in military and government circles, as well as in the country's economic sector. Other CAS employees disguise themselves as personnel of American firms, institutions and organizations In addition, tourists, scholars and exchange students, schoolchildren and even priests are recruited and used.

Not always the Headquarters of secret operations can act in secret. In March, 1997, Serge Alexandrov was expelled from Belarus on charges of spying on the CIA. One of the Western intelligence bulletins of the time said this: “Yesterday, Serge Alexandrov, the first secretary of the US embassy in Minsk, was declared an undesirable person and expelled from the country. On Sunday, an American citizen, Belarusian in origin, was arrested along with several thousand and participants in an unauthorized anti-government demonstration in Minsk. The accusation was: espionage for American intelligence CIA. Last week alone, the executive director of the George Soros Foundation, Peter Byrne, was arrested immediately after his arrival in Minsk and after hours of arrest expelled from the country.

Berna was accused of abusing his status as a foreigner, participating in anti-government demonstrations, and thus interfering in the internal affairs of the country. ” It was, I recall, in the 1997 year. And in 2006, they were hoping for more success.

And again in the background in Belarus, Soros acted with his Open Society Institute. And again, in secret for the invisible threads, the Headquarters of the secret operations of the Central Intelligence Agency was tugging.

Ctrl Enter
Noticed oshЫbku Highlight text and press. Ctrl + Enter
We are
"German politicians are puppets of the USA"What you didn't want to know about England
Military Reviewin Yandex News
Military Reviewin Google News
47 comments
Information
Dear reader, to leave comments on the publication, you must sign in.