Ukrainians as a phenomenon maximum 123 year 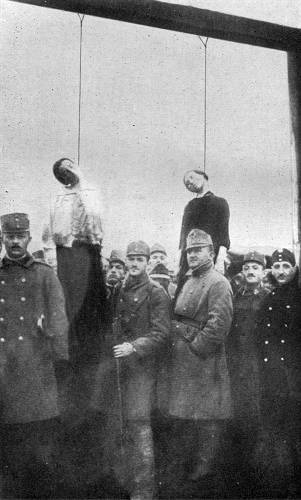 Year of birth of the Ukrainian, as a project, is 1581 year. This year, the papal legate-Jesuit Antonio Passevino suggested that the king of Lyakhov, Stefan Batory, with the long-range goal of renaming Kievan Rus and the lands of OukraiЂ Rus, call the southeastern outskirts of Poland — Galicia and Volyn — Ukraine, and the natives of these lands “Ukrainians” . At the same time, in the same legal measure of lexical meaning, Galicia and Volyn could be called "margin", and the indigenous people of these lands "marginins" because both of these words, with identical lexical meaning, are abbreviations of the old Russian word "Oukrain" - land on the outskirts - the borderland. But the term "Ukrainian" has not taken root, and this word was used only in geographical terms. The indigenous inhabitants of Galicia and Volyn continued to be called “Rusyns” - a term granted to them by Pope Innocent IV in 1254.


Cook "historical"The soil for the implementation of the project of the papal Jesuit legate Antonio Pasevino from 1581, for thirty silver coins from the Uniate religious order" Vasilianov ", given under the leadership of the Jesuits in 1882, and decent maintenance from the government of the Austro-Hungarian Empire, was entrusted to Mikhas Grushevsky in 1894 year.

Mikhas Grushevsky, in his "writings", at the behest of the Jesuits of the Pope, renamed not only the Rusyns of Galicia and Volhynia, but, as the papal Jesuit legion Antonio Pasevino came up with in the 1581, and the Varangians-Slavs, Rusichs, the Russian people of Oukraine-Rus - Kievan Rus - Kozakov countries - Vkraina according to Taras Shevchenko - Naddnprovskoy Great Ukraine (see the terminology of the act of evil of the 1919 of the year) in “Ukrainians” Thus, in the territory of the modern State of Ukraine, the Russian people, with their ethnic roots dating back to a thousand-year history, ceased to exist in his, so to speak, “history”. And the good old Russian Language Mikhasik Hrushevsky - a man without honor and conscience renamed in his pseudoscientific "stories" in the old Ukrainian. There was a Russian language for a thousand years and, suddenly, at the behest of the Pope, “disappeared” at one moment - annihilated in a black hole instead of the conscience of Mikhail Grushevsky.

Even the Uniate priest Lavrenty Zizaniy in 1596, who collected an explanatory dictionary of the language spoken by common people from Belorussia through Volyn and Galicia to the western outskirts of Kiev, could not do this, for example: Potel (Slavonic - White-Croatian): Kogu (t), P ... (n), rooster - synonyms in the dialects of the Russian language.

Lavrenty Zizaniy honestly calls the various dialects of the regions of the territory - the dialects of the Russian language: LEXIS: SirЂRche Rechenya, Vyvkratsob selected (s) us. And from the word (n) scoby language, to the simple (th) Ruskіy Dіale (k) Istol (b) forged.

Laurentius Zizani fraud with the substitution of concepts could not make - God was afraid, but Mikhas Grushevsky God was not afraid - he had the Devil and the Pope in patrons. What is he afraid of?

In 1890, the Ukrainians appeared from Rusyns in Galicia, under the patronage of the Jesuits of the Pope - including the Uniate religious order "Basilians", handed over to the Jesuits in 1882, identifying their origin with Austria - the Ukrainians of the Austro-Hungarian Empire - the Ruthenians .

Ukrainians in Galicia and Volyn formalized as a minority by 1907.
Like most Ukrainians, the Ruthenians of Galicia stole the Austro-Hungarian Empire formed by the year 1914.
In 1914 - 1917, the Ruthenians of Galicia - who identified themselves with Kievan Rus, and did not want to become Ukrainians-Ruthenians of Austria-Hungary, were almost completely destroyed without trial at the gallows and in concentration camps by Ukrainians-Ruthenians, Austrians and Hungarians. In total, more than 150 thousands of Rusyns were destroyed.
Thus, the first Ukrainian appeared in this sinful world 123 a year ago and noted his appearance with exclamations: “Glory to Ukrainians” - “Heroes of Glory”, carrying out genocide in 1914 - 1917 years of defenseless Rusyns - men, women, old people and children for ideological reasons, as alien elements - Rusko, without any court and investigation.

In these bloody events of the murder of Rusyns, the so-called titular nation of "Ukrainians" - the Pope's hyenas in the fight against all Rusko - Orthodox, arises in the depths of which the terrorist Organization of Ukrainian Nationalists (OUN) was created under the leadership of leader Yevgen Konovalets and his follower - leader Stefana Bandera, who acted most actively at the end of the 20s of the last century and ideologically inspired the extermination of Jews in Lviv in 1941, as well as the Volyn massacre of the Poles by the Ukrainian Rebel Army (UPA) Stepan and Bandera in 1943, which killed about one hundred thousand innocent victims - old men, men, women and children, just because they did not belong to the titular nation, the so-called "Ukrainians". It was the OUN that inspired the creation of the SS division “Galicia” in 1943.

And neither of any Ukrainians, no one has even heard of it ...

Ctrl Enter
Noticed oshЫbku Highlight text and press. Ctrl + Enter
We are
NATO is a tool of US state terrorism
Military Reviewin Yandex News
Military Reviewin Google News
74 comments
Information
Dear reader, to leave comments on the publication, you must sign in.