January 21 2014
18
January 14 The Wall Street Journal An article by Maria Abi-Habib was published under the heading "European Spies Reach Out to Syria". Yes, this is what you thought. Once Western Europe was ready to send Syria to the Stone Age by bombing and rocket launcher, and now EU intelligence officers, trying to do their work quietly and imperceptibly, consult with B. Assad about how they could protect themselves from the European, that is, from their , homegrown, extremists ... 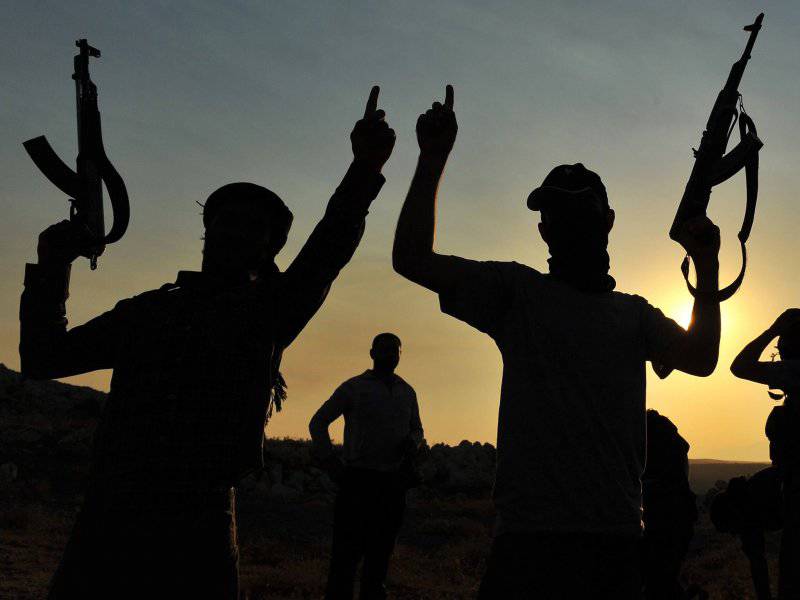 "The European intelligence agencies secretly met with the Syrian President and the United States of America and the United States of America since they received their ambassadors." That is, secret services from Europe secretly (oh God, well, of course secretly, secretly, nobody knows) met with the people of Assad and asked those to share information about European extremists operating in Syria. And this was the first meeting of Western state officials with representatives of the Middle Eastern country - the first since the moment when European part was withdrawn from Syria in droves.

This meeting, the journalist notes, was dedicated to collecting information about no less than 1200 European jihadists, who, according to the same Western officials, joined the militant groups in Syria.

Well, as they say, for which they fought, and ran into it. They encouraged war in the West, wrote about democracy, mounted this very democracy in videos, propagandized and threatened - sign it and get it.

It is difficult to judge about the degree of secrecy; it seems that it’s no longer a point to hide fear among Europeans before the invasion of terrorists who fought on the outskirts of Damascus or in Aleppo neighborhoods: they write about it almost every day in newspapers, and sociologists and political scientists conduct research and even pretend, can the special services cope with newly-born jihadists? A terrorist, even if he is one, can be much more dangerous than an open enemy ...

In the press, you can find reports that information about "secret" meetings indirectly issued, for example, the Deputy Foreign Minister of Syria, Faisal Mikdad. is he saidthat representatives of a number of European intelligence services visited Damascus to discuss cooperation with the Syrian authorities in the field of security. “I will not list, but yes, many of the representatives of these countries visited Damascus,” said Mikdad, adding that the meetings discussed “coordinating security measures.”

Who exactly of the foreigners led conversations with representatives of Assad, the Wall Street Journal does not report. It does not matter much; It is clear that the meeting was attended primarily by Western European Krupnyak: Germans, French, British. It is completely excluded that Berlin, London and Paris, where the problem of immigrants is already a key one, should not take preventive measures. European governments are hardly eager to import to themselves the gentlemen of terrorists and make life difficult for their intelligence officers, and most importantly, the citizens. The latter in the case of terrorist attacks in the area of ​​some Champs Elysées will burn more than one car and smash more than one store.

Let's think: why should the Europeans consult with the people of Assad? Will he call them the names and appearances of the London thugs who arrived in Jihad in Syria? Do not call. Assad simply does not know these bandits. But his goal is to destroy them all. And this is the purpose of Europe today. Like. Yesterday, bearded warriors were considered the liberators of Syria from the bloody tyrant and human rights activists, and now, when Assad comes, Washington is weakened, and the militants have gathered home, beards and lice suddenly became signs of medieval obscurantism, rather than democratic symbols.

So: Eurospecialists surely persuaded Assad to destroy all those who were soon going to be imported back to their homeland - who to lick their wounds, and who - to continue the bloody work of freeing the world from the infidels. The scouts understand perfectly well: not just some Caliphate propagandists will go to Europe, people with combat experience will go there. People who are used to killing. People who liked to kill. People who have collaborated with al-Qaeda and have been imbued with the appropriate ideology.

It turns out that the West has admitted: let Assad be, let Assad win. The West even admitted that without Assad, he would not cope with the terrorists. It is clear that the newspaper will not write about this in the West, and the President or the Prime Minister will not say this on television. This is too cool for a tolerant man in the street. His brain does not turn over so quickly. Even in the book of Orwell on the "alteration" stories it took some time, but here it was so sudden ... They just talked about a good opposition and a bad Assad, when suddenly ... Therefore, the issue is solved "secretly" at the level of intelligence services. And the way to solve the problem is known: death. To talk about such a crushing way on TV is embarrassing. Western European man in the street thinks that French or British scouts are completely soft and fluffy and are mainly engaged in the distribution of buns and cookies, like famous Americans on the Maidan in Kiev. And the idea, of course, is sound: Assad is still merciless towards enemies, so why not point the finger at him who can prevent Europe from sleeping peacefully?

The journalist of the Wall Street Journal rightly notes that meetings at the European Spies level do not represent a diplomatic breakthrough. The way it is. Here ambassadors will return to Syria - there will be a breakthrough.

But for that today, information about the “secret” talks of Europe with representatives of Assad is being sent to the press so that the population of Western countries is gradually accustomed to the idea: Assad is already good, Assad is no longer bad, jihadists are the bad ones, and it is jihadists who are fighting against Assad. The word "opposition" or the combination "moderate opposition" will be slowly withdrawn from circulation. A month or two of propaganda, and People are eating.

“On the sixth day of the Week of Hate, after countless demonstrations, speeches, shouts, songs, banners, posters, movies, wax figures, drums and shrieks of trumpets, marching feet, clanging tank caterpillars, the roar of airplanes and the thunder of cannons - after six days of this madness, which was approaching its climax, when the general hatred of Eurasia was driven to such a frenzy that the crowd was ready to tear to pieces 2000 Eurasian war criminals who were promised to be publicly hanged on the last day The Weeks of Hatred, if only we could get to them - it was at this very moment that it was announced that Oceania was not at war with Eurasia. Oceania is at war with Eastasia, and Eurasia is an ally.

Of course, the change was not announced directly. It was just that everywhere and suddenly it became known that the enemy is East Asia, and not Eurasia ... ”

Interestingly, and who in the West will play the role of Goldstein? Who will shout about: "Goldstein agents worked here?" Maybe in the elections to the European Parliament we will hear something about the local Trotskyists ...

Observed and commented on Oleg Chuvakin
- especially for topwar.ru
Ctrl Enter
Noticed oshЫbku Highlight text and press. Ctrl + Enter
We are
United Europe is preparing another trip to the eastResults of the week. “I am a prince! What I want - and I turn back ... uh ... I act in the interests of the state "
Military Reviewin Yandex News
Military Reviewin Google News
18 comments
Information
Dear reader, to leave comments on the publication, you must sign in.