Russian aircraft carrier hit the storm in the Mediterranean 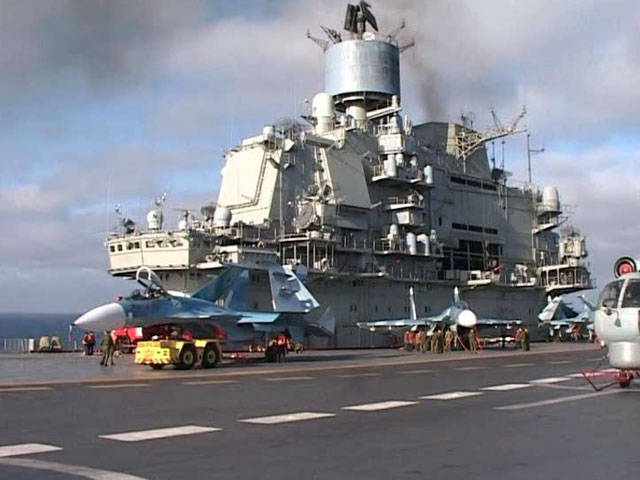 Heavy Aircraft Cruiser Admiral Fleet Soviet Union Kuznetsov and other ships of the Northern Fleet continue their long voyage in the Mediterranean Sea in a storm. The sea is about 5-6 points, the wind speed reaches 15-17 meters per second.


Despite the stormy weather, preparations are continuing for the carrier-based cruiser aviation, scheduled maintenance of ship mechanisms and equipment.

As the representative of the Northern Fleet, Captain 1 of rank Vadim Serg, told Interfax, today the crew of the cruiser celebrates the 23 anniversary of the first ascent of the Naval Flag. As soon as the weather conditions improve, a solemn construction is planned.

TAVKR "Admiral of the Fleet of the Soviet Union Kuznetsov" is the only Russian aircraft-carrying cruiser capable of carrying onboard heavy deck fighters Su-33 and naval anti-submarine helicopters Ka-27 latitudes.