ASEAN and the struggle for global leadership 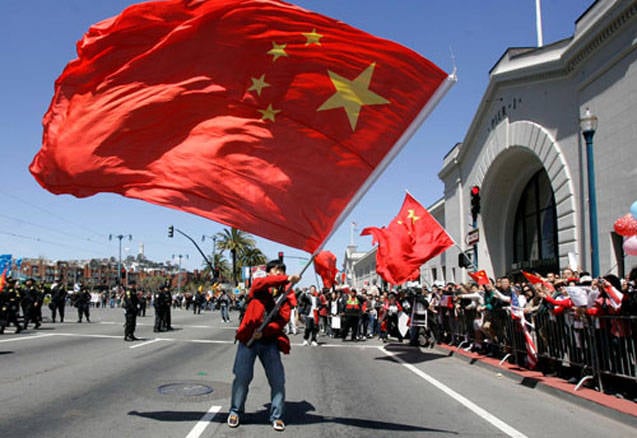 In the debate on global leadership, China has not yet made any complaints and did not want to deprive America of its exclusivity. On the contrary, all these years, Beijing has in every way demonstrated its peacefulness and aversion to any forms of hegemony. In Washington, at first, they treated the Chinese declarations with affection and even suggested Beijing to rule humanity together, i.e. G2. Beijing found this proposal theoretically interesting, but practically preferred to develop economic relations with developing countries around the world, i.e. in Africa, Latin America and, above all, in Southeast Asia.


All this история resembles the epic oriental battle of the eagle with the wise monkey back in the days when the bear and the eagle were squabbling among themselves for the right to help the poor nations to master their natural resources, and the wise monkey sat on the hill and watched these outrages. Then the bear decided that he was mistaken in the main thing and went to meditate on the top of the hill, and the monkey went down. She did not rush at the eagle with the cry: “Die, O bourgeois imperialist!”, But she did not pass the red flag either. The monkey invited the eagle to be friends. The latter estimated on the computer all the pros and cons of this deal, decided that, in which case, he would be able to give the primacy a good bashing and agreed.

Yes, there is a very promising integration process in Asia now - China plus ASEAN and others. For example, since 2010, all trade between ASEAN-6 countries has become duty-free, and the remaining members of the league must join this scheme before 2015. All this is done in the image and likeness of the EU. In addition, the ASEAN-PRC Comprehensive Economic Partnership Agreement entered into force in 2010. Thus, the world's largest free trade zone was formed in terms of the population of its member countries and the third in terms of aggregate GDP. South Korea and Japan are being drawn into this process. In 2012, the leaders of the Southeast Asian countries officially announced at the summit in Phnom Penh about the start of negotiations with a view to preparing the Comprehensive Regional Economic Partnership. The future association is expected to include Brunei, Vietnam, Indonesia, Cambodia, Laos, Malaysia, Myanmar, Singapore, Thailand, the Philippines, Australia, India, China, New Zealand, South Korea and Japan. As expected, the signing of such a treaty will lead to the creation of one of the largest trade agreements in the world.

A completely reasonable question arises - which of the above countries will become the most influential in the emerging union? In Washington, the answer to this question seems to be known and consists of the following - anyone, only not the United States. The Obama administration suspects that this will be China. What is the whole piquancy of the situation? It lies in the fact that the world's largest economic union is being created, and the guys from the White House and the Fed, who are used to keeping their fingers in all pots, remain, as they say, out of business. What a collision!

The Obama administration understands, yes, it certainly understands that it needs to do something, and not to read books on philosophy or to deal with some kind of silly domestic problems when a big game is played in a casino. Any hardened politician knows that if he has failed to lead a process, he needs to create an alternative project (even if it is fictitious). Next, he must hold backstage talks with the hesitant members of a rival association, give out promises, whisper, provoke, persecute and use other methods from the arsenal of a clever in all respects gentleman. In this case, they also use loud assurances of their own prosperity and exclusivity, and the media and Hollywood are mobilized to defame the obstinate. Indeed, in Washington, in fact, reigned especially Hollywood manners.

What does Obama do in response to China’s “challenge”? (In reality, no one calls anyone anywhere, come and trade). Obama, firstly, announces the construction of an alternative trade project, which is called the "Trans-Pacific Partnership". The latter is created by the Washington administration specifically for trade in the Asia-Pacific region (in reality, all this action can be a complete bluff). Why is this “project” necessary if a similar one already exists, and what is the difference between them? The difference between the event being set up by Obama and the native Asian one is that not the largest Beijing will be at the head of the largest trading community, but Washington, wise in all respects, along with all its aircraft carriers, the content of which is now expensive.

In short, the time has come for the eagle to ask a good bashing to all wise monkeys and drive them to the top of the hill, where a strong bear meditates, so that they are there together and meditate on the topic of "who is the boss".

Secondly, Obama proclaims the Transatlantic Partnership project, i.e. coalition the US and the EU. How this new partnership will differ from the old one is definitely difficult to say, but it seems that Washington is going to really bridle its European partners and bring order, discipline in Europe, and also ensure that part of the American defense spending is covered. In vain, perhaps for so many years, Obama overheard and spy on his friends from Berlin and so on.

There are two ways to create economic conglomerates of this scale, taking into account the interests of any such Brunei and without taking them into account. On the first path are Asian comrades and Moscow. How will Washington behave? It takes a lot of time and effort to take into account the interests of all parties, but the construction will be solid. The good old big stick can help save time, but this method can now cost America too much. Obama put forward the concept of "smart power". Those. to beat Washington is still going to, pointwise, selectively, quietly, but painfully. It is to ensure selectivity and silence that the White House spends money on global surveillance throughout the world. What actually proves the so-called. "Snowden case".

Here you are, citizens, carelessly chatting on a cell phone, and Uncle Sam hears everyone. He doesn't care about you, but if someone suddenly falls into the sphere of his attention, then a kind uncle will unpack the file and the whole world will know everything about you and even with video materials. Of course, he is not interested in every little thing, but promising politicians, administrators and businessmen should take this circumstance into account.

And what about Moscow, what are its interests in the impending battle of gods and other mythological creatures?

Finally, third, the Kremlin wants to trade with both Europe and China. Why not? China, under pressure from the United States on its energy suppliers, diversifies their supplies with Russian help. Washington, as usual, wants to drag chestnuts out of the fire by someone else’s hands, i.e. cherishes the idea of ​​a deadly fight between a bear and a monkey between themselves and therefore encourages anti-Chinese propaganda in the Russian media. So, in short, the whole “big” politics.