On "Sarkozism" and the Brazilian Fighter Tender

January 20 2014
74
As previously reported by P. 2, the fate of the French fighter Rafale, according to some observers, is largely unenviable because of the phenomenon they called “sarcosism”. Giovanni de Briganti on the pages of defense-aerospace.com explains that by “sarcosism” one should understand the inclination of the former French president to rampant boasting and unfounded faith in the success of all his undertakings. Sarkozy’s overly presumptuous behavior turned out to be a catastrophe for Rafale in Brazil, just like in the United Arab Emirates, de Briganti believes. But this is not the only reason that Brazil abandoned its long-standing preferences and made a choice in favor of a more budget single-engine fighter. These reasons, surprisingly, have nothing to do with military needs and flight characteristics.


Sarkozy’s impulsiveness and complete disregard for diplomatic subtleties led him to believe that both countries were willing to buy Rafale, but only because they did not respond with an obvious refusal and did not publicly refute his overly optimistic statements. In addition, he carried the brains out to the Brazilians that Luis Inacio Lula Da Silva, then president, did not find the strength to sign a contract for Rafale and left the decision to the discretion of his more skeptical successor Dilma Roussef. 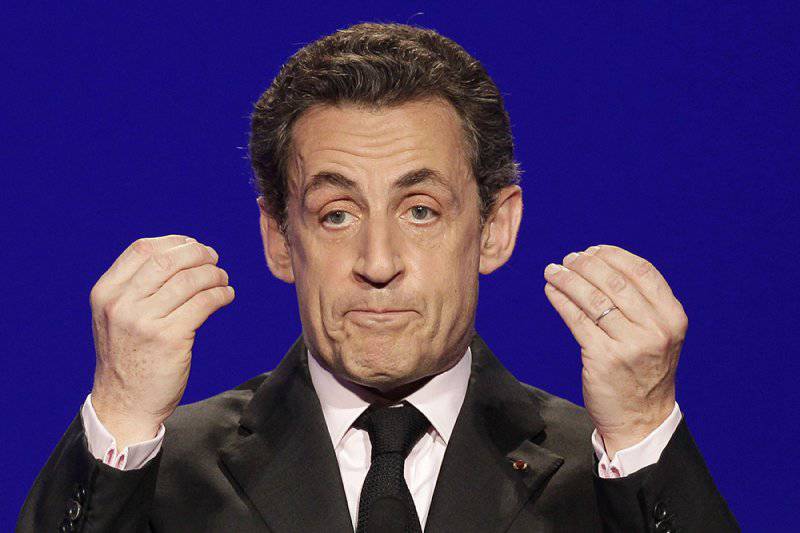 The left-wing trade unionist, for whom the time of the military dictatorship in Brazil was very difficult, Russef devotes little time to military issues as a whole, and would be happy to allow the FX-2 tender to quietly stall. However, Air Force commander General Juniti Saito from 2013 on the summer insists that a dozen former French fighters Mirage 2000C are too old to fly and should be written off. As a result, they were written off 20 December.

At the same time, Saito is not at all a fan of French products, and given the reliable airframe and Mirage 2000 engine, he could have drawn a darker picture than in reality in order to get a new fighter. Saito, by the way, is commanding the Air Force from 2007, which is abnormally long, but is not going to leave.

Roussef, in his turn, is not a fan of the United States, which supported the military dictatorship in Brazil, but inclined towards the Super Hornet - until the scandal erupted around the NSA spying. This forced her to abruptly cancel an official visit to Washington, which, according to many, nullified the chances of Super Hornet.

Few people expected that Brazil in the next year or two will buy a new fighter, because it is experiencing enormous economic problems, aggravated by the exorbitantly high costs of holding the World Cup. Surprise was also Sweden's own contracts for the Gripen.

However, 18 December Saab announced that the Swedish government signed a contract worth 2,5 billion dollars for the full-scale development of Gripen E, which was soon followed by a separate contract for the integration of air-to-air missiles MBDA Meteor.

And only after the promulgation of these contracts, Brazilian Defense Minister Amorim and the Commander-in-Chief of the Air Force, Saito, together announced that Gripen had won the FX-2 tender.

You do not need a crystal ball to guess the intense activity left overs, and the telephone traffic between Brazil and Sweden then must have broken all records. It is still not clear just what made President Dilma Roussef reconsider the term for the purchase of fighters, why the contract was announced to the Ministry of Defense and not to the presidential palace, and why the president did not appear at the announcement of the tender results. Maybe she was out of sorts?

This suggests an obvious conclusion that she was forced to make a decision against her will, but for now this is pure speculation. For truth to be revealed, some time must pass.

“The final choice was based on these three factors,” the minister concluded. Saito, in turn, stressed the offset obligations, which played in favor of the Swedes: “A number of enterprises will take part in the development of the aircraft. As a result, we will have access to all aircraft technologies. ”But Russef, to whom this decision is attributed, did not appear.

In terms of cost, there is no doubt that the Gripen is much cheaper to buy and operate than the Rafale and its American competitor Boeing F-18E Super Hornet - both twin-engine aircraft are one and a half times heavier than the Gripen. In Brazil, unofficial sources claim that Gripen costs half as much as its competitors, which is plausible enough.

And that's not it. As reported by the O Globo newspaper, Senator Ricardo Ferrazo, chairman of the Foreign Affairs Committee, said that Saab had offered Brazil to start paying contract payments only after receiving the last 36 aircraft.

Is the 36 Gripen really the last for Brazil? Globo also reported that Brazil is in need of a hundred or more fighters, and Gripen E will be a natural choice if it demonstrates satisfactory performance and operational readiness.

From the point of view of possibilities, there is no doubt that both Gripen competitors surpass it in terms of range, combat load and armament, although the question here is “what is enough for Brazil” and not “which plane is the best”.

The Brazilian Question and Answer report of the Defense Ministry noted that the Gripen NG is a “supersonic aircraft that is capable of performing various tasks such as interception, isolation and subsequent destruction of targets. The aircraft is designed to conduct air combat, defeat sea and land targets and is also equipped with an air refueling system, which will protect airspace even in the most remote corners of Brazil. "

In this description of Gripen, of course, there is nothing unique, but all this for people who do not have a deep knowledge of the military aviation, that is, the average voter, sounds pretty impressive.

If you believe the assessment of Gripen F, published by the Swiss Air Force (and why not believe it?), Their official conclusions about the combat characteristics of the fighter are of interest.

On a scale from 1 to 9, the Swiss Air Force rated the double Gripen F: