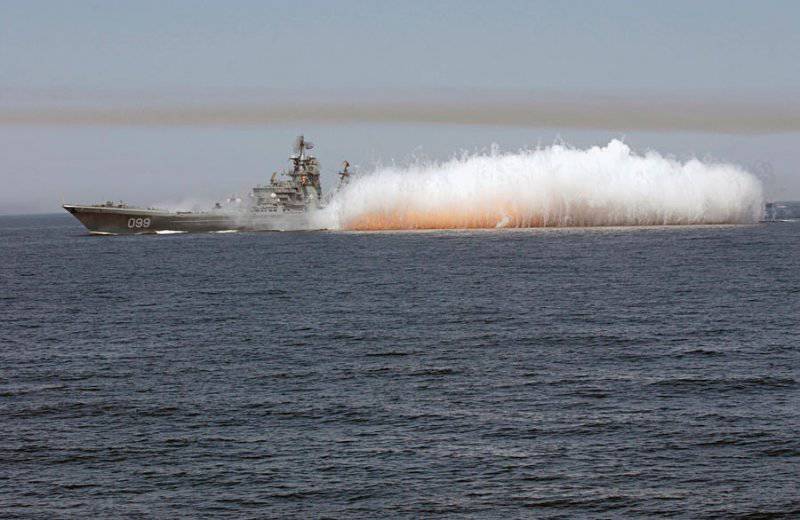 The command team of the permanent operational compound of the Russian Navy in the Mediterranean, stationed on the Peter the Great heavy nuclear missile cruiser, visited the escort ship of the Chinese Navy Yan Chen, together with which Russian sailors ensure the safety of the transportation of the Syrian chemical weaponsaimed at destruction in accordance with the OPCW plan.

In accordance with the agreements reached, such a training exercise may be held in the near future in order to increase the level of interoperability between the Russian and Chinese warships.

“The main elements of the Russian-Chinese naval exercise are working out elements of operational interaction, countering modern terrorist threats, and conducting joint rescue operations at sea,” the Defense Ministry said.

January 7 "Peter the Great" in cooperation with the Chinese patrol ship "Yan Chen" completed the task of escorting and ensuring the safety of the Danish special vessel "Ark Futura" with the first batch of Syrian chemical weapons on board. It became the first in stories practical cooperation between the ships of the Russian Navy and the Chinese Navy in the course of a maritime operation for escorting special transport ships. The task was completed successfully, writes RIA News.