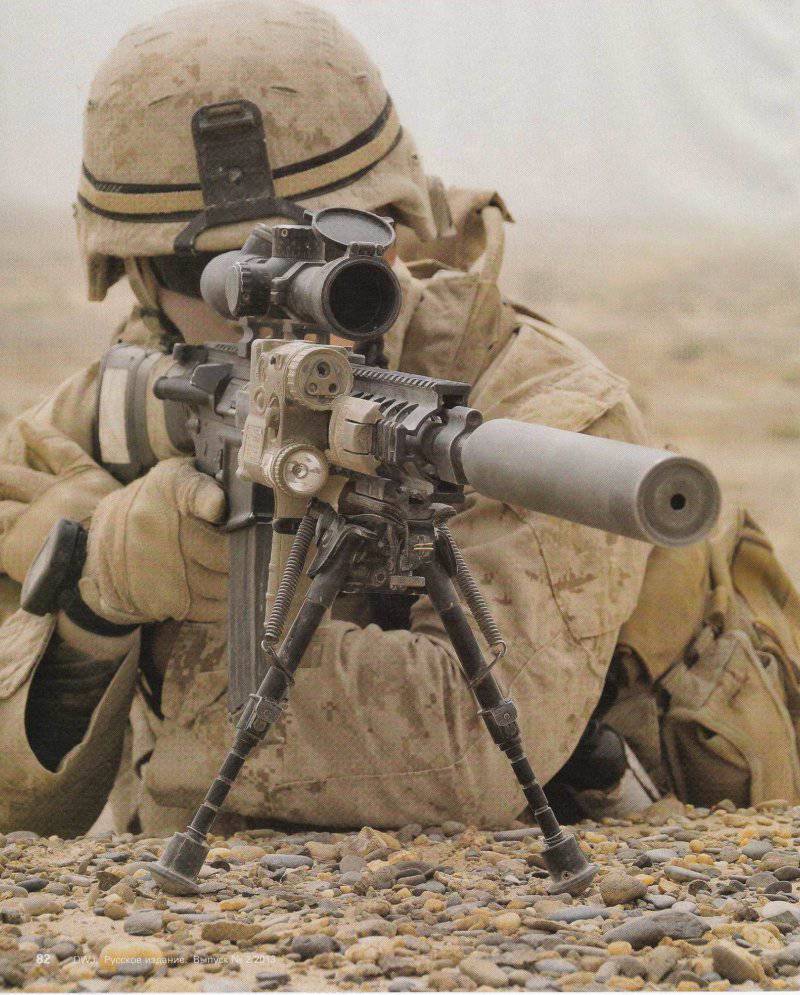 Special purpose rifle Mk12 MOD1 belongs to the family weapons AR-15 / M16. It was originally developed for U. 5 units. SOCOM (Special Operations Command). The self-loading rifle, which uses a scheme with the removal of powder gases, is used by the US Marine Corps in Afghanistan to hit targets at ranges up to 800 m.

In Iraq and Afghanistan, the rebels are leading a guerrilla war against local security forces and coalition troops. Rebel tactics - surprise ambush attacks. However, they often make only a few shots from long ranges and then depart. Rebels often use civilians as human shields. This behavior makes it almost impossible for the security forces to respond with fire, as there is a threat to the civilian population and this causes collateral losses.

The special-purpose rifle Mk12 MOD, like its predecessor, the special-purpose rifle Mk12 MOD0 belongs to the AR-15 / M16 weapon family. It is an automatic weapon caliber 5,56x45, using the principle of removal of powder gases. Originally, rifles were designed to meet the needs of the Navy and Special Forces units of the US Army in a new self-loading sniper and high-precision rifle. History The development of this weapon can be tracked, starting with the Special Operations Peculiar Modification Kit program developed in 1990-ies (SOPMOD, abbreviated as “Modification for the Special Operations Forces”). The SOPMOD kits consisted of sets of units for retrofitting the M4А1 carbine, with the installation of which the weapon, previously used only by special units, could be adapted for special conditions of use. When using retrofit elements, the possibilities of aiming and identifying the target are improved, the reaction time is reduced and the accuracy of shooting is improved both in the near zone and when using weapons at ranges to 600 m day and night.

As part of the development of the SOPMOD kit program in the Crane division of the Land Forward Operations Center of the US Navy, they also thought about installing the MXXUMX4 carbine into a sniper rifle by installing retrofit units. In the future, an independent project grew out of these plans, which led to the creation of special-purpose rifles Mk1 MOD21 and Mk0 MOD12. At the beginning of the 1, the first Mk2003 MOD12 SPR rifles entered the units of the US Special Operations Command (SOCOM). In November of the same year, the Mk1 MOD12 SPR rifles were issued to units of the US Marine Corps that participated in operations in Iraq and Afghanistan.

The weapons for the US Marine Corps are produced by the High-Precision Weapons Section of the training battalion located at the Marine Corps Base in Kwaitico, Virginia. In order to achieve the highest possible accuracy and to keep manufacturing tolerances as low as possible, components from only certified manufacturers are used to manufacture weapons.

For the production of the first Mk12 MOD1 trigger boxes, the boxes from М16А1 were used, and the Mk12 MOD1 of later production was based on the М4А1 design. They are equipped with two-stage match trigger mechanisms. With warning and descent force 2 kg. production company Knight's Armament. In addition, the trigger is equipped with a new trigger. In addition to the “Protection” position, the safety lever can also select firing modes - “Single” (single designation) and “Continuous” (designation Auto; on some frames, instead of Auto, marked Burst). The shop window is unmodified, and for the Mk12 MOD1, the same 20 or 30 charging stores are used as for the M16L4 or M4D1. The frame and shoulder rest are used the same as for М16А4.

At the compound level in the Marine Corps, the individual Mk12 MOD1 are completed with a Magpul-type retractable shoulder stop MY Stock - Mil-Spec, manufactured by Magpul Industries Corporation. The shoulder rest has a rubberized butt and the adjustment range 83 mm (four installation steps). 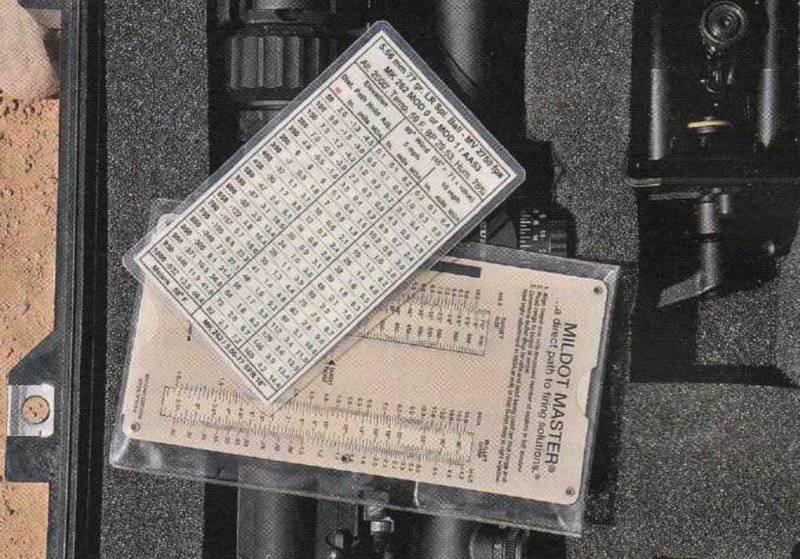 "Multiplication table" for the shooter: using the Mildot-Master counting ruler, you can calculate the firing range and decrease the trajectory

As for the receiver, bolt carrier and butterfly valve, here we are talking about the standard components of the rifle M16A4. but still, parts with particularly small manufacturing tolerances are used, which are subjected to additional testing by increased pressure and are finally checked for the presence of cracks on the magnetic flaw detector. On top of the receiver is the Picatini plate according to the military standard MIL-STD-1913. By replacing the conventional cocking handle with a DPMS Firearms, LLC, the PRI M84 Gas Buster Charging Handle has improved weapon safety. The new cocking handle has an ergonomically improved locking lever with a larger surface for fingers. In addition, this cocking handle better than the previous closes the receiver and prevents the gunner from flowing gunpowder gases and oil particles from getting into the face of the shooter. A construction called the Rail Adapter System Free-Floating Barrel (Long) Model 21318 (long adapter with guide bars; freely oscillating barrel), which is actually the forend, is manufactured by Knight's Armament and has four Pickatini strips of military standard MIL-STD -1913 length 286 mm each. Along with other components, a front sling is installed on the slat under the belt for wearing. 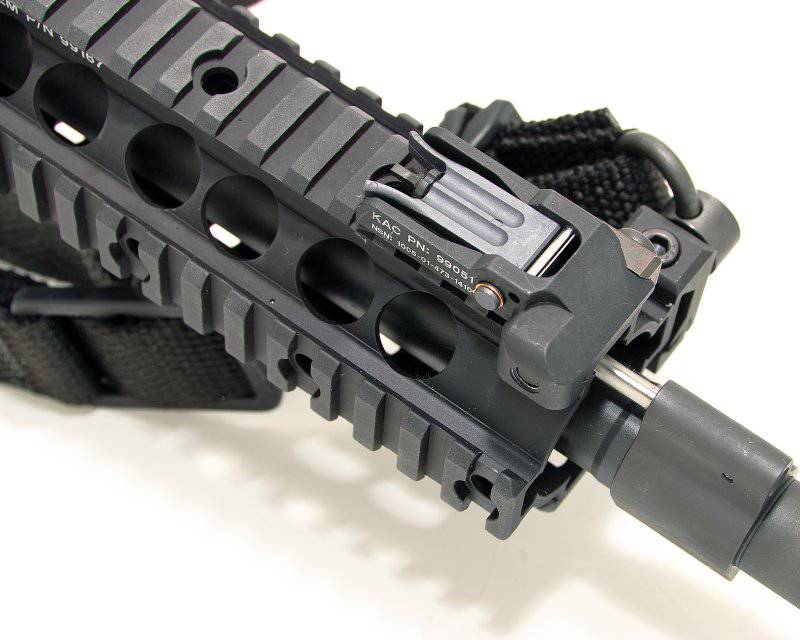 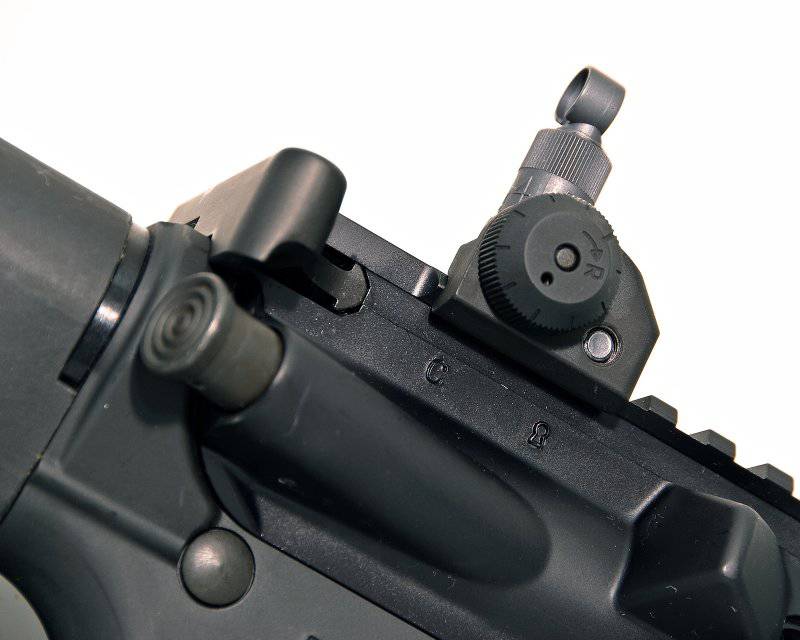 Front: The folding fly from Knighfs Armament is located at the front end located on top of the Pictini bar's forearm. 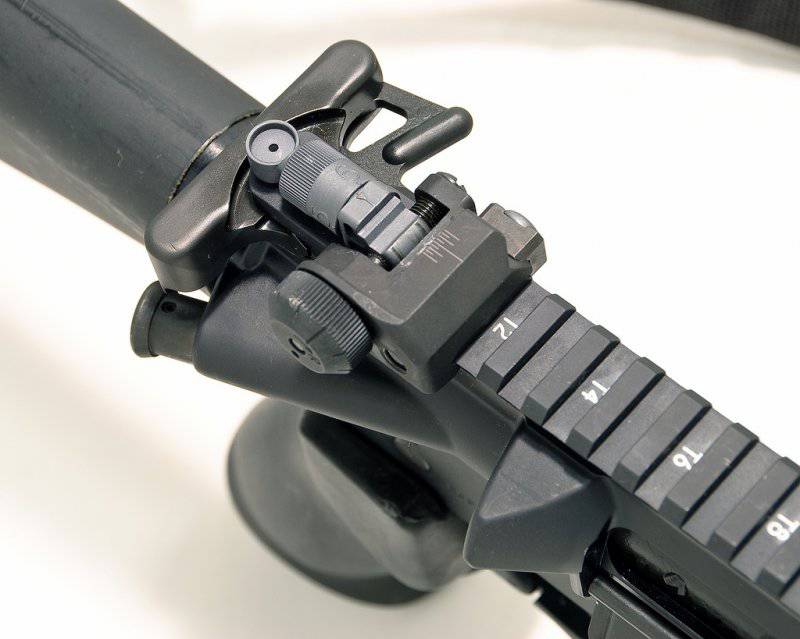 Behind: The folding sight of the Mk12 MOD1 SPR rifle, also produced by Knighfs Armament, is a mechanical sight. 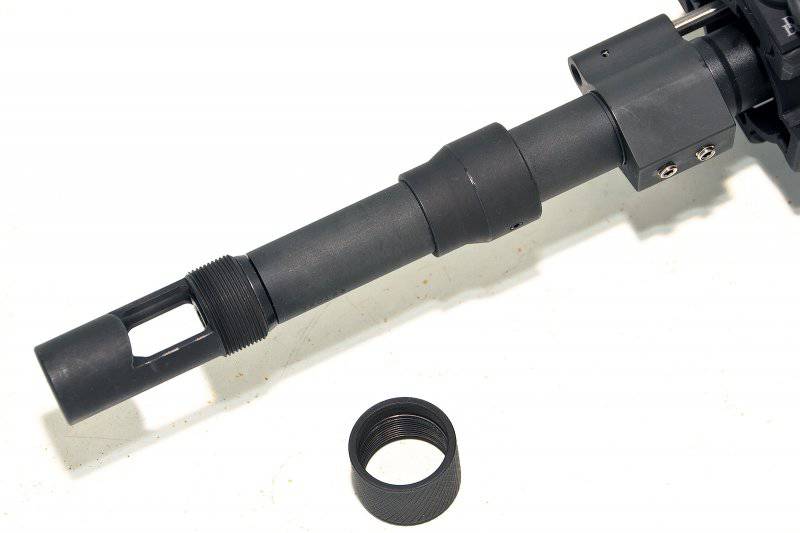 Reducing: when firing without a silencer, a reduction in recoil and tossing the muzzle provides a compensator 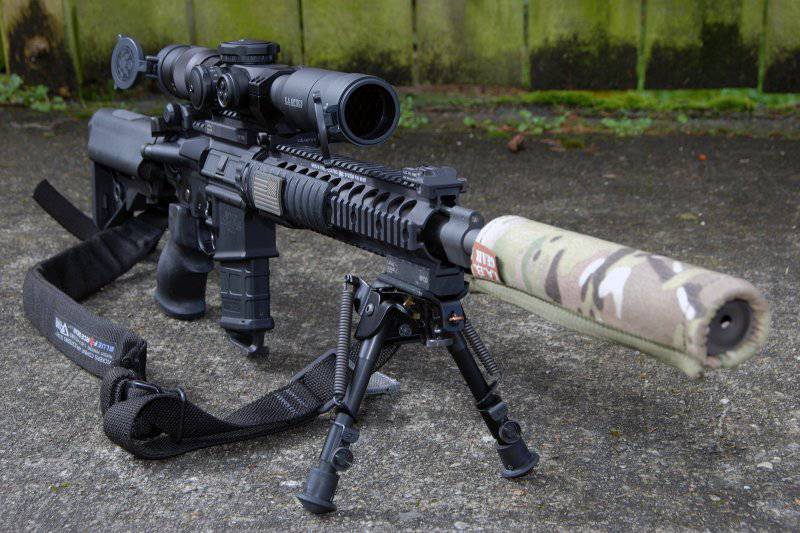 Dimensions: with a Leupotd telescopic sight and a silencer, the McNNXX MODI SPR rifle is 12 mm long, 1067 mm high and 184 mm wide

The Mk12 MOD1 rifle has a long, free-swinging barrel with six right-handed grooves; rifling pitch - 7 inches (178 mm). Barrel length is 472,5 mm (18,6 in). The special shape of the barrel improves heat dissipation and firing accuracy while reducing weight. The barrels for the Mk12 MOD1 are manufactured by three different companies: Douglas Barrels Incorporated, Lewis Machine & Tool Company and Barrel Barn. The gases are evacuated with the help of a gas block installed on the barrel, which is produced by the Crane unit of the US Naval Warfare Center on land.

The Mk12 MOD1 SPR rifle uses a Leupold Mk4 2,5-8x36 MR / T М2 rifle scope with Tactical Milling aiming mark. The aiming mark can be highlighted. The stable, waterproof sight weighs 454 g and has a length of 287 mm. The sight is optimized for use in twilight, and allows the shooter to clearly distinguish between contours and targets, even in low light. To eliminate glare, the sight has flip-up lens and eyepiece covers. The vertical and horizontal adjustment range is 90 angular minutes. Adjustment is carried out by "clicks"; The price of a “click” is 1 / 4 angular minutes. The sight is mounted on the Picatini rail of the receiver with the help of mounting rings from Atlantic Research Marketing Systems Incorporated. In case the telescopic sight is damaged, the Mk12 MOD1 SPR also has a mechanical sight, which consists of a folding diopter pillar and a folding front sight, also produced by Knight's Armament. According to the Service Manual, mechanical

the sight is designed to use weapons in the range from 200 to 600 m. Adjustment screws on the rear sight allow you to adjust horizontally and vertically. The rear sight, like an optical sight, is mounted on the Pikatini bar of the receiver, the front sight is in front, on the Picatini bar of the forearm. Pikatini slats on the forearm of the Mk12 MOD1 SPR rifle allow you to additionally install various sighting devices or night vision attachments, for example, the AN / PI-Q-2A Aiming Light laser target designator or the AN / PEQ 16A Laser Integrated Light Integrated Pointer Illuminator Module (M1PX) ) - “Integrated minimodule of target indication and illumination”.

The Mk12 MOD1 SPR rifle is supplied with the silencer of the 12 model SPR'iVIBS 5,56 mm Precision Suppressor. This silencer is manufactured by OPS Incorporated. He simply screwed onto the compensator located on the muzzle of the rifle; cuff, advancing on the trunk, is used for centering. When firing without a silencer, the compensator provides a reduction in recoil and toss the muzzle. Due to the removal of powder gases to the sides and upwards, it also prevents the formation of clouds of dust when firing. The hole in the muzzle of the compensator is 0,762 mm larger than the bullet diameter. The silencer has a length of 216 mm and diameter of 38 mm. It is made of explosion-welded 300 alloy steel. According to the manufacturer, the muting efficiency of the sound is 40 dB.

Bipod rifle Mk12 MOD1 SPR is a model HBRM-S company Harris Engineering. Its supports can be extended from 153 to 228 mm with 25 mm pitch. The hinge integrated into the base of the bipod, the rotational force of which can be adjusted, allows the shooter to eliminate stall rifle on an uneven surface. Installation of the bipod is carried out by Knight’s Armament’s mounting plate on the lower bar of Pikatini forearm.

Special purpose rifle Mk12 MOD1 SPR is supplied in a waterproof and dustproof, impact-resistant Pelican-1700 weapon case. It is made of black, exceptionally impact polypropylene copolymer. The case weighs 7,7 kg, has a length of 968 mm, a width of 406 mm and a height of 155 mm; the internal dimensions are 908 mm in length, 343 mm in width and 133 mm in height.

A rifle cleaning accessory is supplied by Otis Technology Incorporated; It is in a convenient nylon bag with a zip. Along with the other components, the cleaning kit includes a Memory-Flex cleaning cord, a rag holder and various barrel cleaning brushes. In addition, for intensive cleaning, a nylon-coated ramrod and ramrod guide are supplied with a rifle.

The documents that are delivered to the troops along with the rifle include the “Mk5,56 MOD12 TM1A-OR-l Special Purpose 11416-mm Rifle Manual”, which describes the maintenance and handling of the rifle in detail. It is attached both in print and in electronic form, on CD-ROM in pdf format. The form documents the accuracy of shooting.

Attached to the scope of the operation and maintenance manual, as well as a description of the aiming brand Tactical Milling. The Mildot Master calculating line is very useful, with the help of which, using data obtained from the aiming mark. you can quickly and easily determine the distance to the target and lowering the bullet relative to the throwing line. Equally useful is the table with ballistic data. 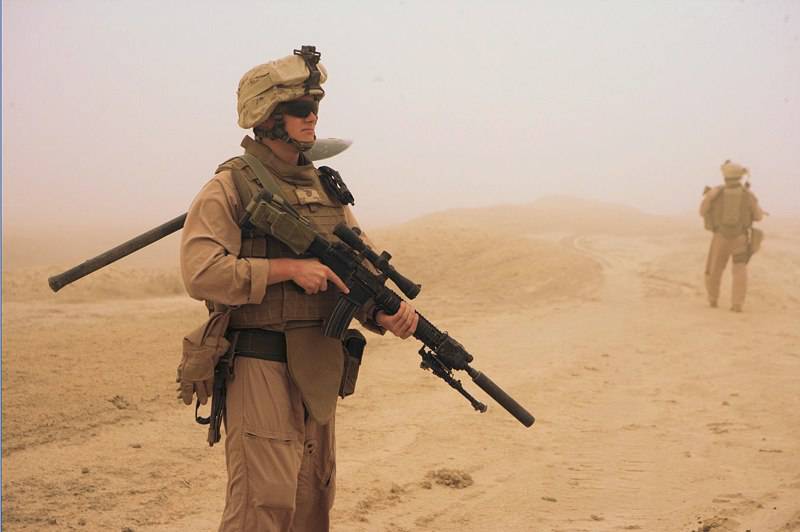 With a special-purpose rifle, the Mk12 MOD1 can be fired with all 5,56x45 caliber cartridges, which are accepted by the US military. Especially for use with this rifle, cartridges are issued with a special 77-faceted (5 g) long-range bullet Mk262 MOD0 / MOD1 АА53 (77 gr Long Range Special Ball Mk262 MOD0 / MOD1 AA53). These cartridges use an 77 facet bullet with a cavity in the head and a tapered shank (NRT). In the production of Mk262 MOD0 cartridges, Sierra Matchking bullets from the Black Hills Ammunition are used. The McNXX MOD 262 cartridges use Sierra Matchking bullets from both Nosier Incorporated and Black Hills Ammunition. The National Defense Industry Association (NDIA) declares the accuracy of these rounds at a level less than 1 angular minutes. When firing these cartridges from an assault rifle M1A16 or a carbine M4A4 reach accuracy in 1 angular minutes; standard infantry cartridges of the US Army M2 achieve accuracy only from 855 to 3 angular minutes. According to the Service Guide, when using Mk5 MOD262 / MOD0 АА1 rounds, the Mk53 MOD12 SPR rifle can confidently hit head targets to the 1 distance and height targets - to the 600 m. of their Mk800 MOD12 SPR rifles in Afghanistan are stably neutralizing targets at ranges over 1 m. 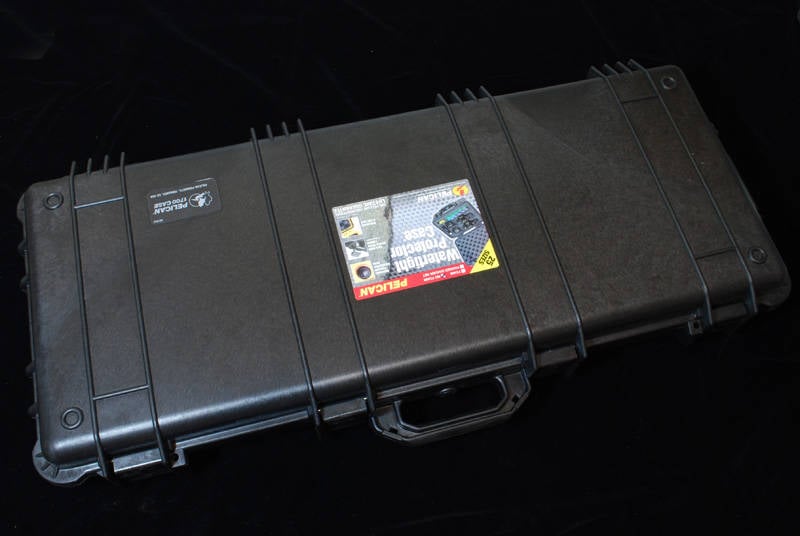 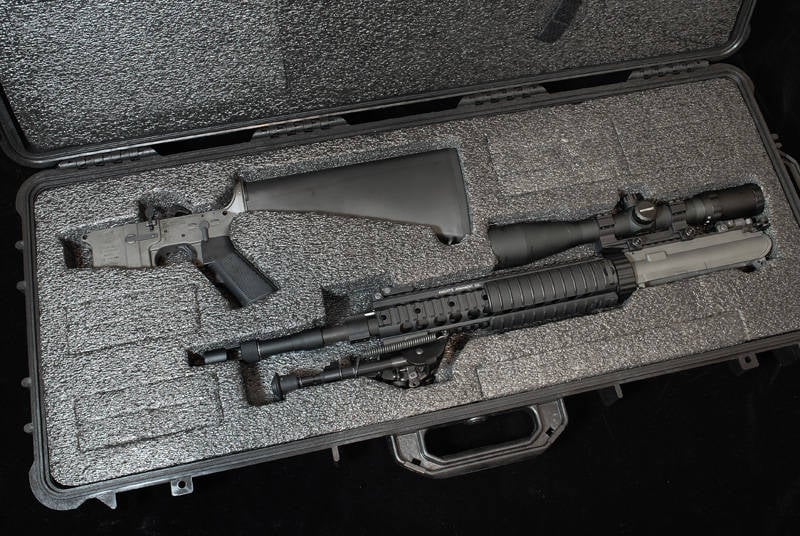 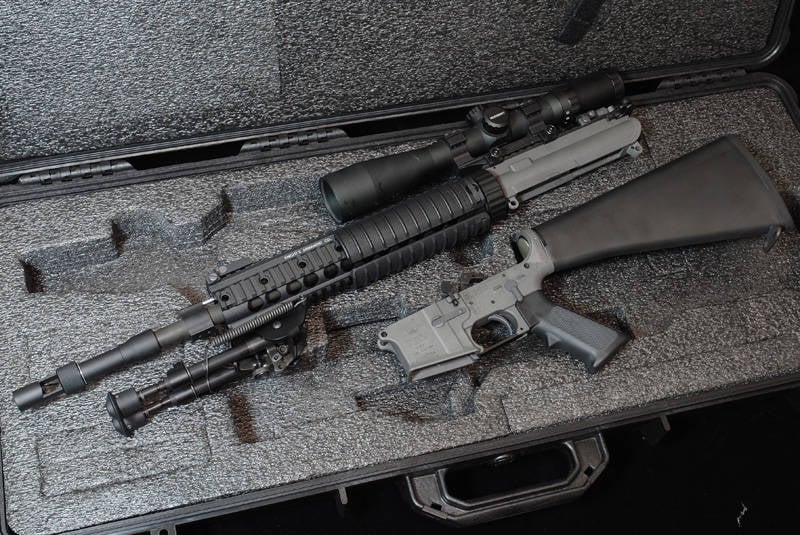 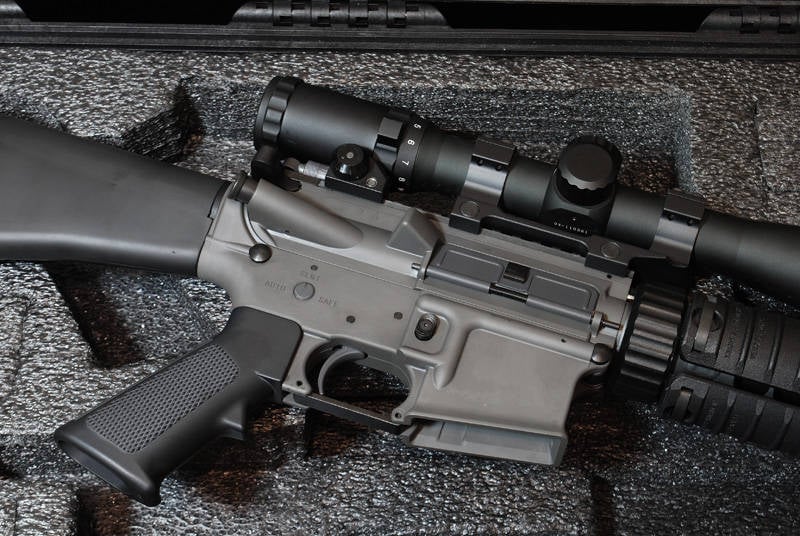 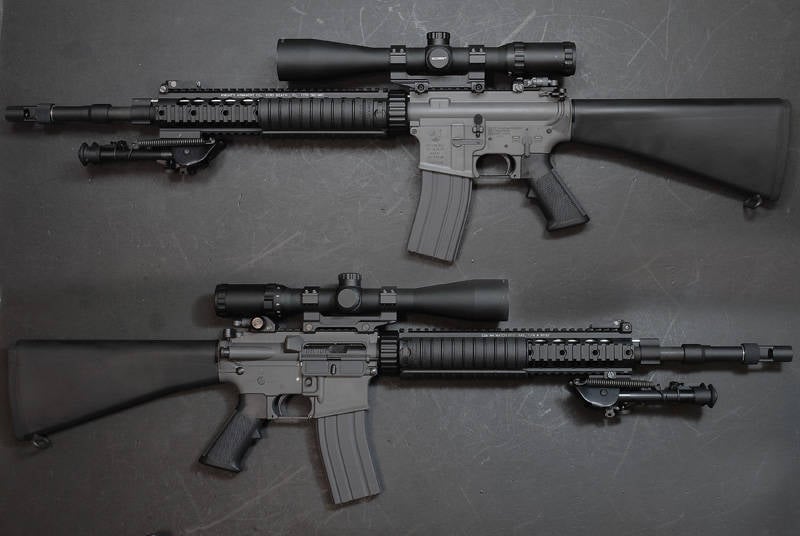 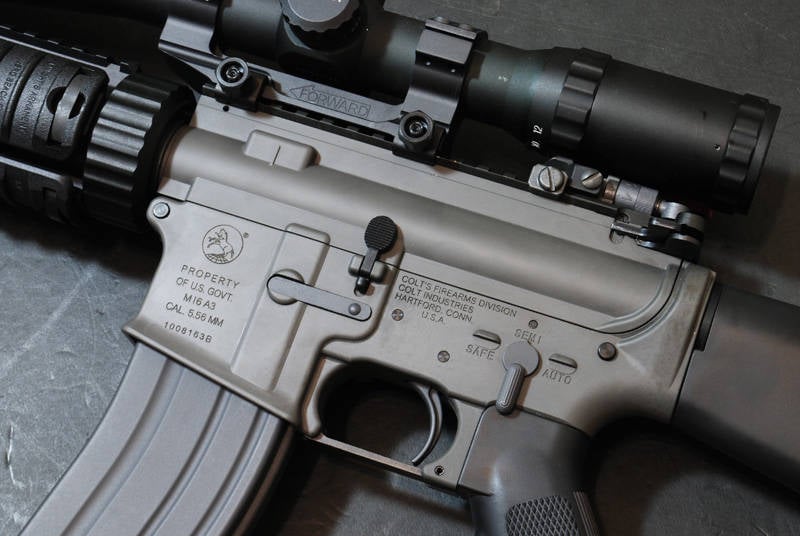 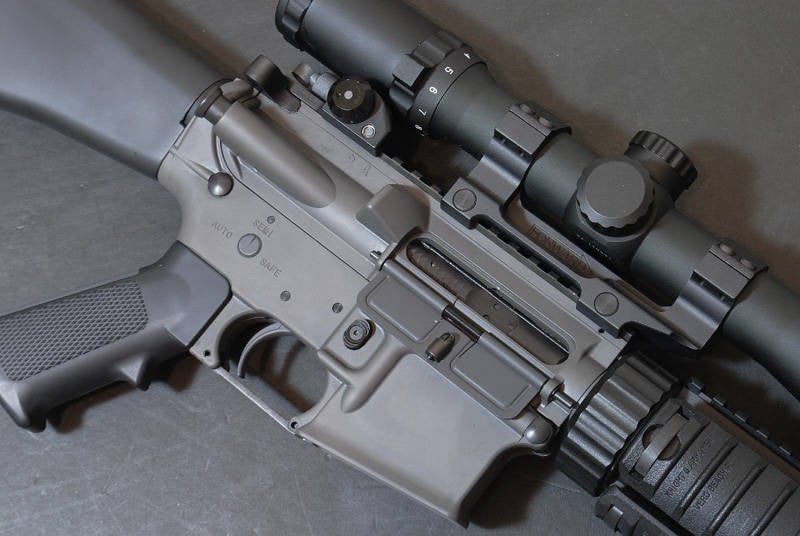 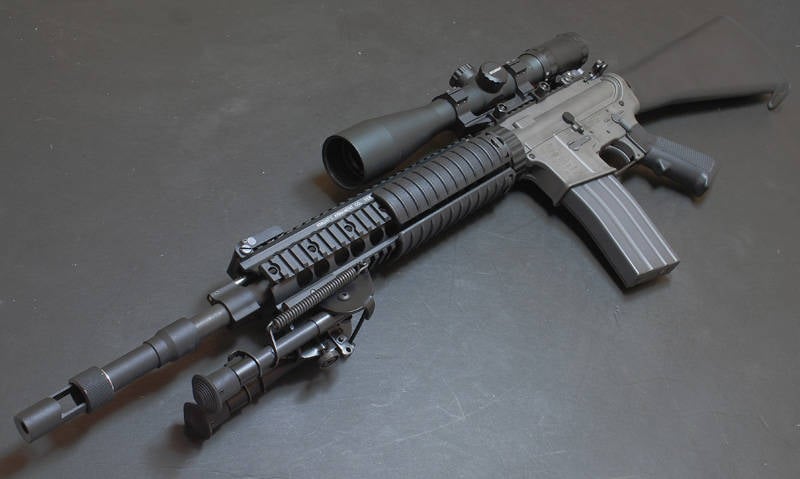 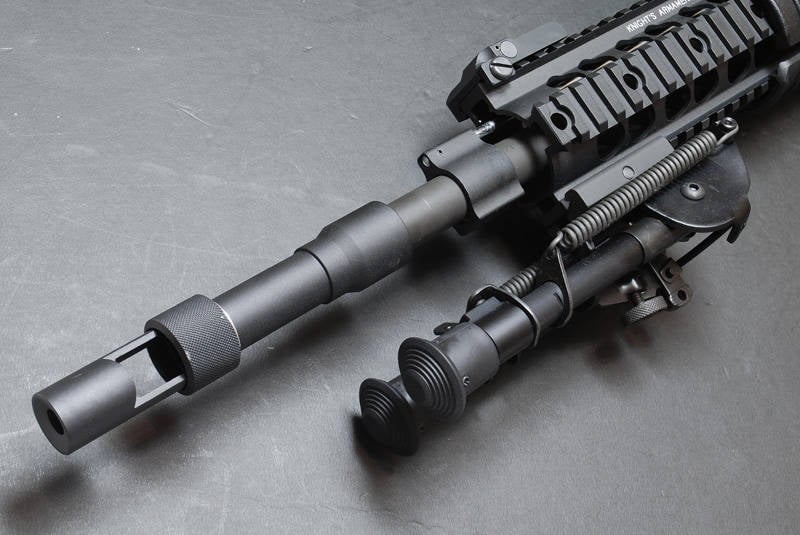 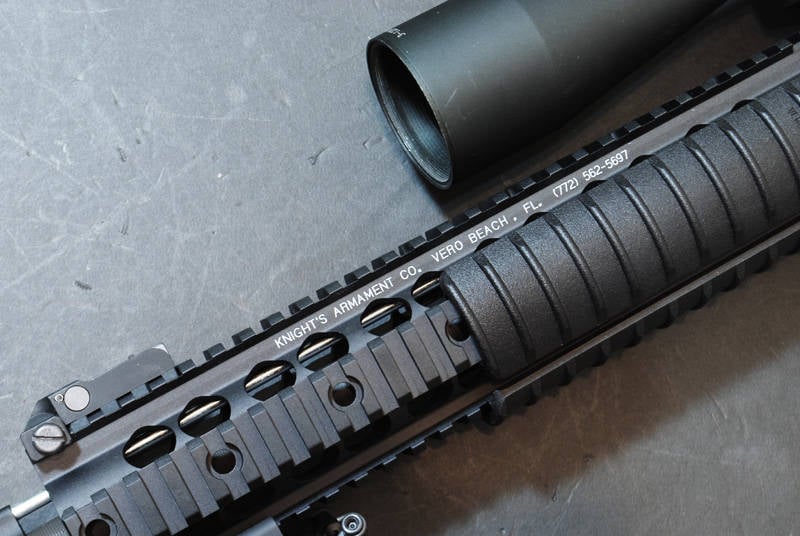 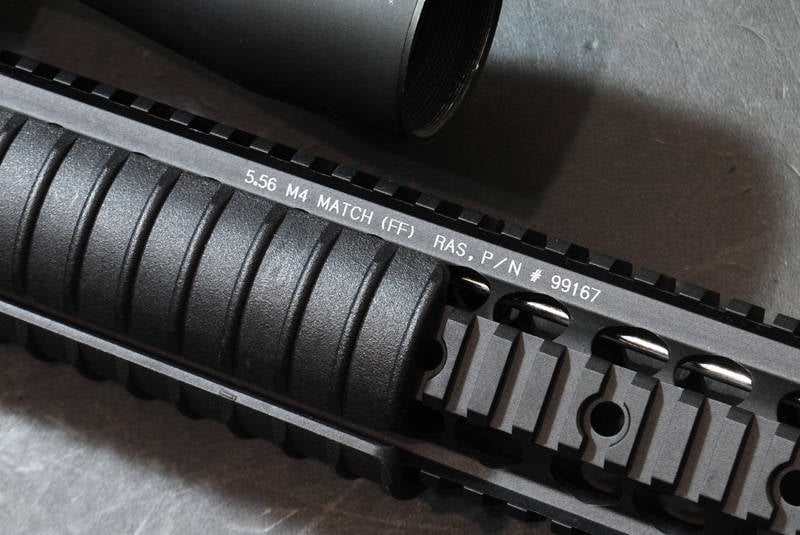 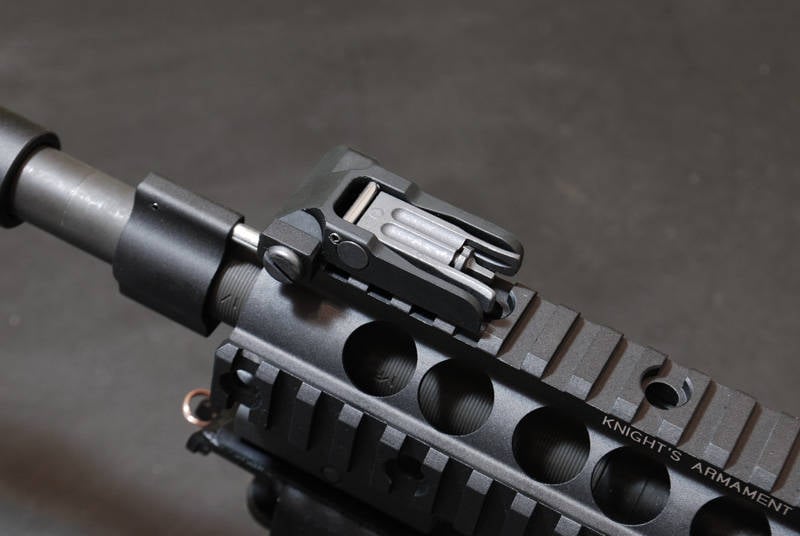 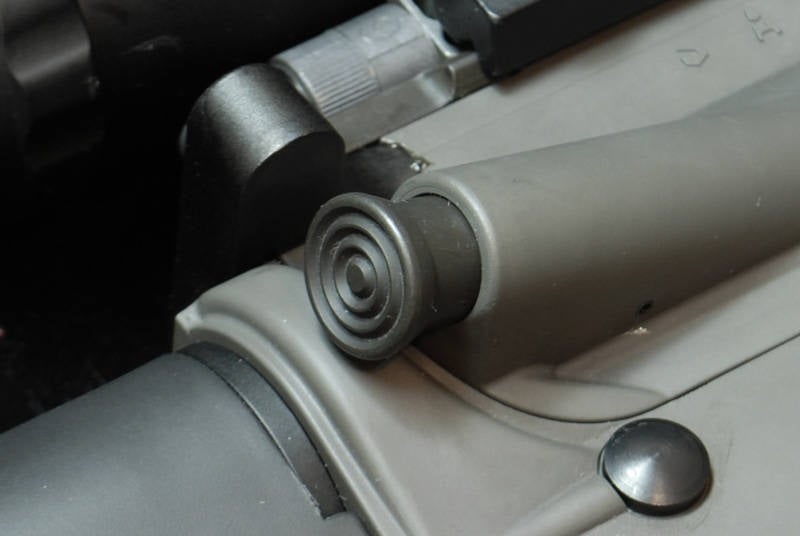 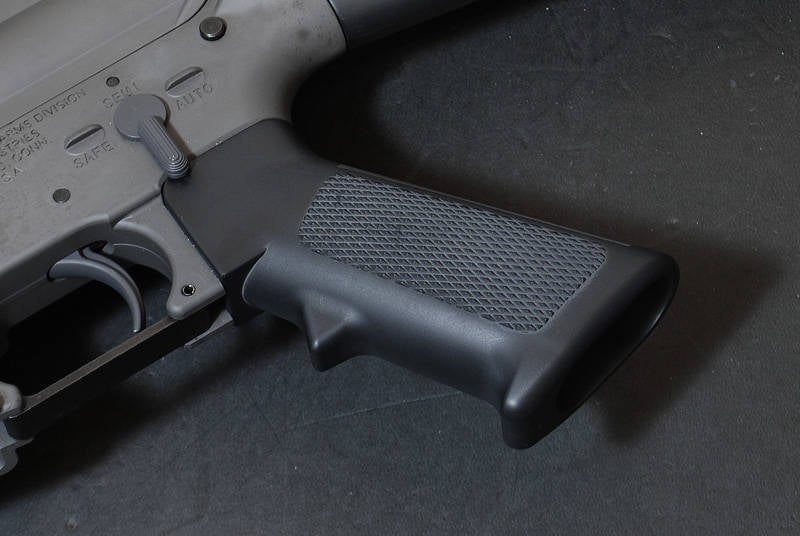 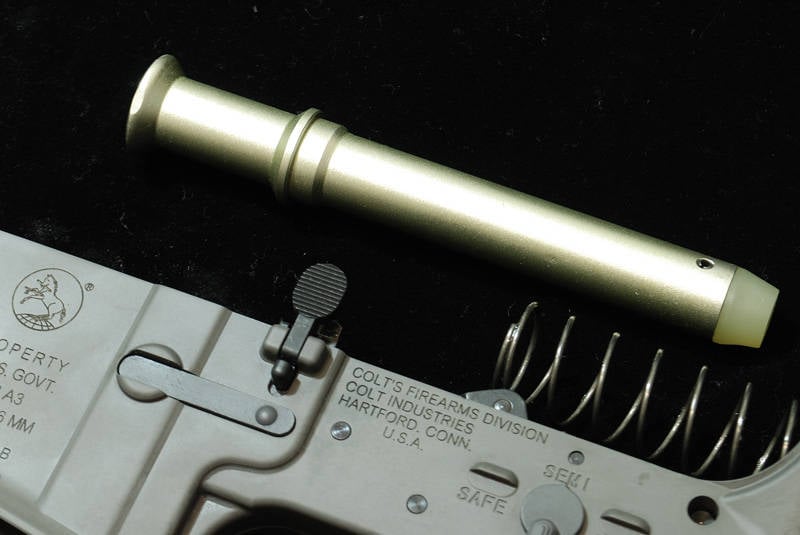 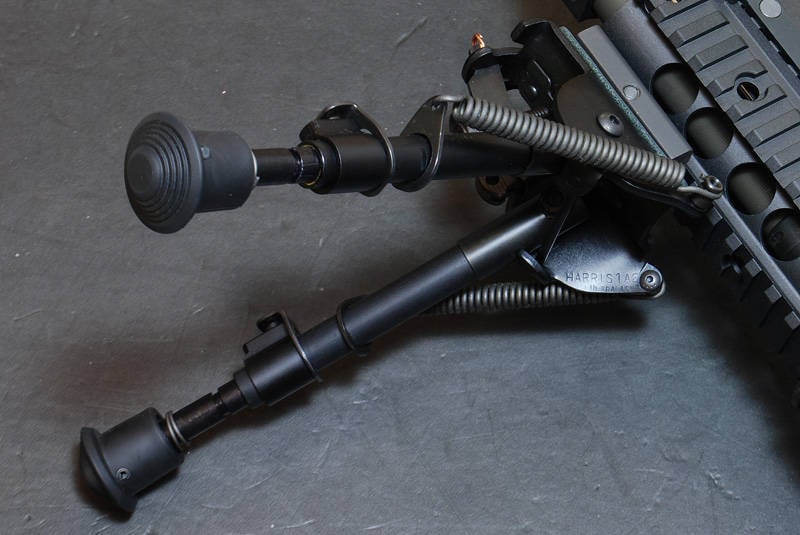 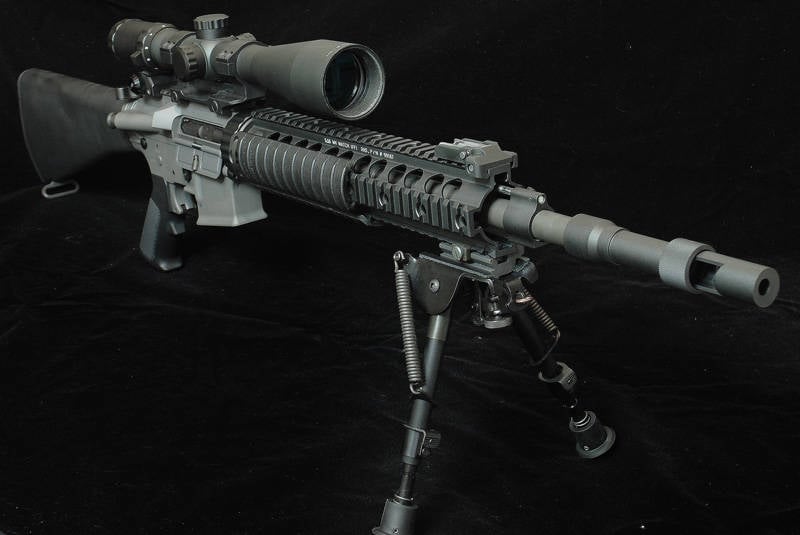 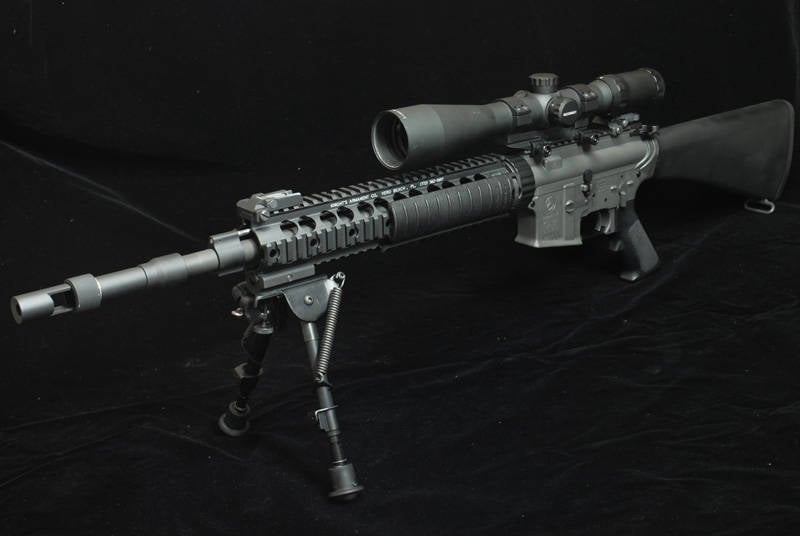 Ctrl Enter
Noticed oshЫbku Highlight text and press. Ctrl + Enter
We are
Sniper fire in local warsWhat should be a modern sniper (part of 1)
Military Reviewin Yandex News
Military Reviewin Google News
46 comments
Information
Dear reader, to leave comments on the publication, you must sign in.