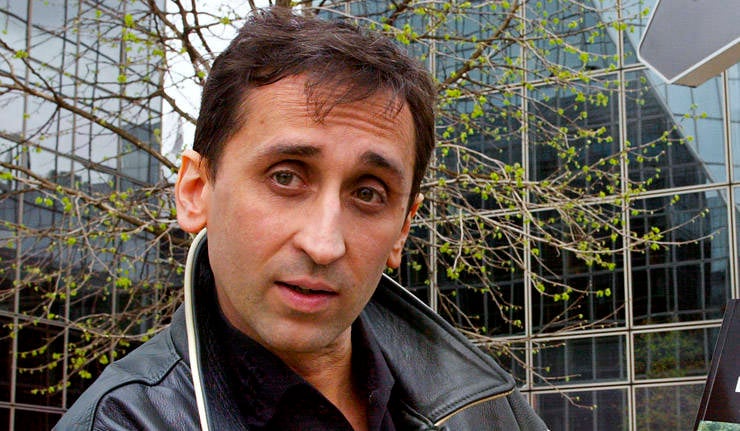 The first protest journalist from France, a former member of the Libyan government, and Damascus correspondent Thierry Meyssan spoke about the prospects for resolving the Syrian conflict, about the US strategy towards Syria and why Assad’s policies will be studied by military theorists.


- When it comes to the Syrian opposition, we are in fact talking about puppets acting on behalf of external groups, which today have 11 and are united under the common name "Friends of Syria". The purpose of the Geneva Conference is to establish peace in Syria. Its legitimacy is based on a preliminary agreement signed by the United States and Russia more than a year and a half ago. Nevertheless, it was not possible to achieve the implementation of these agreements.

Will the mechanism work now at this Geneva-2 conference? It seems that yes, but there is no complete certainty. The United States always has the opportunity to sabotage the conference if they fail to impose their decision on the allies. The situation is very difficult, since the United States is the real customer of the war burning in Syria today. Let me remind you that this country declared war on Damascus already in 2003 year. Since then, Washington has constantly tried to start hostilities until the last moment, when the States actually delegated their prerogatives to initiate conflict to other countries — first France and Great Britain, then regional powers, namely Turkey, Jordan, and then Qatar and Saudi Arabia.

When you send others to war, it is difficult once to tell them: “Everything! Enough! We fought! Everyone went home because we lost!” This is exactly the situation that Washington has to cope with today. I said that they could try to sabotage the conference, because a meeting of the special court in Lebanon will take place. With the help of perjury, the States can again accuse Syria of killing Rafik Hariri. Perhaps the evidence will be withdrawn in a few months, but such a mechanism would break the process of the peace negotiations that had begun.

- What usually means when it comes to the Syrian opposition?

- There is no structured Syrian opposition. And it is not there because the United States decided from the very beginning. This power decided to unleash a war in Syria, which they call the war of the fourth generation, when it is waged there is a manipulation of mass consciousness. They are trying to prove to the population that it is already living in conditions of general devastation, that the fall of the government is inevitable, and so on. In such a situation, people convinced of the illusion themselves begin to organize the prescribed events. In the course of this war, it was decided to finance several disparate groups, differing from each other in their programs.

For a while it worked. But then the United States decided that the mechanism of action broke. And just then, to put an end to the war, the Geneva-1 conference was held. But a few months later, the United States, Israel, France, Qatar, and then Saudi Arabia again started the war, making a mass landing of jihadists from other countries.

But since it was initially assumed that there are many movements, it was not possible to create proper management of them. If we apply the right military strategy, then this is exactly what should have been thought of in the first place. For the same reason, the rebels lost the war on the ground. For the same reason, they fail to create a representative delegation for Geneva-2. Any composition of the delegation will reveal that we are talking about leaders of foreign organized criminal groups (OCGs) who illegally entered Syria.

- Do you think that Bashar Assad should stay at his post?

- I must immediately say that, according to numerous studies, Bashar al-Assad is supported from 60 to 88% of the Syrian population. Let's compare: in France, the president of the country is supported by about 15% of the population. So who then should leave power?

In addition, when you evaluate the modest military assets that the president had for waging war, it becomes clear why it was so difficult to achieve victory. It is a victory, since Aleppo is almost completely liberated, and the suburbs of Damascus are finally being cleaned by the regular army. To achieve this result, it took a long 3 of the year! During this time, foreign powers tirelessly sent new and new fighters to this front. The exact number is unknown: according to various estimates, the number ranges from 40 to 160 thousand people. Most likely, about 120 thousands of people continue the war in Syrian territory.

It took a lot of time, but Assad managed to win, despite the forces of the foreign coalition hostile to him. On the other hand, all this time its own government continued to operate in Syria. I live in Damascus. Here we have a normal supply system. And if you go, let's say, to the store for a can of sardines, be sure that you will buy sardines. Yes, we have a small variety of goods, but the desired will always be on the counter. The same can be said about the entire Mediterranean coast: there you will not only find a normal life, but also see for yourself that there is no military action.

Nevertheless, there are zones in the country where the authorities do not act. These are the so-called zones liberated by the armed opposition. But when we say that the state has gone from there, we mean that the state does not provide some services to the population. Note that some services still turn out to be: hospitals, for example, work, and children continue to be taught in schools! But after all these schools are funded by no means organized crime groups or foreign sponsors, they are financed by the government! The policy of Bashar al-Assad proved to be quite successful, which will undoubtedly be carefully studied by military theorists of a number of countries, since for the first time in stories the course of the fourth generation war went on an unusual course: for the first time in the world, foreign organized criminal groups abandoned from abroad were imposed on the state!

Ctrl Enter
Noticed oshЫbku Highlight text and press. Ctrl + Enter
We are
From the Geneva communique to the 2254 ResolutionKurdish question in modern Syria
Military Reviewin Yandex News
Military Reviewin Google News
73 comments
Information
Dear reader, to leave comments on the publication, you must sign in.