Russia without Ukraine can once again become an empire. But can not stay Russia 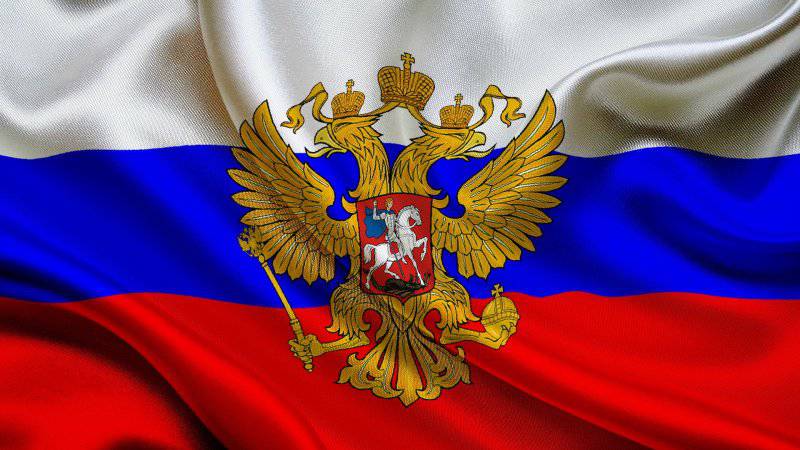 Among the politicized Ukrainian public, the opinion of the Kremlin’s treacherous plans to annex or, in extreme cases, dismember Ukraine, is very popular. The dam on Taman and interest in the former Allied CTA are presented as material evidence of these aspirations. The background on which this conviction grows is a popular geopolitical doctrine about the exceptional significance of Ukraine for the Russian imperial project. This idea in itself is absolutely not new, and its quintessence is the formula “Russia's power can be undermined only by the separation of Ukraine from it,” attributed to Otto von Bismarck himself.


Bismarck's vulgarization: from Rudnitsky to Brzezinski

However, a recent audit of the authenticity of the quotation refuted her belonging to the collector of German lands. It turned out that it is absent in the heritage of the Iron Chancellor itself. Probably the first who attributed such considerations to him was Stepan Rudnytsky, the founder of Ukrainian geography, in the brochure “Ukraina und Ukrainer”, released in Vienna shortly after the outbreak of the First World War. Rudnitsky at one time had a great influence on the Ukrainian movement, and, most likely, it was through him that the opinion was confirmed that der grosse Bismarck himself was sympathizing with the Ukrainian liberation struggle. Nevertheless, such views were indeed widespread in Germany and Austria in the second half of the XIX - first half of the XX centuries. and from there they moved to the Ukrainian tradition. It's funny, but in his memoirs, Bismarck himself rather disapprovingly spoke of the Berlin propagandists of the idea of ​​dismembering Russia into "Great Russia and Little Russia."

As is known, in the end, the German elite twice chose for themselves the path of the traditional Drang nach Osten, within which the ideas of rejection of Ukraine looked quite organic. Twice this path led Germany to collapse. The American publicist Mark Adomanis, already in the context of the current attempt of the German elite to enter a new circle of domination in Europe, called it "Germany's propensity for catastrophic geopolitical miscalculations."

Another Ukrainian political crisis that erupted at the end of 2013, again heightened interest in its geopolitical fate. The sudden non-signing of an association agreement with the EU, visits by Western emissaries to Maidan, an impressive loan and a new gas price from Putin — all this looks like another episode of a global epic. Against this background, Zbigniew Brzezinski, a popular character in the Russian folk political demonology, has come to life. Unlike Bismarck, he really devoted his life to promoting the thesis of independent Ukraine as the main obstacle to the imperial revival of Russia. Here, perhaps, his most famous quotation on this topic is: “One should not underestimate the fact that without Ukraine Russia ceases to be an empire, with Ukraine being bought off and then subordinate, Russia automatically becomes an empire.”

However, are the fears of Brzezinski and his Ukrainian admirers and followers justified? Is Ukraine critical for Russia today? What are these statements based on?

And today, Brzezinski’s, and a hundred years ago, Rudnitsky’s eyes historical experience in the construction of the Russian Empire. Indeed, the annexation of Kiev, the Dnieper Left Bank and sovereignty over Zaporozhye, finally secured in 1686 by the “Eternal Peace” between the Commonwealth and the Moscow kingdom, allowed the latter to move its borders south and west and gain control over sufficiently developed and densely populated areas, which became bridgeheads for further expansion. However, they did not produce any “automatic transformation” into an empire. And, on the contrary, the annexation of the Right Bank and New Russia (following the partition of Poland and the Russo-Turkish wars) occurred after Russia became an empire and was at the zenith of its power under Catherine the Great.

I do not belittle the historical and geopolitical potential of the Pereiaslav Rada, but in reality there is no automatism that Brzezinski speaks of. The key factor that allowed Peter to assume the imperial title with good reason was the success of his project on “cutting through a window to Europe”. Ukraine here, of course, also played a role - let us remember at least Poltava - but the main battle unfolded not for the “Ukrainian land”, but for the Baltic Sea. We can say that Peter managed to get on the last car of the departing “train of modernity”. Focusing on Holland and England - the leaders of the emerging global capitalist world system - allowed Russia to escape the plight of China or even India, defenseless against external aggressors, above all Europeans. The transfer of the capital to Petersburg, which was specially founded for this purpose, became the most visible image of the modernization of Peter I and Westernization. Then, already under Catherine, the Potemkin project emerged for a new transfer of the capital, which was supposed to mark the throw of Russia to the South, to the Black Sea. To this end, Yekaterinoslav was laid in the new place, and not only Catherine herself, but also the Holy Roman Emperor Joseph II of Hapsburg took part in the solemn ceremony. It is difficult to say how the future fate of Russia would have been if the plan of the Most Serene Prince Tavrichesky had been realized.

In any case, the main thing in the Russian imperial project was in no way Ukraine, but an orientation towards a booming Europe. Of course, the role of the demographic and economic potential of the Ukrainian lands was very important in large-scale mass wars of the XIX-XX centuries. However, even the complete loss of Soviet Ukraine did not lead to defeat in the Great Patriotic War. By the way, the German strategists who followed the Rudnitsky-Bismarck doctrine about the role of Ukraine for the rest of Russia clearly counted on a different outcome.

But back in today. So are there any grounds for the fears of those who speak of the Kremlin’s desire to devour Ukraine all or at least in parts? As we have seen, the historical background of such confidence is greatly exaggerated. But where is more important.

What is the Putin state taken as a dry residue? "Energy superpower". "Gazprom is a national treasure." Pipelines as “energy weapon Putin's. ” This does not mean that apart from the export of hydrocarbons, there is nothing else. There is a resurgent military-industrial complex, and mechanical engineering, however, largely connected by technological chains with energy. But above all, we are talking about the extraction, production, transportation and export of energy.

If we look at Ukraine from this point of view, we will see that this is just the opposite model: Ukraine is a huge consumer of energy and, last but not least, the buyer of this energy from Russia. Therefore, as long as Russia itself does not change the political economy model focused on energy exports, its leadership has no point in reducing its exports in exchange for social obligations to the Ukrainian population. Geopolitically, with the loss of Ukraine and the Baltic states, Russia has maintained access to the seas, and in the current model it has enough of this output. The most reliable argument in favor of this point of view is that Russia prefers the construction of bypass "flows" along the seabed for the struggle for Ukraine with its GTS.

I think that it is unlikely that anyone will argue with the fact that the “energy superpower” model itself is far from the “imperial revival” that attracts us so much and it scares them so much. Let us recall the Petrine recipe - the transfer of the center of gravity of a power towards a rapidly developing macro-region, in order to become part of this rapid development. Today, Russia no longer makes sense, swallowing Ukraine along the way, to strive towards the West. As Mao said: "The wind from the East is overcome by the wind from the West." The Asia-Pacific region and its undoubted leader, China, became the point of dynamic growth by the beginning of the 21st century. Of course, there are enough of their own problems, both in the near and in the medium term, but these are problems of growth, and not problems of decrepitude, like that of an old European woman. The tradition established by Constantine the Great indicates that the empire is developing in leaps and bounds, and for a new breakthrough, not gradual reforms are needed, but a radical break with the burden of the past. The future of Russia in the 21st century lies on the Pacific Ocean, and the city of Vladivostok must fill its name with new, authentic content.

... The well-known American columnist Walter Russell Mead in his December article “The Great Ukrainian Stabbing” calls out three main geopolitical confrontations of the past year:

1. The Middle East, where Shiite Iran is confidently moving towards regional leadership;

2. Ukraine, which is easier to split than to finally determine the external choice;

3. China, which seeks to break out into the open sea.

Mead emphasizes that in all three cases, the United States acts as a deterrent. But more is important to us. The first of conflicts came to us from the deep past, and if you unravel the threads of this node for a long time, you can get to the Trojan War. We got the second conflict entirely from Moderna, when Russia was making its impetuous "Onslaught on the West", and the Russian armies reached Berlin, Rome and Paris. But the third conflict is the conflict of the future. He has no historical background, and the rules of the game are not written out there yet. Russia, which wants to once again feel the burden of the Empire, is simply obliged to cut through its window into the Pacific Ocean.

However, I did not mention one important detail. Today, Russia is experiencing objective and very acute social problems with the mass migration of people from Central Asia and the Caucasus. This is only part of the “new migration of the peoples” of the global South, which the EU and the US are experiencing. Attempting to cope with the consequences of this process by recognizing the new arrivals of equal rights and opportunities, called multiculturalism, showed its obvious futility, and no new effective recipes have yet been formulated. At the same time, Ukraine, which is impoverished and in a state of permanent crisis, still manages to sit behind national borders. However, it is unlikely she will be able to remain an untouched island for a long time in the middle of an impending demographic storm.

It is in this area that the real need of our countries for each other lies. Without Ukraine, Russia will undoubtedly be able to become an empire again. But it’s hardly possible for such an empire without Ukraine to remain Russia.

Ctrl Enter
Noticed oshЫbku Highlight text and press. Ctrl + Enter
We are
The path of Hitler or the path of Bismarck? Germany still has a choiceTom Christiansen: "The Russians are destroying us; they are robbing us of means of food": Russian-Norwegian relations in the Far North until 1820
Military Reviewin Yandex News
Military Reviewin Google News
102 comments
Information
Dear reader, to leave comments on the publication, you must sign in.