January 18 2014
38
I warn you in advance: in this article there is nothing about weapons and wars. I do not think that my outdated knowledge in these matters is of interest to anyone. I just share thoughts about what I have already written in the comments - and about what I haven’t yet been able to write about. I would be glad if this “vinaigrette” seems edible to someone. 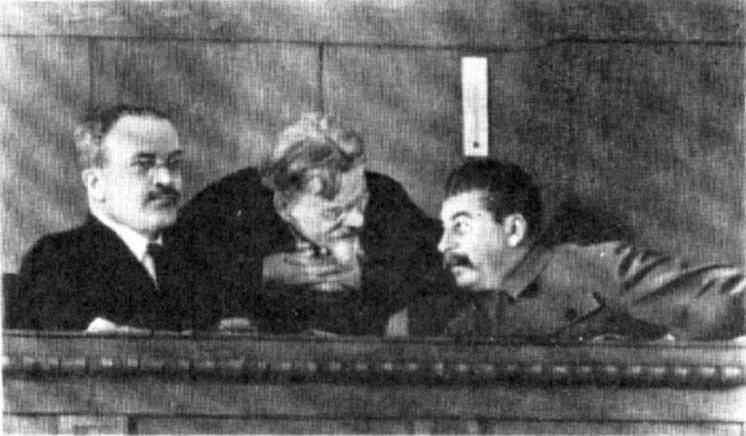 A little about man

Man is a very interesting creature. Everyone knows that muscles can be trained at any age, but the younger you are, the more effective your workouts (of course, you don’t have to straighten out). I assure you that the same is true of the brain. As a kid at school, I saw how a strong mathematician of a dull little boy made a real persona. But I met him in twenty years at the factory - again, stupid. And that's the reason. The boy stayed for the second year due to illness, and no one needed him in the new class. The starting conditions mean a lot, but not least indifference and desire is more important. Moreover, it is about the subject of the conversation, and about others.

I do not accept the “bike” about the development of either the left side of the brain for the exact sciences, or just the right side for the humanities (or vice versa?). Nonsense is. What has been taught since childhood that what develops will be developed. See how children develop in the intellectual-mental sense from 2 to 5. If you find an opportunity to engage with the child constantly, from any one by the age of 10 you will get at least a talent in mathematics, physics, philology and music at the same time. From any!

For forty years of production experience, I was convinced that anyone who is not indifferent is better than a genius who is nihilists.

God saves man, who save himself

Years to 35 slightly wiser, and each new began to think in the context of not only the near future, but also in the sense of its likely negative prospects. And I was always preparing for the worst option. But, as if by a wave of a magic wand, everything went more or less well ... "I strongly recommend" a similar approach. Interestingly, and in the government doing this? ..

About the stars. I mean about public people

We were unobtrusively hammered into the head that if someone appears frequently on the TV screen, or achieved “success,” then he is, well, right in all areas of the dock.

The singer can teach the life of the country and even reproach the authorities that she does not listen to his teachings. I don’t think that the country is good, but it’s better as it is, than according to Mr. Makarevich. Or, say, 27 Nobel laureates are asked to repeal anti-gay law. Are they completely and at the same time specialists in medicine and psychology, and even with Russian specialization?

I went on business trips several times, I know a little center and east, before the collapse of the Union there were friends there. Yes, and we had a lot of evacuees from Ukraine. With neighbors who were leaving back, they said goodbye to tears. In the 80s, they thought that Ukraine lives better than Russia, except for Moscow and St. Petersburg, and deservedly good land, good people.

And now - the facts. The UN came up with the Human Development Index (HDI). This is a rough estimate of the standard of living of an average person in a given country. According to it, Ukraine was in 1992 on the 52 place (in the first place - Canada). The 2013 slid to 78. Russia - on 55, Belarus on - 50 (!). Ukraine lost its position gradually, including with the pro-Western Yushchenko in the presidents and Yulia in the prime ministers. And this is with a fertile climate, warm sea, minerals, soil, and an excellent national economy in 1992.

This is how you need to manage!

From 2012, two shows began to be shown: Serdyukov and Girls and Skrynnik and Boys. The second is no longer shown, apparently, everything ended well. The first one also goes to a happy ending. Well, maybe a little more will continue - for the plot expiration of the statute of limitations. In general, everything, as in the forgotten "Gambling."

One of these days I searched the network for information about the amnesty for Kvachkov / Khabarov. No such information! Probably no one to write the script ...


Small elements of the economy

It is more profitable for medium and large entrepreneurs to borrow money in the West: the percentage is lower there. The state holds gold exchange there. It is not clear why, because there the percentage is again lower. But it does not give its own. There is a saying: “Whoever is having dinner for a girl, he dances with her”.

Our above-mentioned businessmen (forgive, my God, for a nasty word) have the passion they want to stay with money, and therefore they put future yachts and other small money transfers for the purchase of islands, estates, factories abroad into the price of goods. They are afraid - what if they take away the acquired by overworking labor! .. Fortunately, we have no prohibition on the movement of capital, not like in capitalist Norway and socialist China. Plus, we have high costs due to the cold climate and huge distances. Naturally, the price of a Chinese oil rig will be significantly lower than Uralmash. And not only the towers. They explain all of this to us with the peculiarities of the market, and I think these are peculiarities of the genocide of the economy on the part of the students of Yegor Gaidar. The Prime Minister at the recent Gaidar Forum said about the need to move the constantly released labor to the necessary places. Where is it?

And Gazprombank was going to cut Uralmash’s staff by half by 2016. No need for a factory of factories ...

I do not believe large and medium capital. Gaydarovtsy do everything to make him comprador.

More about economics. More than forty years ago, as a consultant on the economic part of a diploma, I was given a Ph.D., director of a design institute. Normal uncle, came to him to consult home for tea with the oh-oh of such sandwiches. The problem was: the profitability of the reconstruction was really awesome, in other words, the payback period in six months, all around the face curved face. Somehow an idea occurred to me - to calculate the losses during the reconstruction, when the products will not be released. Payback immediately fell to a normal one and a half years. He even poured me "besides tea" and wrote a laudatory review. It turns out that such an item of expenditure in the reconstruction of economic science is not provided. After that, I regard the genius of economic theorists with suspicion. It was the theorists, since they didn’t touch this up, and Yegor “Daidar” is a student of our economists.

Having come to power, he decided to fight drunkenness. There were problems with drinking. The criminals began to teach the youth how to go crazy without wine. At the same time, Gorbachev decided to cover up the people's guards by banning the provision of days for vacation. He wanted to save for three days! It went. First, slowly, then steeper. Addicts appeared. I remember it very well: until the last, I was the commander of the guards squad. And the squad was not sickly. Sometimes, the police officer gave without him to go through the addresses, but to be more careful with the contingent. We were just interested in how a person behaves in the family, and, on occasion, they could ... help me stay on 15 days. Before 22: 00 in winter and before 23: 00 in the summer in the area was normal, and then everyone wants to sleep. And then the police suddenly found herself alone - as if in Chicago, the times of Prohibition. In general, the future gentleman of the Order of St. Andrew the First Called. In his old age, he (already a knight, therefore) began to scratch his turnips - how to present his time in power. To tell how it was - that’s what they consider a fool. And he had to pose as an ideological fighter against the Soviet power - and this ideological struggle was almost from the cradle ...

I just remembered about Gorbachev. Now I remember that the good happened to Mr. Medvedev. He, too, will write memoirs. And wine and vodka also expensive!