March 23 2011
0
According to the data of Masons Water Yearbook 2004 / 5, 545 million people (9% of the world's population) already receive water from the dosimeter of private providers and at market prices. Argentina and Bolivia, having first got involved in this, urgently abandoned water privatization schemes.

Water is privatized only through the World Bank and those behind them:

already involved in the pyramid: 187 countries Sensational material on the water project in Libya with maps
1 September 2010 - the anniversary of the opening of the main section of the Great Libyan Artificial River. The media was silent about this Libyan project, and by the way, this project surpasses the largest construction projects. 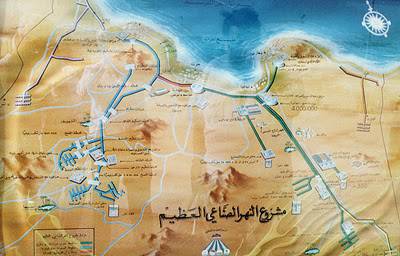 Its value is 25 billion US dollars. The media refused to admit that little Libya, with a population of only 4 of a million people, was able to do something big without borrowing a cent from the western countries and bankers.
In the 1960-ies in Libya in the Sahara Desert 4 giant underground water reservoirs were discovered. Scheme: 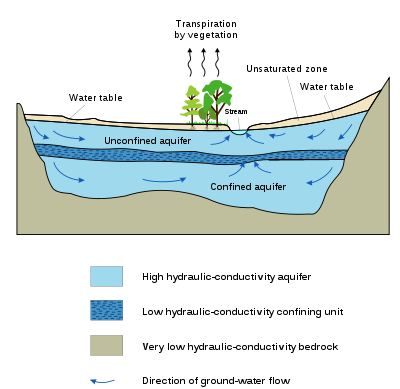 The government of Gadhafi decided to bring water to the service of the people. For this it was necessary to produce a huge amount of work.

In October, 1983 was created by Project Management to deliver water from the southern part of Libya, where the underwater lakes are located, to the northern, industrial part of Libya.

In 1996, artesian water came to the houses of the capital Tripoli! (Tripoli can be translated from Greek as "three polis" - "Trigorod", That is, in antiquity there apparently were three cities, which then merged).
Speaking at the opening, Gadhafi said that
".. this is our answer to the United States, who accuse us of the fact that we, say, are engaged in nothing but terrorism."

The US is always blaming others for what they are doing intensively themselves. This unique property of amers and the highest degree of rudeness is called Khutspa.

This water project was named the “Eighth Wonder of the World” by its scale. It provides flow per day - 5 millions of cubic meters of water through the desert, greatly increasing the area of ​​irrigated land. 4 is thousands of kilometers of pipes buried deep in the earth from the heat. All that is needed for the project was produced in Libya itself. Nothing was purchased in the "first world" countries, which never help developing countries to rise from the supine position, and if they do, then on conditions of even more enslavement of the country.
The United States vigilantly ensured that no one dared to help Libya. The USSR could not help in any way, since it itself gave off the last spirit. Groundwater swings through 270 mines from hundreds of meters of depth. The cost of one cubic meter of water - 35 cents. While the West is selling Libya desalinated salt water for the price of 3.75 dollars. Now Libya no longer buys water from Western countries.

Scientists estimate the water supply is equivalent to 200-years of the flow of the Nile River! The goal of the Gaddafi government is to make Libya a source of agricultural abundance. The project has been functioning for a long time. Have you ever heard of him? The only article in the English-language press was the Underground article "Fossil Water", Running Out, National Geographic, May 2010 and Libya Turns Into the Man-Made River, Marcia Merry, Printed in Executive Executive Review, September 1991

Compare with neighboring Egypt, where over the past 20 years all irrigation and water supply improvement projects have been sabotaged by the World Bank and the International Monetary Fund and the Anglo-American interest behind them. The World Bank and the IMF, for example, blocked the construction of a canal on the White Nile - Jonglei Canal-- in southern Sudan, everything was started there and everything was abandoned.

Gaddafi called on Egyptian peasants, whom 55 are millions of people, and they all live in a crowded region along the banks of the Nile, to come and work now on the fields of Libya. 95% of Libya’s land is desert. A new artificial river opens up tremendous opportunities for the development of this land. Libya’s own water project was a slap in the face to the World Bank and the International Monetary Fund and the entire west.

Once upon a time, the USSR gave many such slaps in the face to the Anglo-Speaking Global Empire. The World Bank and the US Department of State support only their projects such as the `` Middle East Water Summit this November (2010) in Turkey, which is considering only projects to desalinize seawater in Saudi Arabia at a price of $ 4 a cubic meter. The USA benefits from the lack of water - this increases the price for it. Washington and London almost had an apoplectic blow when they learned about the opening of a project in Libya. London's "Financial Times" lashed out with the usual character of Alien criticism, on the basis that the project, they say, is shit, because it is a "Kadaf project." Now, you understand everything, Watson, what is really behind the rhetoric of the invasion of Libya by foreign mercenaries, and their software Alien media, as they say "people's rebels".