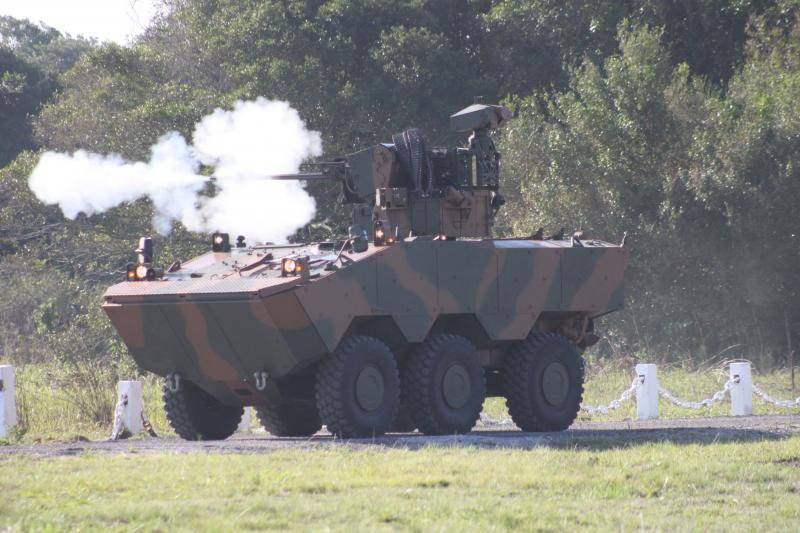 The flagship initiative of the Brazilian army, known as the Guarani project, is becoming the outline of the largest program for the development and production of ground-based equipment in South America and will definitely give considerable impetus to local industry. What is the state of affairs in this project today?

The Guarani project is one of seven long-term strategic arms development projects for the Brazilian army included in the 2008 Strategic Plan. According to this project, a family of modern combat vehicles made domestically and operated by the Brazilian army will be created.

The Guarani project (also known as VBTP-MR - Viatura Blindada de Transporte de Pessoal - Média de Rodas; the armored vehicle for transporting personnel - the wheeled middle class) will not only provide the army with armored wheeled vehicles, but also determine the country's capabilities in designing, manufacturing and support that ultimately helps it compete in the global market for armored vehicles.

The curator of the Guarani project in the General Staff of the Brazilian army, Lieutenant Colonel Claudio Martins said that these works are "unprecedented" for the country.
He noted that the project aims to modernize the motorized infantry units of the Brazilian army, as well as the transformation of some infantry units into mechanized brigades. According to plans announced at the end of 2009, the army can purchase 2030 a year before 2044 machines with a total value of 2,6 billion euros (3,34 billion dollars).

These options will be wheeled vehicles, either in the configuration 6x6, or 8x8, but the total number of vehicles of each model and their purpose has not yet been finally determined. According to Martins, there is also a subfamily of light cars. It includes options: intelligence; anti-tank; easy mortar installation; radar; command post; and the car of advanced observers. It will be wheeled cars 4x4.

However, the first option that comes down from the production line should be an BTR in the 6x6 configuration; starting from 2015, it will begin to replace the EE-11 Urutu and the BBM EE-9 Cascavel armored vehicles, which were once manufactured by the local company Engenheiros Especializados (Engesa) and were in service for about 40 years.

Engesa stopped production of Urutu in 1987, and in 1993, the company went bankrupt, putting the Brazilian defense industry on the verge of extinction. Since then, the Urutu and Cascavel vehicles went through the necessary upgrades so that they could remain in the army until about the 2020 year, when the VBTP-MR 6x6 vehicles would go into service in large quantities.

From the outset, the modular principle was embodied in the design of the machine. Suspension and dual steering modules will simplify the transition from the 6x6 wheel arrangement to the 8x8 scheme and other options. Modularity, of course, contributes to cost reduction, but the main savings come from the use of commercially available components.

Initially, the project was overseen by the Department of Science and Technology of the Brazilian Army, until the Italian company Iveco Defense Vehicles came as a partner in 2007. The initial version of 6x6 will have a total mass of 18 - 20 tons, length 6,9 m, width 2,7 m and height 2,3 m. 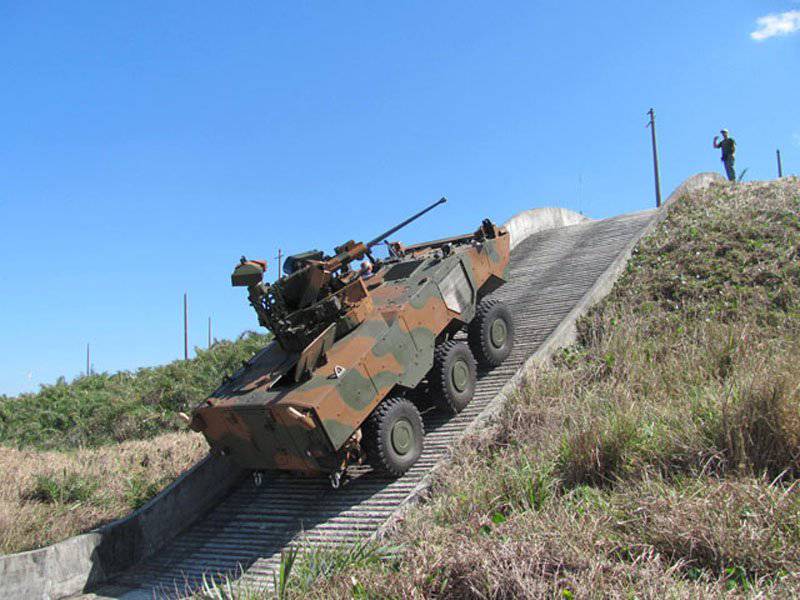 “Currently, the prototype is being evaluated at the Center for Army Expertise in Rio de Janeiro,” Martins explained. “This prototype is undergoing advanced tests in order to guarantee the quality of the product and determine the necessary improvements in order to meet the requirements developed by the General Staff of the Army.”

Tests are necessary in order to ensure that new technologies in the new machine work efficiently, because for machine operators who have not previously exploited some of the newest systems, the “development” of the machine must pass without undue problems. Users must be trained in new battle management software that interacts with combat and communications systems integrated into the electronic structure of the machine.

“At the creation stage, each possibility of constructive improvements is considered, they are directly incorporated into the prototype, which was delivered to the Assessment Center in August 2011. His tests are scheduled to be completed at the Center at the end of 2013, ”he added. 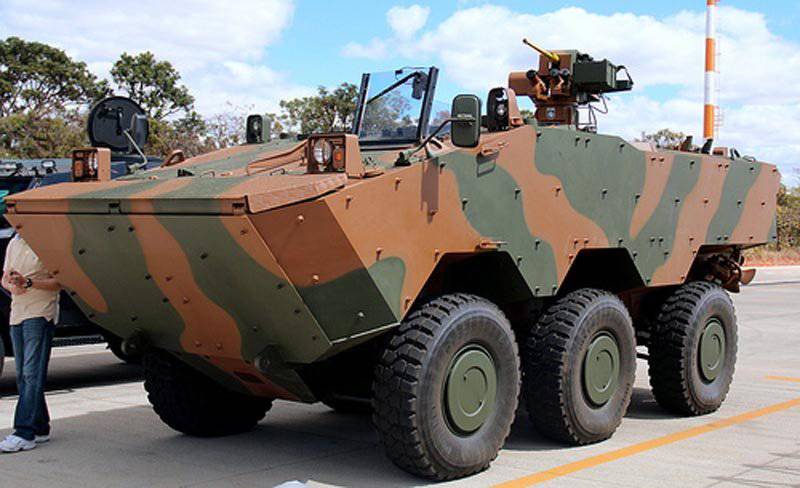 This Guarani machine is equipped with a Remax locally developed combat module. You can install 7,62-mm or 12,7-mm machine gun plus 76-mm grenade installation smoke screen 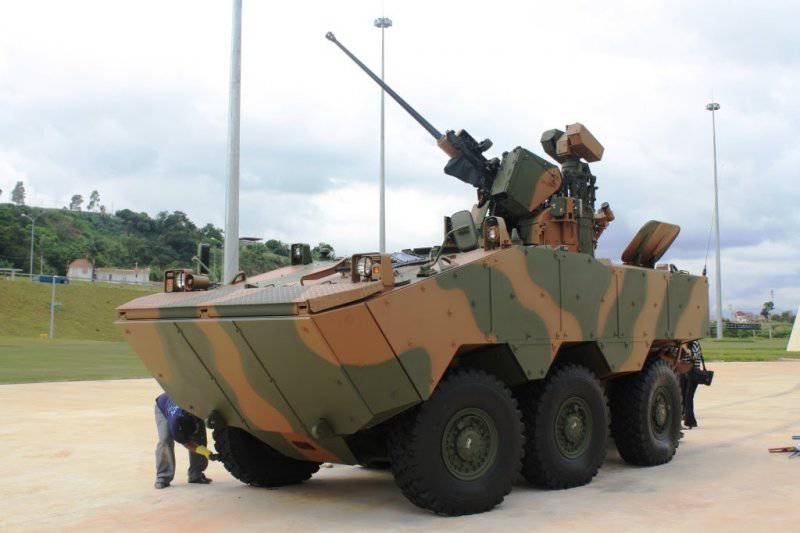 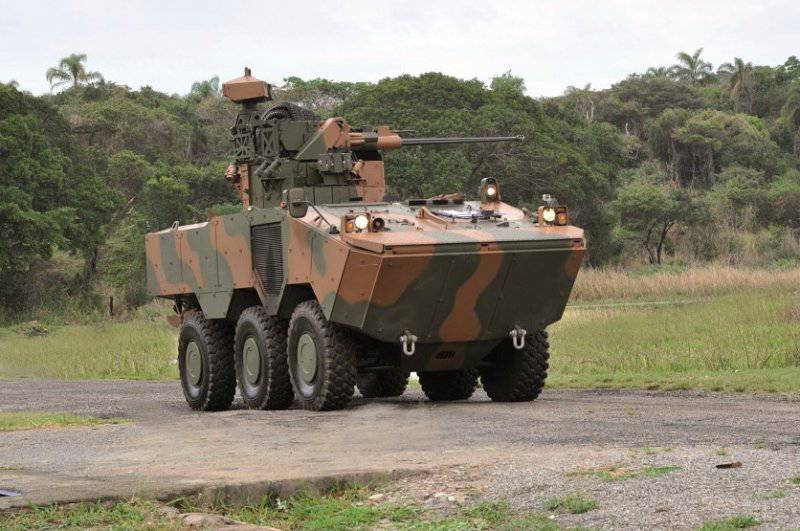 Not a bad choice

New weapons systems will be as follows: manned turret; UT30 BR 30 remotely controlled combat module with an ATK MK44 cannon manufactured by the local Elbit division of AEL Sistemas; and a remote controlled module with a machine gun.

In September, AEL received an order worth approximately 2012 million dollars for manufacturing an unnamed number of UT15 towers to be installed on VBTP-MR machines, although Martins said that larger-caliber weapons might be available for the reconnaissance version.

To support large-caliber weapons, Ares (another local company owned by Elbit), in collaboration with an army technology center, produced a remote-controlled Remax module. You can install an 12,7-mm machine gun, a 7,62-mm machine gun and four 76-mm grenade smoke screen installations in the module. This module is the “first combat module developed and manufactured in Brazil.”

At the beginning of 2012, Ares announced that, in collaboration with the army, it successfully integrated Remax into a VBTP-MR machine at the Iveco plant in Sete Lagoas and the army purchases the first batch of towers in accordance with the 25 contract signed in October of the year.

These contracts are part of a 260 million-dollar framework contract signed by Elbit in January of 2011 for a few hundred UT30 BR 30 mm towers. The final number of towers and cannons is currently still under discussion, and ammunition will be produced at the local Brazilian Cartridge Company ammunition plant.

Guarani is not only a large machine development project, it is an equally large industrial project. Martins reported that it consists of several subprojects involving such issues as: R & D; integrated logistics; human resources; infrastructure; operational management; modeling; budget control; and environmental issues.

The scope and range of project work ensures that the Brazilian army not only learns to design and manufacture machines domestically, but also learns to manage a procurement program of this size, ranging from budget and personnel to infrastructure and material support schemes.
“The Guarani project means salvation for the local industry as a manufacturer and exporter of defense products,” Martins said.

Up to 60% of the cost of Guarani machines is expected to be produced domestically. This is potentially equivalent to about 90% of all parts in the car. Such a scheme helps develop local industry and more closely integrate it with the armed forces and other government agencies.

In-service training will begin in the 2014 year; The Brazilian army is developing its own simulators for these machines along with the corresponding operational doctrine. The army purchases components for the information management system abroad, but installs them on the machines on its own, and also conducts research to develop promising options.

Local production facilities called Iveco Veículos de Defesa at Sete Lagoas were built in the state of Minas Gerais for 23 million euros. The company received in August 2012 the first fixed order for 86 machines worth 118,7 million dollars and in December 2012 delivered the first five machines. More 49 machines are scheduled to ship this year and the remaining 32 pieces in 2014 year.

Martins said that the first vehicles will go into service with the 15 motorized infantry brigade in the city of Cascavel in southern Brazil near the border with Paraguay. 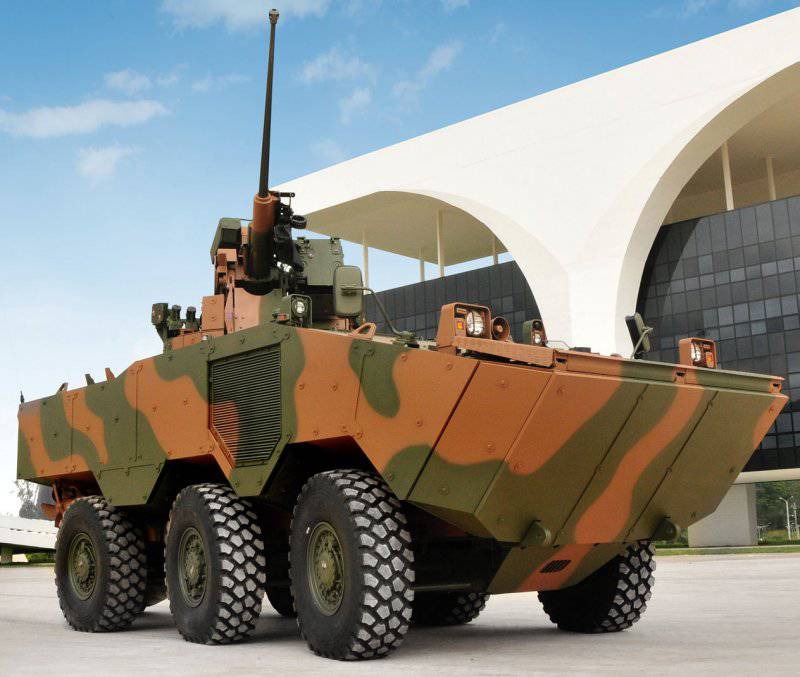 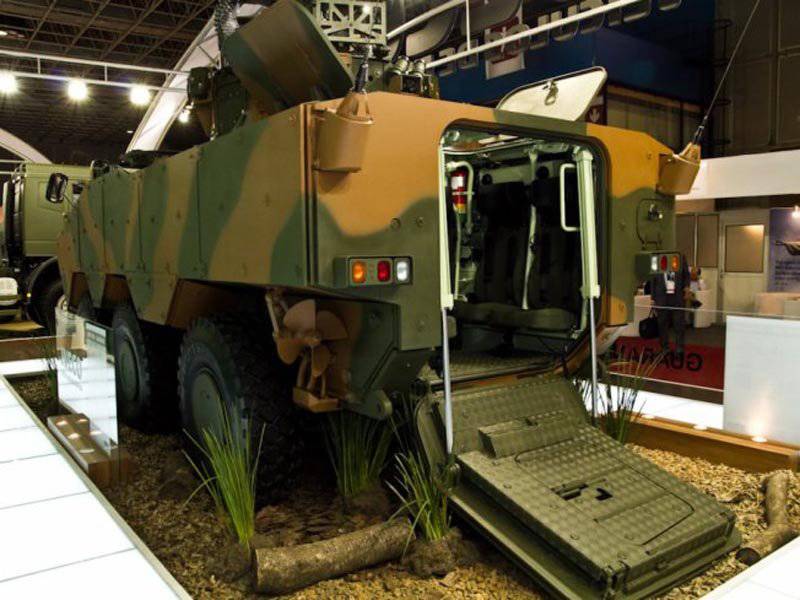 Ctrl Enter
Noticed oshЫbku Highlight text and press. Ctrl + Enter
We are
Light armored vehicles come to the foreFire power for all occasions. Overview of combat modules and towers for cars of light and medium weight categories (4 part from 5)
Military Reviewin Yandex News
Military Reviewin Google News
4 comments
Information
Dear reader, to leave comments on the publication, you must sign in.