Francois Hollande and the "wisdom of King Abdullah"

January 20 2014
27
In late December, the French president flew to Riyadh and talked with the King of Saudi Arabia Abdullah bin Abdul-Aziz. The talks ended with a press conference at which Monsieur Hollande endorsed the efforts of Riyadh ... uh ... to resolve the crisis in Syria. Then the French president even expressed confidence that “the wisdom of King Abdullah” would help solve not only the Syrian issue, but also all problems in the Middle East in general. 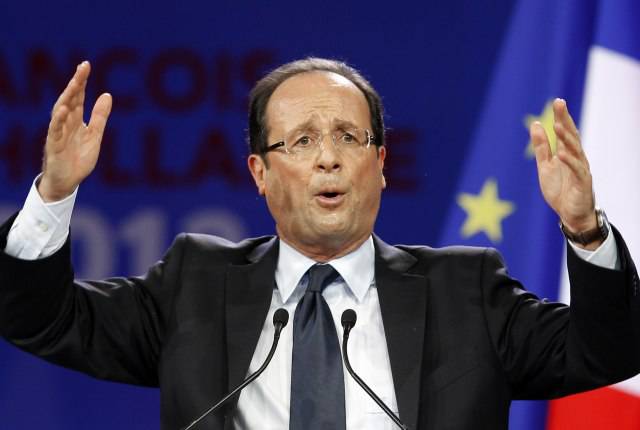 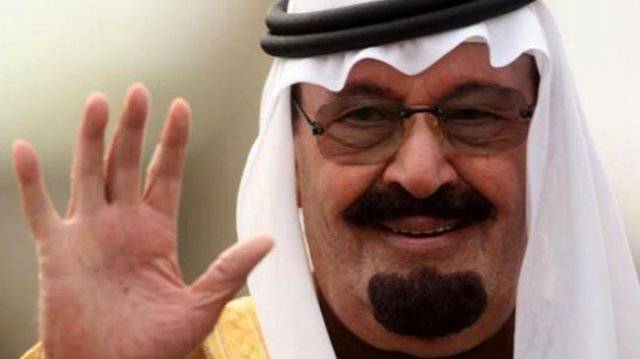 Well, just the information bomb. But if King Abdullah is so “cool,” then why does he need some kind of Hollande? Or are there already so many Arabs in France that Paris decided to become one of the emirates in the world Sharia empire - and Hollande just staked out?

At a press conference, echoing the king, Hollande said that France, unlike the United States, would support the Syrian rebels who are fighting the Assad regime.

Another sensation. It turns out the United States in the region - now nothing, zero. And now the Saudis will be doing politics here, on behalf of the world community, the French will be granted a democratic indulgence. Kings, presidents, democracy — everything was mixed up in the Oblonskys' house.

In order to confirm his line, Hollande held talks with the head of the Syrian National Coalition (NKORS) Ahmad Jarboy.

And after a couple of weeks, the socialist-loser, famous for his low rating in his homeland, boasted the might of this very homeland. During the January press conference at the Elysee Palace, Mr. Hollande said that France could, if necessary, strike a blow on Syria: “I will tell you a secret. If the situation had developed accordingly, and if the UN had decided to strike at Syria, France would be able to do it, it possesses the necessary forces and means. ” He added: "Few countries have such capabilities."

There is a certain logic in the separation of Hollande for a couple with Saudi Arabia from the United States.

Earlier in the newspapers they wrote that Hollande on the night of September 1 was going to give an order to start an operation against Assad, but the order was stuck in his throat because Washington changed his mind. And preparing for a strike on Syria, Hollande also began not on his own accord, but after a corresponding call from the White House. Obama allegedly ordered Hollande to destroy the missile batteries of the Syrian armed forces with Rafale on an early Sunday morning, but then he refused aggressive plans: he decided to raise the issue of an attack on Congress, to disclaim responsibility. And then there was Lavrov, chemical disarmament, and Hollande, apparently, felt in geopolitics absolutely too much. Hence the resentment of America.

Paris and Riyadh are really good for three: the company of geopolitical friends includes Tel Aviv, which does not like either Assad, neither Syria’s friendship with Iran, nor Allied Assad, Hezbollah.

Lauren Mozheri (Le Huffington Post, France; translation source - "InoSMI") in the article “NGOs undermine the policy of France in the Middle East” recalls the phrase by Francois Hollande, uttered by him at the Israeli Ben Gurion Airport:

"I will always be a friend of Israel."

This phrase of Hollande, in the author’s opinion, is a reflection of the current French policy towards Tel Aviv. France and Israel intend to develop diplomatic, economic and cultural ties.

Middle East Browser IA "REGNUM" Mikhail Aghajanyan reminds that the current owner of the Elysian Palace in the foreign policy sphere took a lot from his predecessor, Sarkozy. The positions of the Fifth Republic in the Middle East should be promoted with the support of diplomatic efforts, and they should stand guard over the military and political interests of France.

If during the period of the Libyan campaign, much was said about the relations of France with Qatar, then today, when there is a war in Syria, Paris has shifted towards Saudi Arabia. Saudis are present wherever there is a clash of Sunnis and Shiites. With the invasion of the Saudi army in Bahrain in March 2011, one can conduct a provisional countdown of the declination of Paris to the expediency of regional friendship with Riyadh. What French diplomacy does, the analyst believes.

The policy follows the economy. Industrial interests are driving the French: despite the riskiness of betting on Riyadh, profit is paramount. Hollande is a purely nominal socialist.

The French decided to return to the Middle East again, writes Mikhail Aghajanyan. Now Paris is focusing on promoting the products of its military-industrial complex. Saudi Arabia is defined as the main customers and intermediaries in contacts with other potential arms buyers.

So this is why the autocrat Abdullah needs a democratic Monsieur Hollande. And that's why Hollande called the king "wise." However, not only the “wisdom of King Abdullah” will help solve the Syrian issue, and all the problems in the Middle East - here you can not do without the French weapons.

In August, the 2013 group of French companies signed contracts with the Saud side of about $ 1,3 billion (overhaul of four frigates and two sea tankers). In addition, the company “Thales” tipped the contract for the modernization of Saudi air defense systems “Shahine” worth 2,5 billion.

Interestingly, plans to supply weapons to Lebanon from 2010 of the year, which Israel and the United States didn’t like very much due to the likely fall of French developments in the defense of Hezbollah (talking about anti-tank missiles to Gazelle helicopters), are not meeting diplomatic opposition today.

Hollande’s visit to Saudi Arabia turned out to be productive, if we keep in mind the progress around the sale of anti-tank missiles to Lebanon and in general the expansion of the military supply range of the Fifth Republic. Saudis are taken to become a Lebanese sponsor and cover the entire volume of the transaction, notes Agadzhanyan.

The expert also recalls that during the days of Hollande’s visit to the Middle East, Saudi and Lebanese media mentioned the murder of Lebanese Finance Minister Mohammed Shatah, who was close to Saad Hariri, mentioning the Hezbollah trail. Apparently, the author writes, this is a “balm for the soul” of Israel, which still fears the French-Saudi-Lebanese contract. But now Tel Aviv is given to understand that Hezbollah and, if you look more broadly, Iran, continue to worry Paris and Riyadh.

On what scale, we will add on our own, Hollande was going to “wedge in” in the Middle East, it is still difficult to understand. But the fact that now in the region they think for three (about the union of Israel and Saudi Arabia did not write only lazy or illiterate), is beyond doubt. Agadzhanyan also believes that losing Hollande’s “with catastrophic hopelessness” rating is another important (besides operations in Mali and the CAR) “small and victorious” war outside France. Most likely, Paris is still going to blast the heat with someone else's hands in Syria. Yes, even if not going, even if only bluffing, but this bluff - for the good of native capitalists. The interests of the French military-industrial complex, to whom the war as a mother is native, has not been canceled. For the sake of these multi-billion interests, support even the Wahhabi king, even Jarbu, even the bald devil.