Seven reasons for the defeat of the United States in Vietnam

January 17 2014
81
15 January 1973, the US Army and its allies ceased to conduct military operations in Vietnam. The peace of the American military was explained by the fact that after four years of negotiations in Paris, the participants in the armed conflict reached a definite agreement. A few days later, on January 27, a peace treaty was signed. According to the agreements reached, American troops, having lost thousands of people killed by 1965 from 58 of the year, left South Vietnam. Until now, historians, military and politicians can not unequivocally answer the question: "How did the Americans lose the war if they did not lose a single battle?"


We present several expert opinions on this subject. 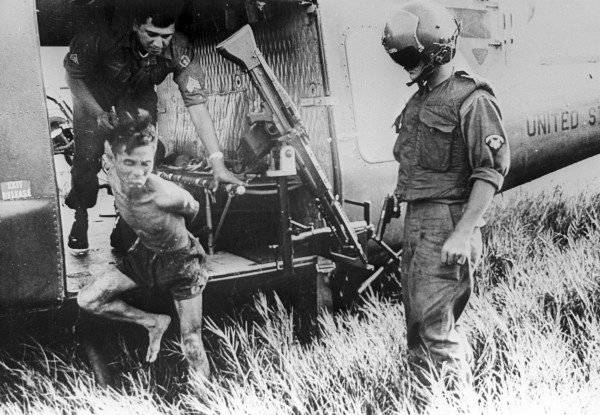 1. Hellish disco in the jungle. That is how American soldiers and officers called the Vietnam War. Despite the overwhelming superiority in armaments and forces (the number of US troops in Vietnam in 1968 was 540 thousand people), they failed to defeat the partisans. Even carpet bombing, during which the American aviation dropped 6,7 million tons of bombs on Vietnam, failed to "drive the Vietnamese into the Stone Age." At the same time, the losses of the US Army and its allies were constantly growing. During the war years, Americans lost 58 thousand people in the jungle killed, 2300 missing and more than 150 thousand wounded. At the same time, Puerto Ricans, who were hired by the American army to obtain United States citizenship, were not included in the list of official losses. Despite some successful military operations, President Richard Nixon realized that a final victory would not be possible. 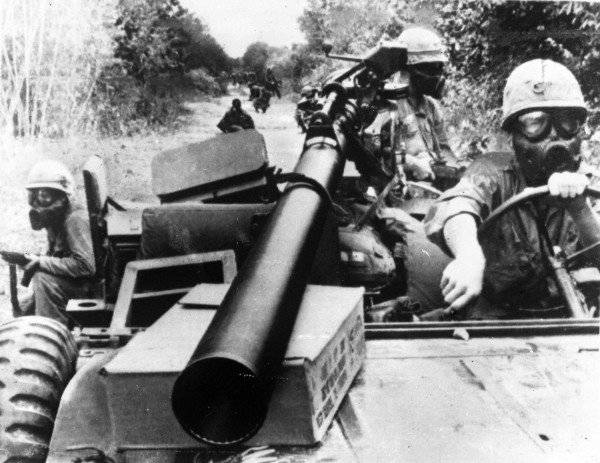 2. Demoralization of the US Army. Desertion during the Vietnamese campaign was fairly widespread. Suffice it to recall that the renowned American heavyweight boxer Cassius Clay adopted Islam at the peak of his career and took the name of Mohammed Ali to avoid serving in the American army. For this act, he was deprived of all titles and suspended from participation in competitions for more than three years. After the war, President Gerald Ford, in 1974, offered pardon to all those who had evaded conscription and deserters. 27 thousands of people came to confess. Later, in 1977, the next head of the White House, Jimmy Carter, pardoned those who fled the United States so as not to be called upon. 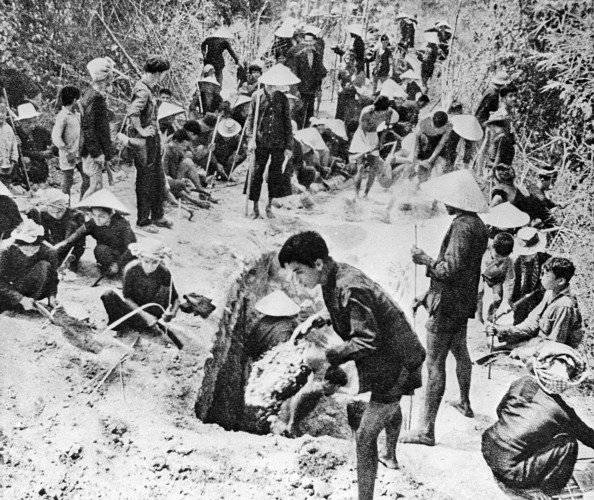 3. "We knew that stocks of bombs and rockets would be exhausted by you before the fighting spirit of our fighters", - former Viet Congue Bei Kao told American historian and veteran of the Indochina war to David Hackworth. He also added: "Yes, we were weaker in material terms, but our fighting spirit and will were stronger than yours. Our war was fair, and yours was not. Your infantrymen knew this, as did the American people." This position is shared by the historian Philip Davidson, who wrote: “Throughout the war, the United States did not think much about the political, economic and psychological consequences of their military operations. No one paid attention to the death of the civilian population, unnecessary destruction, and yet both negative political effect. "

4. People's war. Most of the Vietnamese were on the side of the partisans. They provided them with food, intelligence, and recruits and labor. In his writings, David Hackworth quotes Mao Zedong’s maxim that "the people are what the water is for the guerrillas: remove the water and the fish will die." "The factor soldering and cementing the communists from the very beginning was their strategy of the revolutionary liberation war. Without this strategy, the victory of the communists would have been impossible. The Vietnam War should be viewed through the strategy of popular war, that this is not a matter of manpower and technology, things are not related to the problem, "wrote another American historian Philip Davidson. 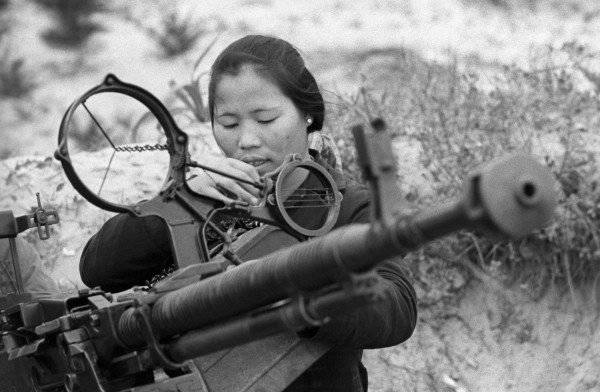 5. Professionals against amateurs. The soldiers and officers of the Vietnamese army were much better prepared for the war in the jungle than the Americans, because they fought for the liberation of Indochina since the Second World War. First, Japan was their adversary, then France, then the USA. “While in May Hiepe, I also met with Colonels Lee La-mom and Dang Viet Mei. They served battalion commanders for almost 15 for years,” recalls David Hackworth. “The average American battalion or brigade commander served in Vietnam for one six-month period. Lam and Meya could be compared with coaches of professional football teams playing each season in the final for the super prize, while the American commanders were like rosy-cheeked mathematics teachers, put in place of our professional coaches, brought careerism in the sacrifice. In order to become generals, our "players" have risked their lives, commanding battalions in Vietnam for six months, and America has lost. "

6. Anti-war protests and attitudes of American society. America was shaken by thousands of protest demonstrations against the Vietnam War. A new movement, hippies, has emerged from young people protesting against this war. The movement culminated in the so-called Pentagon Campaign, when in October 1967, Washington gathered up to 100 thousands of young people protesting against the war, as well as protests during the US Democratic Party congress in Chicago in August 1968. Suffice it to recall that John Lennon, who opposed the war, wrote the song "Give the World a Chance." Drug addiction, suicide, desertion spread among the servicemen. Veterans were persecuted by the "Vietnamese syndrome", which is why thousands of former soldiers and officers committed suicide. In such circumstances, to continue the war was pointless.

7. The help of China and the USSR. Moreover, if the comrades from the Celestial Empire provided mainly economic assistance and living power, the Soviet Union provided Vietnam with the most sophisticated weapons. So, according to rough estimates, Soviet aid is estimated at 8-15 billions of dollars, and the US financial costs, based on current estimates, have exceeded a trillion US dollars. In addition to weapons, the Soviet Union sent military specialists to Vietnam. From July 1965 to the end of 1974, around 6,5 thousands of officers and generals took part in the fighting, as well as more than 4,5 thousands of soldiers and sergeants of the Soviet Armed Forces. In addition, training of Vietnamese military personnel began in military schools and academies of the USSR — these are more than 10 thousand people.
Well, just to remember the topic.

Ctrl Enter
Noticed oshЫbku Highlight text and press. Ctrl + Enter
We are
Chronicle of the disaster: how the United States lost the Vietnam War in 1965 – 1975South Vietnam. How Saigon regime appeared, developed and collapsed
Military Reviewin Yandex News
Military Reviewin Google News
81 comment
Information
Dear reader, to leave comments on the publication, you must sign in.