They will fight with the "grandfathers" 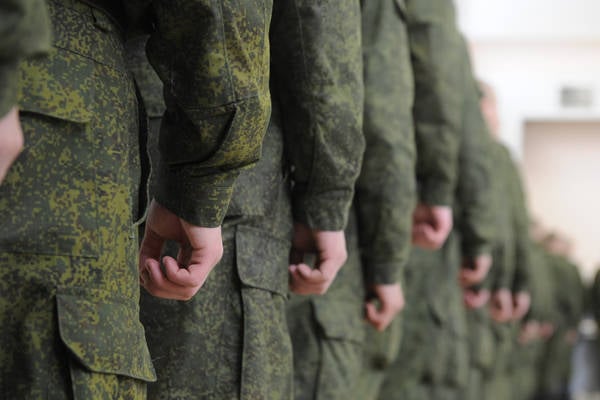 Yesterday, the State Duma considered in first reading a bill related to the activities of the military police. This document was presented to the deputies by the presidential plenipotentiary in the lower house of parliament, Harry Minh.


The army structure to which the legal act is addressed officially exists in our army for more than two years, but the regulatory framework governing its work so far exists only at the departmental level. Initially, a separate law was written about the military police in the Ministry of Defense. But then the lawyers suggested to the generals that he would be appropriate if it were a question of a federal executive body. The army police is not that, therefore a document was introduced that corrected 10 of current laws and two codes. It is called “On Amendments to Certain Legislative Acts of the Russian Federation on the Activities of the Military Police of the Armed Forces of the Russian Federation”.

List all articles and paragraphs of the document does not make sense. Therefore, we will focus on the main ones. Of fundamental importance is the adjustment of the Law "On Defense". It is proposed to supplement article 25 "approx." It is called the “Military Police of the Armed Forces of the Russian Federation” and explains why the army needs its own law enforcement agencies. The bill states that the military police is designed to protect the life, health, rights and freedoms of soldiers and officers, the civilian personnel of the Armed Forces and those who undergo military training. And also to counteract crime, ensure law, law and order and discipline among the troops, road safety (along with the traffic police, army traffic police are already involved in the military police) and other tasks. The main functions and powers of the military police will be set forth in special legal acts, including the Statute of the Military Police Service.

It is worth paying attention to two more innovations, which offer to supplement the Law "Defense". The first - the leadership of the military police will fall on the Minister of Defense. He will determine its organizational structure and size. Moreover, the recruitment of military and civilian employees should not exceed the total number of people established for the Russian army. "The staff number is set by the order of the Minister of Defense and is currently 6,5 thousand people, an increase in the staff number is not expected," said Garry Minh to State Duma deputies.

And secondly, the law of the army police will give the right to use physical force, special means and firearms in strictly defined cases and in a clearly defined manner. weapon. That is, in this matter, military law enforcement officers will be equated to their colleagues from the Ministry of Internal Affairs. But what the military police will definitely not do is to chase soldiers and officers who have broken the law. The plenipotentiary of the president in the State Duma made it clear that no one is going to correct the current law on operational-search activity. But the most important function of the military police is the fight against "dedovshchina" and theft of military property.

- Our employees must save the soldiers and commanders from many unusual functions. The new law allows this to be done, the RG correspondent was told at the Main Directorate of the Military Police of the Ministry of Defense on the eve of the hearings in the State Duma.

What is this about? For example, now guilty soldiers in the garrison guardhouses are guarded by ordinary soldiers. The same applies to the "guards" of those who are serving a sentence in disciplinary battalions. This, if I may say so, school of courage is hardly suitable for recruits. They do not return from the army with the skills of a warrior, but with the guards' habits. The new law will break such a practice. After all, according to him, conscripts in the guardhouses and in the security units of the disbats should be replaced by military policemen. If necessary, they will be involved in the protection of victims, witnesses, and other participants in criminal proceedings.

Another area of ​​official activity, where military police officers can in principle replace military officers, is conducting inquiries about some soldier’s or officer’s crime. As a rule, now, on the orders of the commander, platoon or company troops are engaged in this. After the adoption of the law, the role of the investigator is likely to be transferred to the military police officer. A serious investigation of crimes and the supervision of this process will continue to be handled by army professionals from the TFR and the Prosecutor General’s Office.

It is worth recalling that of itself today is the army police. It includes the core department of the Ministry of Defense, four territorial administrations in military districts, commandant's offices and departmental traffic police. Only professionals are hired for service in such bodies, and all candidates are subject to strict, including psychological, selection.