January 16 2014
75
The fifties of the last century are deservedly considered a period of rapid development aviation. The advent of jet engines, new materials and new technologies has allowed aircraft designers to tackle the most daring projects. So brave that some of them are still amazing. A large number of projects of that time were not embodied in metal, but served as an excellent source of new ideas and a way to test their prospects. One of these projects was the DSB-LK, developed by employees of the Leningrad Red Banner Air Force Engineering Academy. A.F. Mozhaysky (LKVVIA) in the late fifties. 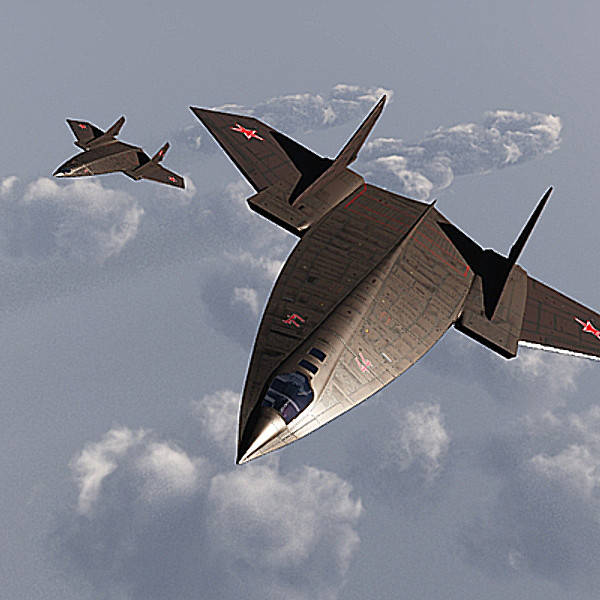 In the second half of the fifties, the leading aircraft building organizations of the Soviet Union commissioned by the General Staff of the Air Force conducted work on the theme "Finding ways to develop supersonic long-range hydroplanes." Among others, LKVVIA engineers under the direction of A.S. Moskalev and A.I. Smirnov. They conducted a pre-sketch development of several variants of a supersonic aircraft in the configuration of a strategic bomber, an amphibious aircraft and a hydroplane. Three preliminary projects differed from each other in different details of the appearance, but they were united by high cruising speed of flight. The purpose of the research was to determine the best configuration of a promising supersonic aircraft.

At the beginning of work on the three projects, the requirements for new aircraft were rather vague. It was assumed that by creating a pre-draft design that fits within the established broad framework, it will be possible to determine the requirements for aircraft that will fly in the future. Therefore, the bomber, seaplane and amphibious take-off mass could be in the range from 150 to 500 tons, the flight speed was set at M = 2-4, and the flight height at the target level was at least 20 km. With such characteristics, the developed aircraft had to carry 5-15 tons of combat load.

Search layout schemes of a heavy bomber, the development of LKVVIA them. A. F. Mozhaisky

Employees LKVVIA considered a large number of options for the layout of promising aircraft. Prospects for the usual layout, “flying wing”, tailless and “duck” were tested. Aircraft could get swept, triangular, rectangular, trapezoidal or sickle-shaped wing. Turbojet engines with and without an afterburner were considered as a power plant, as well as a combined version with turbojet and direct-flow engines.

Developed projects in the future could become the basis for aircraft for various purposes. The demands made allowed both a strategic bomber and a high-speed long-range transport aircraft to be made. It was assumed that the bomber will carry aircraft ballistic projectiles (aeroballistic missiles) or cruise missiles. The combat capabilities of the aircraft were considered on the basis of the specified parameters of weapons. So, when launching from a height of 20-30 km, the ballistic projectile had to fly 2500 kilometers, the cruise missile to the line of sight.

Especially for the "land" version of the aircraft were introduced some restrictions on the mass and take-off and landing characteristics. Given the capabilities of the existing airfields, the take-off mass of the promising bomber was limited to 300 tons. The plane had to break away from the lane at speeds up to 350 km / h, and the landing needed to bring to 250 km / h. Run and mileage are limited to 1600 meters. The seaplane and amphibian did not have such restrictions, since they could use large bodies of water as a runway.

As a result of comparing several variants of a promising supersonic aircraft, the best one was chosen. The winner of this competition was a long-range aircraft, made according to the “flying wing” scheme with six turbojet engines. This appearance allowed to achieve the highest possible flight performance without loss in combat qualities. After determining the best option, the next stage of the program for studying promising supersonic aircraft began. To work except LKVVIA them. Mozhaisky were involved TsAGI, VVIA them. NOT. Zhukovsky and OKB-23, headed by V.M. Myasishchev. 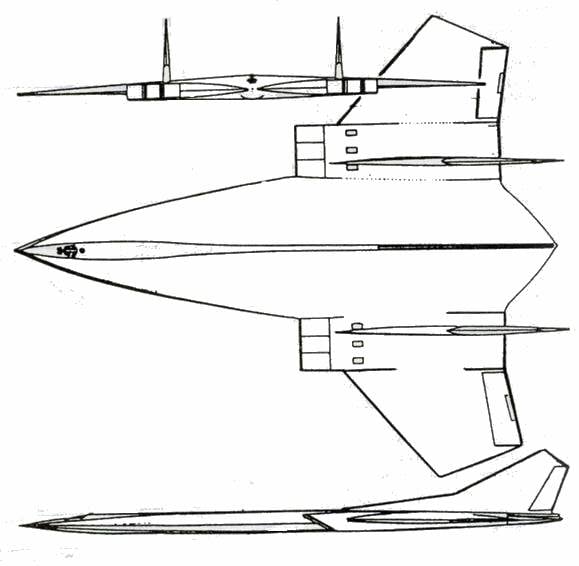 The aircraft, designated DSB-LK (Long-range strategic bomber - “flying wing”), was designed in the shock version, although the possibility of creating an intelligence modification was not ruled out. The project was considered as a continuation of the previous works, because of which the construction and testing of the aircraft were not planned. According to some reports, during the development of the project, the appearance of the DSB-LC bomber was slightly modified. It took into account the best practices in other projects developed earlier.

The layout of the "flying wing" allowed to correctly assemble the internal volumes of the aircraft. With the length of the 49-52 meter and the wingspan of the 36-38 meters, the take-off weight of the DSB-LC was supposed to be increased to 250-280 tons. The dry weight of the aircraft, according to calculations, was equal to 88,5 tons.

The plane DSB-LC did not have a pronounced fuselage. This part of the design slightly protruded from the wing in the nose, but then smoothly passed into it. On the sides of the nose fairing, the center section began, gradually expanding towards the middle part of the aircraft. Approximately in the middle of the length of the vehicle, engine nacelles were located on the center section, the lower part of which protruded slightly from the wing. On the sides of the engine nacelle to the central part of the wing were mounted trapezoid in terms of the console. The center section sweep was equal to 72 °, consoles - 42 °. Over the engine nacelles supposed to place two keels. 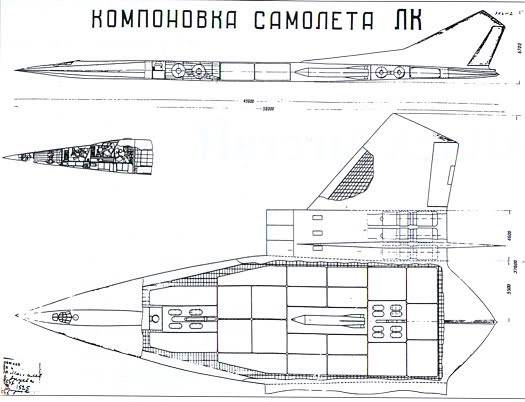 As a power plant in the project DSB-LK, six turbojet VK-15М engines with nominal thrust of 10000 kgf and afterburner 15800 were considered. With the help of six engines placed in two nacelles, a promising bomber could reach speeds of up to M = 2,8. Estimated practical ceiling reached 35 km. Maximum flight range at full refueling exceeded 16,5 thousand. Km.

Applied layout "flying wing" could provide good take-off and landing characteristics. The length of the bomber’s run should have been a little more than 1100 meters, the range was 1050 m. The plane should be off the ground at speed 330-335 km / h, landing speed did not exceed 180-190 km / h.

In the central part of the fuselage, between the engine nacelles, was cargo compartment. Its size allowed to transport weapons weighing up to 15 tons. As the main weapons prospective cruise missiles and aircraft ballistic shells were considered. In addition, if necessary, the DSB-LK bomber could use bombs of caliber up to 5000 kg.

For self-defense, the aircraft could carry two (on the upper and lower surfaces of the wing) turrets with automatic guns. The use of guns with a shooting rate of up to 7-9 thousand shots per minute was considered optimal. The estimated ammunition of each of the guns consisted of 700-1200 shells. Additional weapons for self-defense aircraft could be air-to-air missiles with a range of up to 10 kilometers.

Depending on the composition of the complex of electronic equipment, the crew of the DSB-LK bomber could consist of two, three or four people. In the version of the reconnaissance aircraft crew size could change.

In 1960, the Leningrad Red Banner Air Force Engineering Academy. A.F. Mozhaisky and related organizations have completed a preliminary design of a promising bomber DSB-LC. This project was initially considered as a trial and was of a research nature. For this reason, in the same year, the project was discontinued, and the documentation was transferred to several aircraft manufacturers. The experience gained during the development of a pilot project was useful in creating many new aircraft. 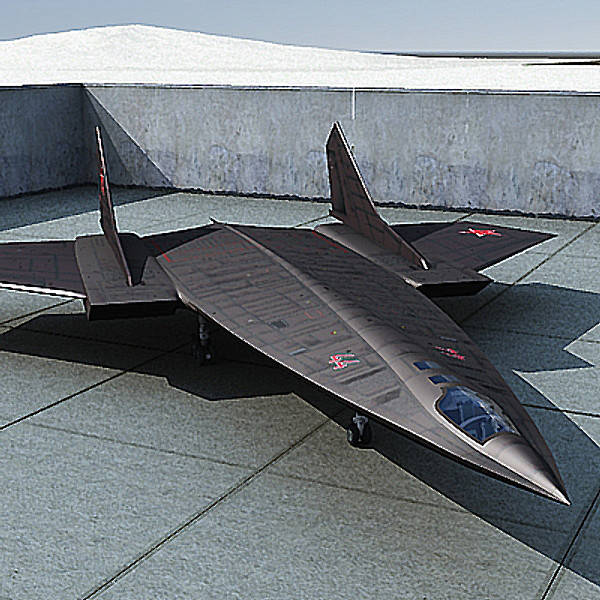 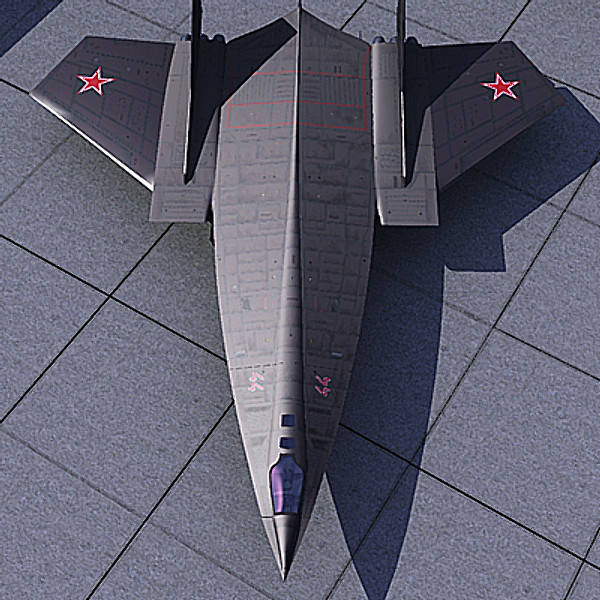 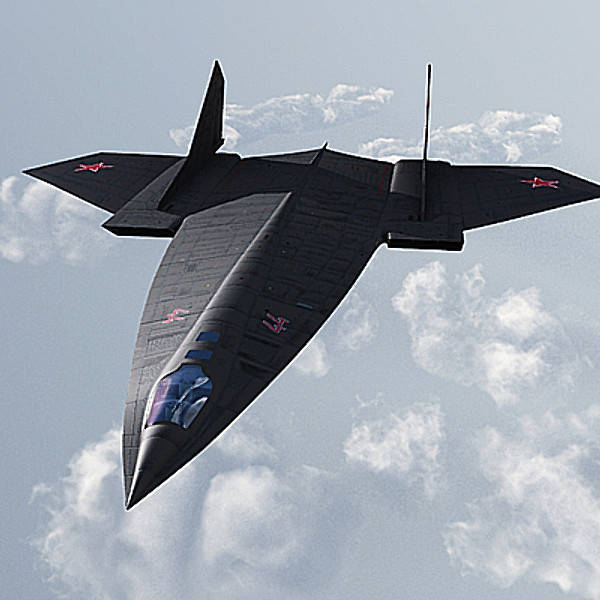 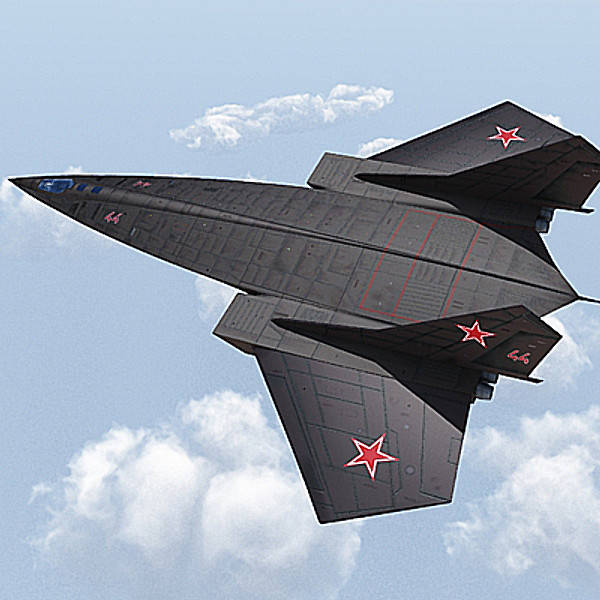 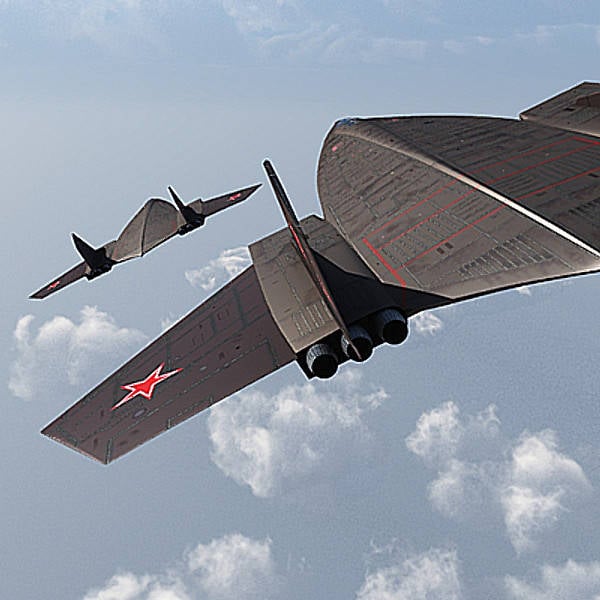