January 16 2014
13
In the State Armaments Program currently being implemented, great importance is attached to air defense assets. Before 2020, the troops of the aerospace defense and air defense of the ground forces will receive a large number of anti-aircraft missile systems, radar stations and other equipment. Defense industry enterprises that are part of the Almaz-Antey Air Defense Concern are engaged in the manufacture of both mastered technology and systems of new types. The latter include radar 55ЖХNNUMHUM "Niobium", which will soon go to the armed forces. 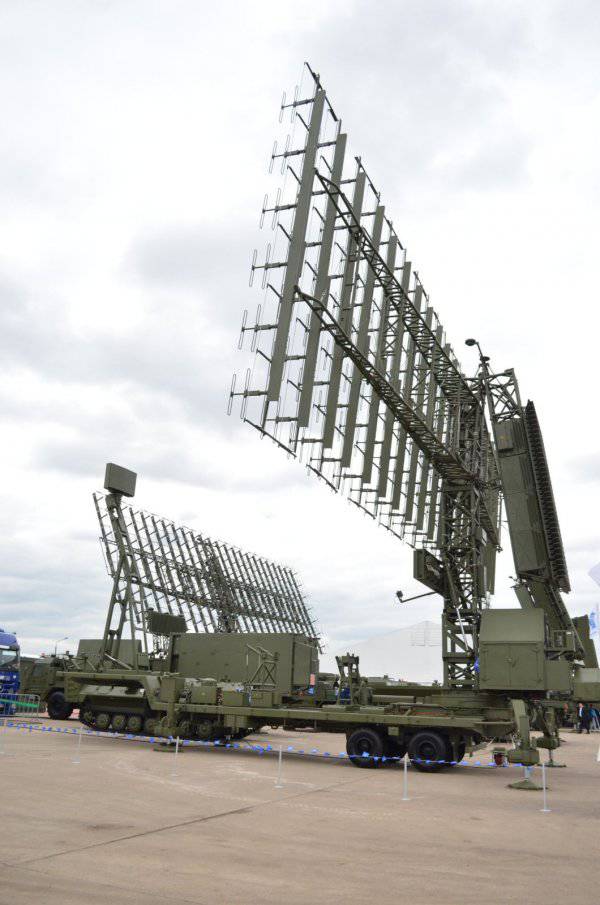 On the progress of the construction of the new radar station announces the release of the factory newspaper of the Nizhny Novgorod machine-building plant "Nizhegorodsky Mashinostroitel" from December 19 2013. According to the newspaper, last year the company produced nine sets of the Nebo-M radar, as well as the beginning of the construction of new Niobium production stations. In addition, in the near future, Nizhny Novgorod specialists will take part in the development of individual elements of these radar modifications, and then they will begin to make prototypes. The plan for the past year 2013 implied the manufacture of two sets of radios "Niobium". In the new 2014, the production of these systems will continue.

Radar 55Ж6UM "Niobium" is a further development of the systems of the "Sky" family, the development of which began in the second half of the eighties. Radar "Niobium" is designed to monitor the airspace, detect various targets and determine their coordinates. According to reports, the 55ЖХNNXXUM station is capable of finding and accompanying both aerodynamic (airplanes, helicopters, cruise missiles, etc.) and ballistic (missile warheads) targets. The equipment of the station allows you to detect the target, determine its coordinates and nationality and transmit information to the command center or anti-aircraft complexes. In addition, it is possible to find the sources of interference and determine their location.

Station "Niobium" is a direct development of the basic version of the radar "Sky-U" with a change in the composition of the equipment, made on the new element base. The project of a new radar station was developed by the Nizhny Novgorod Research Institute of Radio Engineering. The design documentation was prepared for the 2010 year, after which the construction of a prototype began. At the end of the same year, the first copy of the Niobium complex passed the customer’s acceptance, and in 2011, its tests started. 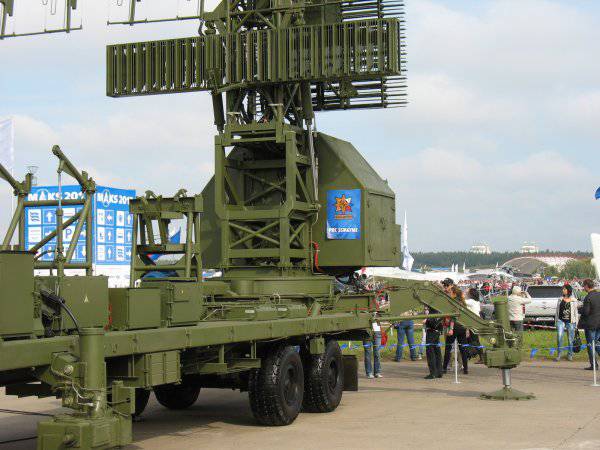 The radar 55Ж6УМ consists of several modules mounted on a wheeled chassis. It is an antenna-hardware complex, a control cabin with calculation stations and an autonomous power supply system with its own generators. After arriving at the position, the calculation of the radar station makes the deployment of technical means and their preparation for work. Some promotional materials contain ambiguous information about deployment time: the indicated time around 5 minutes looks doubtful. For comparison, the deployment of the Sky-U station takes more than 20 hours. Probably, an error has crept into the advertising materials on the Niobium radar, which is why the real time of system preparation exceeds the specified one several times.

As part of the antenna-hardware complex radar "Niobium" has an antenna with an active phased array, providing the complex high performance. Radar "Niobium" can control the airspace in the radius from 10 to 600 kilometers without azimuth restrictions. The maximum detection height of the target is 80 km at elevation angle from 0 ° to 30 °. When the goal is accomplished, the maximum elevation angle increases to 50 °. The maximum target speed at which its detection and tracking is possible is 8000 km / h. To ensure high detection performance, the altimeter and rangefinder stations operate in different ranges, in meter and decimeter respectively.

A conventional target with an effective dispersion area of ​​1 sq. Meters, flying at an altitude of 30 km can be detected at a distance of 430 kilometers. The electronics of the station "Niobium" has resolution in range up to 500 meters and in direction to the target up to 5,4 °. The mean square error in range for a target with an EPR of 1 sq. M is equal to 80 meters, and in azimuth is 15 minutes. The performance of electronic equipment allows you to simultaneously conduct up to 200 tracks. The rate of issuance of information - 10 with.

Several organizations are involved in the production of 55ЖХNNUMXUM Niobi radar stations. The final assembly is carried out by the Nizhny Novgorod machine-building plant. Some components produce related businesses. For example, the Novosibirsk plant Elektroagregat in the spring of 6, began the production of power supply systems for the new radar. This kind of collaboration will continue over the next few years.

In the near future, the production of serial radar stations of the Nebo family, including Niobium, will continue. Over the coming years, the armed forces will receive several sets of radar stations of various modifications. 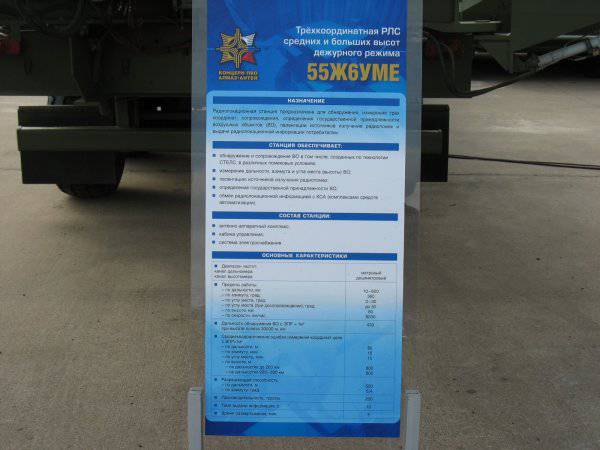