January 16 2014
107
Before the Olympics, more and more talk in the media and various public organizations and foundations is devoted to the possible development of the situation in the North Caucasus after the Winter Games. Most professional experts and, say, amateur experts agree that major changes can be expected in the region. At the same time, some are confident that the changes will go exclusively from the top down, that is, the federal government will begin, as they say, tighten the screws and ask for each allocated ruble, while others believe that the changes can go in a different direction - either in the form of rapid growth of social tension associated with the economic turmoil and oddities of the political organization of the subjects of the federation of the North Caucasus Federal District, or in the form of universal fraternization within the framework of a single state and regional concept. 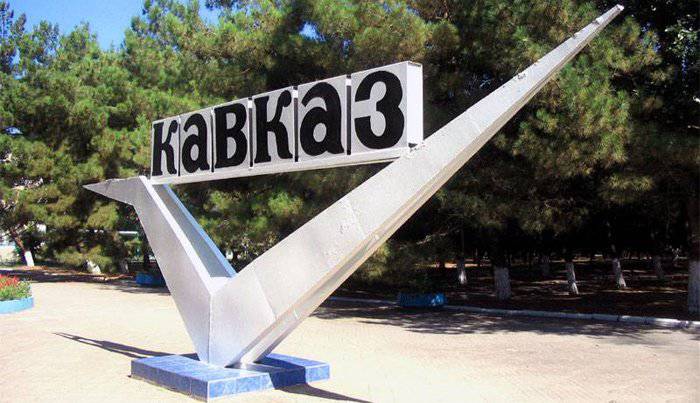 A large-scale study of the current situation in the regions of the North Caucasus and the designation of ways for the further development of the region are published by the Gaidar Institute for Economic Policy (hereinafter the Gaidar Institute). 14 January 2014 of the year Institute staff Konstantin Kazenin and Irina Starodubrovskaya published a detailed report, the name of which looks like “The North Caucasus: Quo vadis?”, Which you can fully read on the website "Polit.ru". The report was presented to the members of the notorious Committee of Civil Initiatives, headed by the well-known Aleksey Kudrin.

The authors of the report, as follows from the preface, tried to carry out work for those people who do not study Caucasian problems specifically, but they really want to understand it. And since the report was presented to the OIG, then, apparently, the first person who wants to understand the North Caucasian issues so much, without plunging into it, is Mr. Kudrin, or the ex-Minister of Finance together with his entire committee in this case acted as an audience. , on which the staff of the institute Gaidar simply "run in" the report.

So, the first thing that Mr. Kazenin and Mrs. Starodubrovskaya focus on is the question of the maturing of the Caucasian crisis. The authors emphasize that there are crisis prerequisites (to be honest, it would be strange if the staff of the Gaidar Institute did not reveal such prerequisites in the North Caucasus Federal District) and note that they are mainly connected with a high percentage of federal subsidies (three times the budget investments exceeded the national average) , with increasing conflict in terms of the distribution of funds allocated from the federal budget, is already at the level of the North Caucasus regions themselves, with a poor investment climate in the region, poorly functioning “vertical lifts” "The lack of coordination among the different regional management structures.

As they say, the diagnosis is made. The diagnosis, it should be noted, is quite accurate, but this diagnosis is, by and large, well known to both the “patient” himself and all those around him (that is, all the other regions of the country). Everyone is well aware that social tensions are a result of economic insecurity (low incomes of the population, high unemployment), the existence of a clan system of leadership of individual territories, large amounts of corruption among regional officials. Everyone understands that the large-scale subsidies to the region cannot be infinite, especially since such subsidies do not lead to real positive results in the North Caucasus Federal District. Everyone understands that radical organizations are ready to take advantage of economic problems that can stop at nothing, which ultimately strikes both the image of the region as a whole and the image of the peoples of this multinational and multi-confessional region.

However, to know the "diagnosis" and understand what methods of "treatment" to use in this case, up to the complete recovery of the "patient" are two different things. Today, all those who are not lazy are engaged in diagnostics today, but who will suggest truly productive methods of overcoming the imminent crisis?

If we turn to the same report by employees of the Gaidar Institute, then the North Caucasus is suggested to use the quotation: “activity from below” as a way out of the crisis. Such use, according to the authors of the report, should be based on the support of local initiatives, on the creation of conditions for the development of modernization centers within the informal economy, on dialogue with civil society (and the report’s authors believe that civil society is very active in the North Caucasus region) tradeoffs between different stakeholders.
In this regard, the speakers draw the most favorable scenario for the development of the NCFD, called the scenario of civil reconciliation, when the government is elected solely on the basis of direct elections, when civil society regulates the socio-political processes in the region, when even force actions get under civilian control, when militants are adapted to peaceful life, and when North Caucasian youth get access to social elevators.

Well, the findings in the report are certainly benign. They even resemble something similar to the outlined sermon of a priest. That is, everything is approximately at the next level: in order to live in Russia (particularly in the North Caucasus), life has become wonderful, you need to stop everyone drinking, smoking, using foul language, starting to plant trees and corrupt officials, then sow the fields, turn in weapon (if there is), everyone to embrace, kiss and give each other a bouquet of violets ... Well, if at a medical level, then something like this: a patient has a sore heart, a sick liver, sore lungs, sore blood vessels, kidneys and joints, which means to cure it, you need to transplant the heart, liver, lungs, joints, blood vessels and kidneys ...

But who exactly and how will change the “organs”, who will give violets and show initiative about universal fraternization and mass kisses? .. If the federal center continues to do this, then the North Caucasus is unlikely to leave the situation it is in today. If someone believes that the elected leaders of the subjects of the North Caucasus Federal District will do this “honestly and plainly”, then several questions arise at once: first, who will control the “fairness and transparency” of the elections, secondly, how “honest and simple” »The elected official in general will be ready to transfer the power to another person in the next elections just as honestly and transparently. Obviously, for the current North Caucasus, the very phrase “transparent elections” is more like an oxymoron, as it is also obvious that almost any “lawfully elected” will try to stay in power for as long as possible without disdaining to use the dirtiest technologies.

Words of compromise between stakeholders look no less naive. After all, the interested parties here are not only the authorities and the people, but also radical (including external) forces whose task is to do everything so that the people and authorities speak different languages, so that the region is mired in violence, economic and political squabbles. And is a compromise possible at all, if a corrupt official will act a priori as one of the parties to the dialogue? In this case, a compromise is possible only at the level: gild a pen and do what you want. But if so, then almost the entire North Caucasus today lives on the platform of such a compromise ...

It turns out that the scenario described by the staff of the Gaidar Institute is a real utopia that has nothing to do with the objective North Caucasian reality. Today it is extremely naive to talk about some mature civil society in the same Dagestan or Ingushetia, as it is naive to believe that representatives of such regional “civil society” can change the situation themselves, “from below”. Moreover, such an idea, in the end, can only exacerbate the existing crisis, because radical forces, fueled, including from abroad, can take these liberal theses as a bait for the peoples of the North Caucasus - they say, inside Russia will not allow to realize the scenario of "civil reconciliation", which means - go ahead! - without Russia, against Russia! And this, Russia and the North Caucasus region itself, have already passed - the work on the mistakes has not been completed to the end today.

Ctrl Enter
Noticed oshЫbku Highlight text and press. Ctrl + Enter
We are
"Rebellious Venezuelan Aviation." In memory of the commandant Hugo Chavez is dedicatedResearch RAS: Does the North Caucasus want to be part of Russia?
Military Reviewin Yandex News
Military Reviewin Google News
107 comments
Information
Dear reader, to leave comments on the publication, you must sign in.