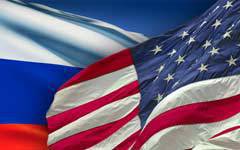 Russian soldiers are very necessary to the owners of the Western project, the Great War is already making itself felt, the first flashes.

A, the West loves to use Russia to their advantage. The world begins to form the camp of opponents of the Western project, so for London and Washington, you need to drag Russia into your "camp" at any cost.

The latest "signals" of the West:

- Speaking at a conference in Washington, organized by the Pentagon Agency for Missile Defense and the American Institute of Aeronautics and Astronautics, which was devoted to missile defense, US Undersecretary of State Ellen Toscher said that "they will soon be able to reach an agreement" with Russia on cooperation in the field of missile defense, ITAR reports Tass According to the Deputy Secretary of State, Washington and Moscow discuss missile defense issues "being conducted simultaneously through two channels - a bilateral presidential commission established by the leaders of the two states in July 2009, as well as within the Russia-NATO Council." “Defense Minister Robert Gates is now in Russia,” continued Toscher. “I also met with my Russian colleagues two weeks ago in Moscow and will again discuss missile defense issues with them over the coming weekend in Brussels.” According to her, "the United States wants Russia to be with them inside a tent called missile defense, and not outside it." “Our cooperation on missile defense has great potential,” said Toscher. - Russia has valuable elements of the antimissile system, for example, radar. We could start by sharing information about launches, joint exercises. ”

The fact that negotiations are under way, and intensively and simultaneously via several channels, is indeed not a secret.

- As part of his trip to Russia, US Secretary of Defense Robert Gates, during a meeting with his Russian counterpart Anatoly Serdyukov, intends to offer March 22 of March to establish an exchange of students for military universities between the two countries. "We would welcome the exchange of students between educational institutions of Russia and the USA. It would be useful for the military of both countries to learn from each other, to get to know each other," he said, answering questions from listeners at the Naval Academy on Monday. Kuznetsova in St. Petersburg. At the same time, according to Gates, such an exchange would be useful at all levels - among senior officers, junior and even sergeants.

- R. Gates said that in a conversation with Russian Defense Minister A. Serdyukov, he invited Russia to take part in a military rally against Libya.

- Brazil: the Brazilian government demanded an early ceasefire in Libya. This is stated in the note distributed on Monday by the Foreign Ministry of the country. "The Brazilian government regrets the human casualties suffered during the conflict and expects the actual cease-fire to be reached at the earliest possible time," the statement said. The Brazilian Foreign Ministry also expressed the hope that the truce would be able to protect civilians and "create the conditions for resolving the crisis through dialogue."

- China, called for an immediate ceasefire in Libya, reports the Associated Press. A spokesman for the Chinese Ministry of Foreign Affairs, Jiang Yu, said that Beijing is insisting on moving to peace talks to resolve the situation in Libya.

- Russia: The Ministry of Foreign Affairs called for stopping a military operation that violates a UN resolution. Prime Minister Vladimir Putin called the intervention of the West “an unscrupulous crusade.” On March 22, Putin suggested that those involved in the events in Libya "pray for the salvation of the soul."
“Unfortunately, recent events show that real fighting began in Libya, as a result of which civilian targets suffered, civilians were killed. We couldn’t allow this. We brought our position to our American colleagues,” said Serdyukov after meeting with the Secretary of Defense USA by Robert Gates.


- The countries of the “Bolivarian block” - Venezuela, Bolivia, Nicaragua, Ecuador and Cuba, opposed the intervention. In recent days, Hugo Chavez made several statements on events in Libya. He is convinced: The Western coalition attacked this Arab country in order to seize the richest hydrocarbon reserves and physically destroy Gaddafi. Daniel Ortega called on the countries of the Western coalition to "think again and understand the Gadhafi proposal to establish a dialogue." Reports of protests against aggression against Libya come from all Latin American countries. At the international seminar 42's center-left parties in Mexico adopted a declaration on the Libyan issue. Among the signatories are representatives of the ruling parties: the Movement to Socialism (Bolivia), the Wide Front (Uruguay), the Workers Party (Brazil), the National Liberation Front of Farabundo Marti (El Salvador) and others.

Bolivian President Evo Morales said on Monday that he was in favor of an immediate end to the military aggression of the coalition forces in Libya and the creation of an international commission to resolve the situation in this Arab country. "As a peaceful country, we ask for an immediate end to the invasion and armed aggression in Libya, and we also call for the establishment of a high-level international commission headed by the UN Secretary-General, (representatives) of the League of Arab States and the African Union for a peaceful solution to the contradictions and problems in Libya "Morales told reporters at a press conference in the administrative capital of the country, La Paz. Morales - "you can not protect human rights, while violating them and dropping bombs on hospitals, killing civilians."

- The aggression was condemned by the second largest country in Latin America - Argentina.

- The head of the Ministry of Foreign Affairs of the Republic of Cyprus, Marcos Cyprianou, stated the need for an immediate cease-fire in Libya. Speaking at the Council of Ministers at the level of foreign ministers in Brussels, he stressed that the main goal of the international community should be an immediate cease-fire and ensuring the protection of civilians. We must strive to resolve the crisis in Libya in the framework of the peace process and dialogue, the minister said. According to him, the process of democratic change should be in the hands of the Libyan people, and not be imposed as a result of foreign intervention.

- Aggression was condemned by the President of Zimbabwe, Robert Mugabe. He sharply criticized the United States, Britain and France, which, according to him, distorted the meaning of the UN Security Council resolution on the introduction of a no-fly zone.

“The West is acting in the same hypocritical manner as before,” Mugabe told a press conference in Harare. “He presented the resolution as a resolution to bombard any place of his choice, including even the homes of civilians. The West is bombarding Libya with a cowardly manner doesn't bother who perishes. " According to Mugabe, African and Arab countries were wrong in supporting the resolution on Libya in the UN Security Council. “Now, the resolution is not going anywhere, it’s adopted, and this is our mistake,” the President of Zimbabwe stressed, according to ITAR-TASS. “We did not agree with the form of government that existed in Libya, but, nevertheless, Libya is a member of the African Union, and we expected it to change its system on its own. Now the West is taking advantage of this support, and tomorrow it will be able to take over Libya’s resources, primarily oil. "

- This solution is not popular in the States themselves, the Pentagon performs it without enthusiasm. The opening of the "third front" in the Middle East is a mistake by the Obama administration and unpopular among Americans. 21 in March was told by Ariel Cohen, a former consultant for the United States Agency for International Development, the World Bank, the Senate and the United States Government, and a leading analyst at the Heritage Foundation research foundation.

Thus, there has been a split, the front of the future Great War - North - South. Europe was “set up”, now London, Paris, Madrid, Rome and others. “Trifles” started a war with the Islamic world. Their satellites are the monarchies of the Persian Gulf, but the allies of them are bad, "the earth is burning under their feet." The rotten "elite" of monarchies is hated by most of the inhabitants of their own countries.

Berlin, it can still “go away”, there are chances, the Germans have twice been substituted, they did not fight for their own interests.

of Russia you also do not have to get involved in not your own war, you need to strengthen the defense, restore the economy, introduce demographic programs to restore the Russian people and other small peoples of the Russian civilization, which are also dying out. No need to fight for the Western machinists, with the South, we may have a strong, strategic partnership.

The later we begin to fight, the better, because the war is still almost inevitable. It is very good for us that the main front is open in the strategic direction North-South, and not West-East. The main thing is not to get into the camp of the North.